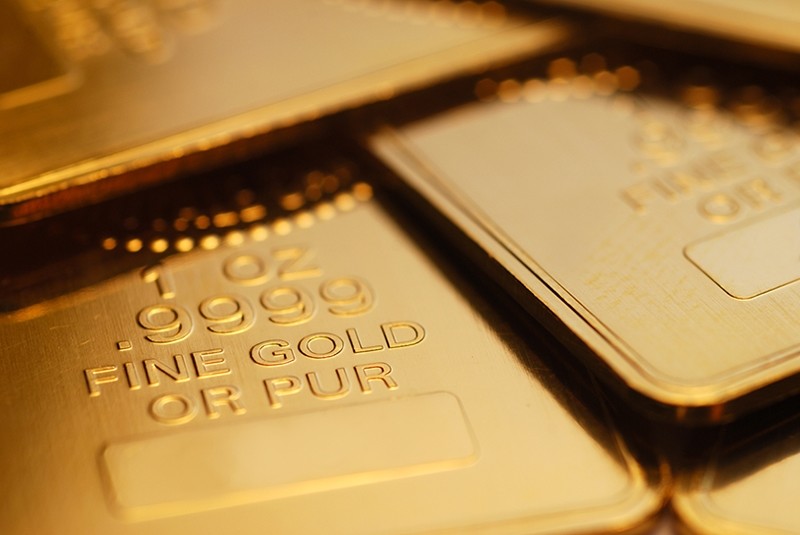 Gold prices slid on Friday to their lowest in more than a week as the dollar rose due to easing trade tensions and demand for the precious metal was weak due to expectations of higher U.S. interest rates.

U.S. gold futures slipped 0.5 percent to $1,240.9 an ounce. Tensions between the United States and China eased after U.S. Treasury Secretary Steven Mnuchin said on Thursday talks between the world's two largest economies could be reopened if Beijing was willing to make significant changes.

A rising U.S. currency makes dollar-denominated gold more expensive for holders of other currencies, which potentially weighs on demand.

"When the dollar rises we see gold falling, but when the dollar falls we don't see gold recovering because there is very little appetite for gold at this time," said ActivTrades analyst Carlo Alberto De Casa.

Expectations are for another two rate rises this year and three in 2019. Investors retreating from gold can be seen in the largest gold-backed exchange-traded-fund (ETF), New York's SPDR Gold Trust GLD, which has seen its holdings fall more than 8 percent since late April to below 26 million ounces.

More platinum than palladium is used in diesel engines, whose sales have fallen since Volkswagen was found in 2015 to have cheated in emissions tests.