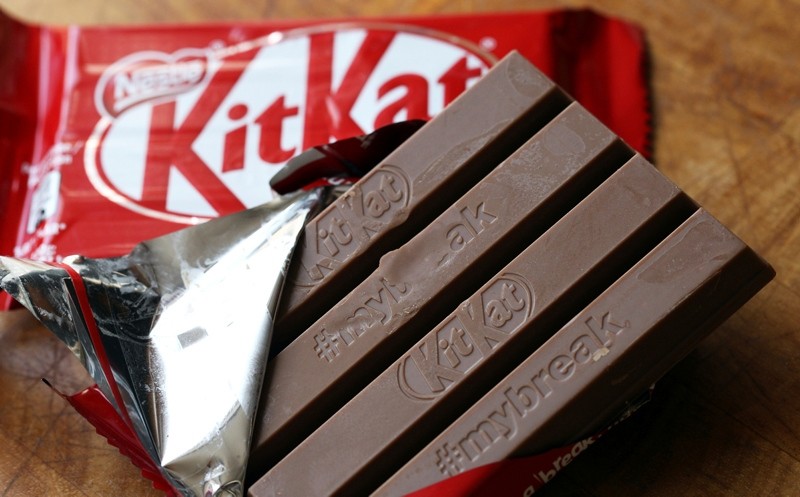 Nestle has been locked in a blockbuster legal war with U.S. rival Mondelez, maker of Cadbury chocolate, over the four-fingered wafer biscuit which was first sold in 1935.

In a closely watched case, the European Court of Justice said the EU's intellectual property office must go back to the drawing board and revisit its 2006 to decision to grant Kit Kat an EU trade mark based on its shape.

But in a break for Nestle, the Luxembourg-based ECJ did not cancel the trade mark outright, as suggested by the court's top advisor in April, with the EU intellectual property office now tasked to re-visit the trademark.

"Today no one has won, no one has lost. Nestle has saved time because its brand remains registered for the time being," a court source told AFP.

"But Nestlé did lose a battle as it would have preferred a full confirmation of the EU Intellectual Property Office (EUIPO) decision," the source added.

The EU's intellectual property office allowed Nestle in 2006 to trademark what the court calls the "three-dimensional shape of the 'Kit Kat 4 fingers' product".

This trademark has helped keep copycat candy-bars out of grocery stores, and punished the development of similar treats owned by Mondelez, including the Norwegian favourite Kvikk Lunsj, a Kit Kat doppelganger.

The EU's intellectual property office "must reconsider whether the three-dimensional shape of a '4 Finger KitKat' can be retained as an EU trade mark," a court statement said.

At issue is that the food giant specifically failed to provide evidence that the Kit Kat shape was well enough known in Belgium, Ireland, Greece and Portugal.

A lower EU court "was right to annul the EU's intellectual property office decision, in which it concluded that distinctive character had been acquired" without including those countries in the case, a statement said.

The trade mark criteria "must be shown throughout the EU," it said.

Nestle has already lost a legal bid in Britain -- currently an EU member state but set to leave next year -- to trademark the Kit Kat shape.