Ryanair warns of over 300 potential job cuts in Dublin overhaul 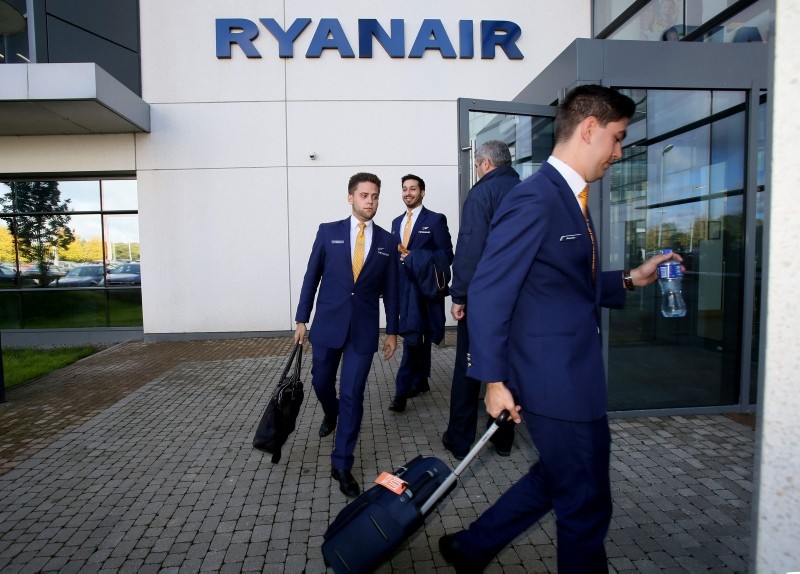 Ryanair said in a statement that it has issued 90-days notice to more than 100 pilots and over 200 cabin crew, under plans to slash its Dublin fleet from 30 to around 24 aircraft for this winter.

The carrier, which faced yet more walkouts this week, said that there had been "a downturn in forward bookings and airfares in Ireland partly as a result of recent rolling strikes by Irish pilots".

The industrial action "has had a negative effect on high fare bookings and forward air fares as consumer confidence in the reliability of our Irish flight schedules has been disturbed", it said.

The no-frills carrier that the overhaul was also partly driven by the "rapid growth" of Ryanair Sun, which is its profitable Polish charter airline.

Ryanair Sun will now offer over 10 aircraft to Polish tour operators. That is double the five planes it offered for the summer 2018 season.

The group will begin redundancy consultations with affected staff, and will offer transfers to Poland to minimize redundancies.

"We regret these base aircraft reductions at Dublin for winter 2018, but the board has decided to allocate more aircraft to those markets where we are enjoying strong growth (such as Poland)," said chief operating officer Peter Bellew.

"This will result in some aircraft reductions and job cuts in country markets where business has weakened, or forward bookings are being damaged by rolling strikes by Irish pilots."

He added: "If our reputation for reliability or forward bookings is affected, then base and potential job cuts such as these at Dublin are a deeply regretted consequence".

On Tuesday, dozens of Ryanair's Ireland-based pilots staged their third 24-hour strike in an ongoing dispute over working arrangements including annual leave and promotions.

The action has led to the cancellation of 16 flights affecting some 2,500 customers.

And on Monday, Ryanair revealed that first-quarter profit dropped more than a fifth on higher fuel costs and pilots' salaries.

Profit after tax slid 22 percent to 309.2 million euros ($362 million) in the three months to the end of June compared with a year earlier.

Cabin crew in Spain, Portugal, Belgium and Italy are going on strike on Wednesday and Thursday, leading to the cancellation of 600 flights over two days and affecting 100,000 passengers.