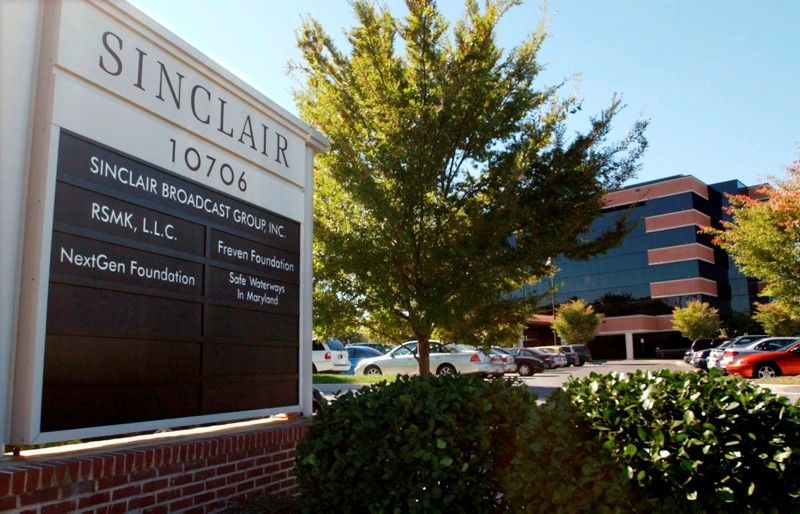 Tribune withdrew from its $3.9 billion buyout by Sinclair, ending a bid to create a massive media juggernaut that could have rivaled the reach of Fox News.

Tribune Media Co., which is on the hook for a $135 million breakup fee, said Thursday that it is filing a lawsuit against Sinclair, citing breach of contract.

Sinclair Broadcast Group Inc. wanted the Chicago company's 42 TV stations and had agreed to dump almost two dozen of its own to score approval by the Federal Communications Commission. The media company which has enjoyed the support of President Donald Trump, appeared to be cruising toward approval by U.S. regulators.

Last month, however, FCC Chairman Ajit Pai said that he had "serious concerns" about the deal, saying that Sinclair might still be able to operate the stations "in practice, even if not in name."

Tribune, based in Chicago, claimed Thursday that Sinclair used "unnecessarily aggressive and protracted negotiations" with the Department of Justice and FCC over regulatory requirements and that it refused to sell the stations it needed to.

Sinclair operates 192 stations, runs 611 channels and operates in 89 U.S. markets. It would have been able to expand rapidly into numerous new markets with the Tribune acquisition.

The media company has become a significant outlet for conservative perspectives.

It was admonished by media watchdogs in April after dozens of Sinclair news anchors read an identical script expressing concern about "one-sided news stories plaguing the country." President Donald Trump tweeted his support of the company at the time. Sinclair defended the script as a way to distinguish its news shows from unreliable stories on social media.

The Maryland company did not immediately respond early Thursday to a request for comment from The Associated Press.