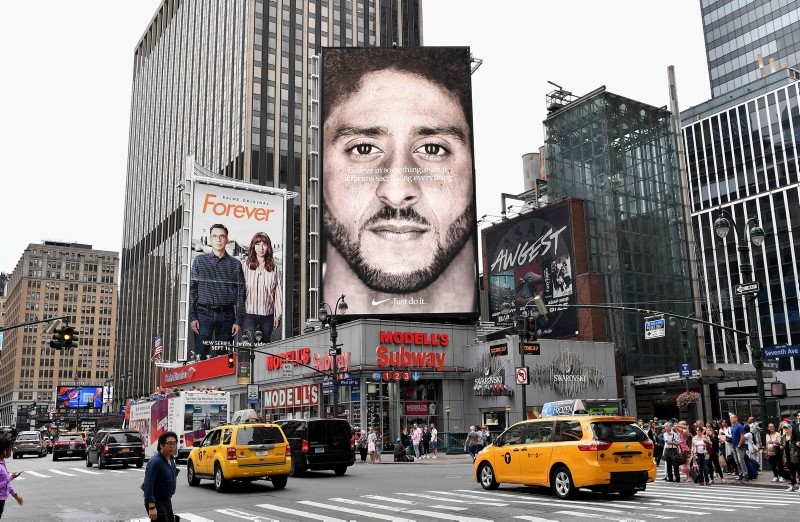 According to research analyst Edison Trends, the risk the U.S. sportswear giant took after featuring Kaepernick who has been in the spotlight for his protests during the games national anthem' has paid off.

Trends notes that the company's online sales have increased by 31 percent a few days after the launch of the campaign.

President Donald Trump has been critical of athletes taking a knee during the national anthem and has said he would love to see NFL owners fire football players who disrespect the American flag.

In an interview with Fox News on Thursday, Trump said "I don't like what Nike did. I don't think it's appropriate what they did."

Kaepernick, who triggered a political firestorm after kneeling during the U.S. national anthem in 2016 to protest racial injustice, has not played in the NFL since early last year.

Nike, which confirmed on Monday that Kaepernick was part of the campaign and called him "one of the inspirational athletes of his generation," did not immediately respond to requests for comment on Tuesday.