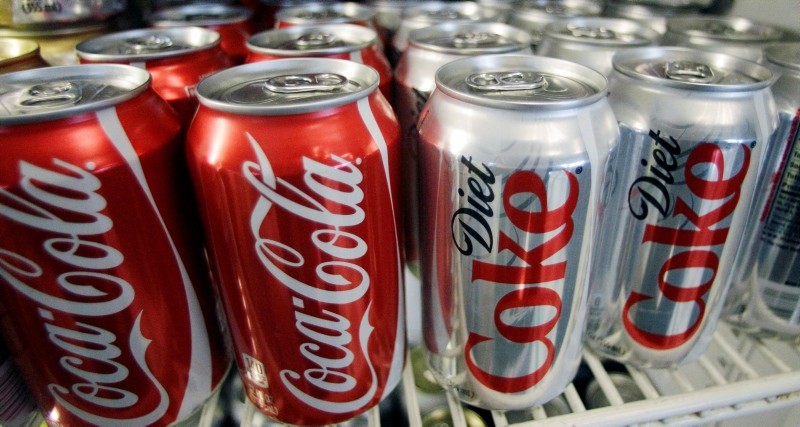 Coca Cola Company said on Monday it was closely watching the growing cannabis-infused drinks market, responding to a media report that the world's largest beverage maker was in talks with Canada's Aurora Cannabis Inc.

The discussions over a possible product tie-up, reported by Canadian financial channel BNN Bloomberg, could open a new front in Coke's battle to overcome sluggish demand for its sugar-heavy sodas by diversifying into coffee and health-focused drinks.

The report said there was no guarantee that talks between the companies would be successful but Aurora shares responded by soaring 22 percent. Coke stock gained slightly on a New York market weakened by concerns over trade tariffs.

The cannabis industry has been attracting interest from a handful of big corporate names as Canada and a wave of U.S. states move to legalize recreational use of the drug.

However, U.S. corporations are still cautious about taking steps into a business that remains illegal under U.S. federal law.

Both Coke and Aurora, in separate statements, said they were interested in cannabidiol infused beverages but could not comment on any market speculation.

Coke and Aurora would likely develop beverages that will ease inflammation, pain and cramping, the BNN report said, citing sources familiar with the matter

A partnership between Coke and Aurora would mark the first entry of a major manufacturer of non-alcoholic beverages into the market for cannabis-related products, up till now a hunting ground almost solely for the alcohol industry.

The size of the Constellation investment, announced a month ago, sparked speculation of other buy outs, investments and partnerships in the industry, pushing Canadian cannabis stocks higher.

"We continue to expect to see more deals between Canadian cannabis companies and the larger players in the global alcohol market who have yet to gain exposure to the category," Cowen analyst Vivien Azer said.

Azer said he would not be surprised by a similar move from Pepsi with "with CBD seemingly a good compliment to their market share leading Gatorade franchise".