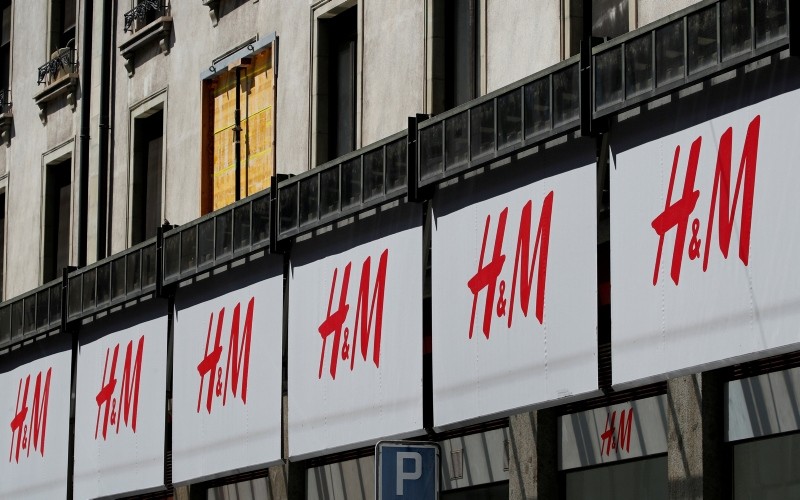 Fashion giant H&M is failing to fulfill a pledge to ensure garment workers who supply its high-street stores are paid a fair "living wage", forcing many employees to work excessive hours in order to survive, civil society groups said on Monday.

Based on interviews with 62 people in six H&M supplier factories in Bulgaria, Turkey, India and Cambodia, campaigners said none of the workers earned anything near a so-called living wage that would allow them to cover their families' basic needs.

Major brands are under growing pressure from campaigners and consumers alike to improve working conditions along their global supply chains, and render them free of exploitation and slavery.

The Clean Clothes Campaign (CCC) said Sweden's H&M - the world's second-largest fashion retailer after Zara owner Inditex - had not met a commitment made in 2013 to ensure its suppliers would pay a living wage to some 850,000 textile workers by 2018.

"H&M needs to take action immediately to stop the scandal of poverty wages and workers' rights violations," said Bettina Musiolek of the CCC, an alliance of labor unions and charities.

However H&M - which has more than 4,800 stores in 69 nations - said it had reached at least 600 factories and 930,000 garment workers with its fair living wage strategy, and did not share the CCC's view of how to create change in the textile industry.

"There is no universally agreed level for living wages, and wage levels should be defined and set by parties on the labor market through fair negotiations between employers and workers representatives, not by Western brands," a H&M spokeswoman said.

The CCC report found that workers in H&M supplier factories in Cambodia earned less than half the estimated living wage, dropping to about a third for those living in India and Turkey.

Many worked overtime hours that exceeded the legal limit without being properly paid, while others were only paid the minimum wage if they worked extra hours and met their quota, which the United Nations defines as forced labor, the CCC said.

"Instead of empty public relations talk, we want to see transparent changes in the real wages of workers in H&M's supply chain," Judy Gearhart, executive director of the U.S.-based International Labor Rights Forum (ILRF), said a in statement.

The ILRF urged H&M to publish a road map with time-bound, measurable wage increase targets and outline how they will change purchasing practices to ensure workers get a living wage.

"However the issue of living wages is bigger than one brand, and too few companies have initiatives to drive up wages," said Peter McAllister of the Ethical Trading Initiative, a group of trade unions, companies and charities of which H&M is a member.

"If we are to make sure all garment workers receive a decent wage then encouraging industry-wide action must be a priority," the group's chief executive told the Thomson Reuters Foundation.