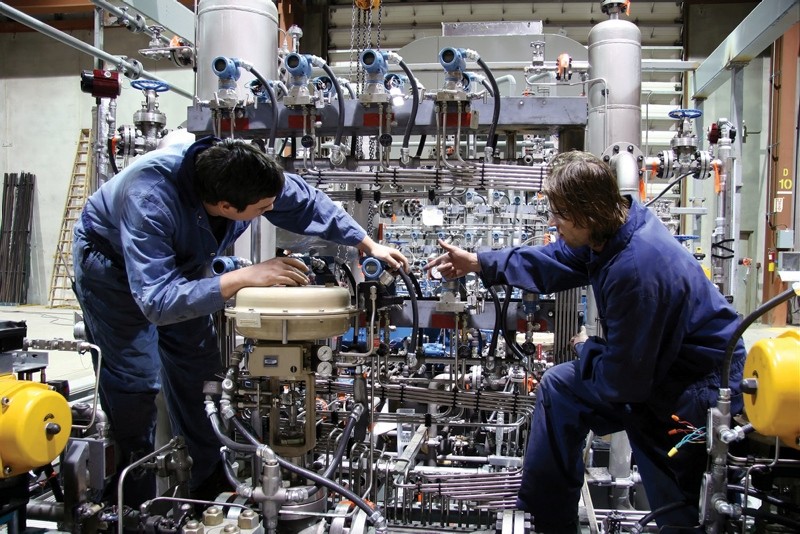 Turkey's total exports increased by 7 percent to reach $123 billion, while machinery exports rose 17 percent to $12.4 billion, between January and September this year.

Chairman of the Machinery Exporters' Association Kutlu Karavelioğlu said that the complementary element in the steps to reduce investment, production and input costs, as a part of the government's anti-inflation program, is the use of domestic machinery.

"In our sector, which has an $18 billion year-end target at the end of the third quarter, the ratio of exports to imports rose to 58.6 percent. We want to take this momentum into the domestic market," Karavelioğlu said.

The top three markets for Turkish machinery were Germany, the U.S. and the U.K. The total value of machines exported to Germany exceeded $1.8 billion. During the same period exports to the U.S. and U.K. grew more than 22 percent. Russia was also one of the export destinations that saw a lot of increase. Machinery exports to Russia in the first nine months of the year surged by 43 percent, exceeding $300 million. The most exported goods group to Russia was machine tools, followed by machines used in construction and mining, as well as pumps and compressors.

Karavelioğlu said that one of the main highlights of the All-out Fight against Inflation Program was to support value-added production in the country and reduce the dependence on imports.

"We believe that the development of the machines used for the products and services in machinery manufacturing sector, where all the technologies we need in daily life are developed, together with the investors and machinery manufacturers is the only way for the technology to be localized and nationalized," he said. "The reason why the state supports technology-oriented cooperation projects between major companies and small and medium-sized enterprises (SMEs) is to reduce the dependence of our industry on foreign technology."

Among the top 10 most exported goods, construction and mining machines increased by 28 percent, machine tools by 24 percent, and pumps and compressors by 23 percent.