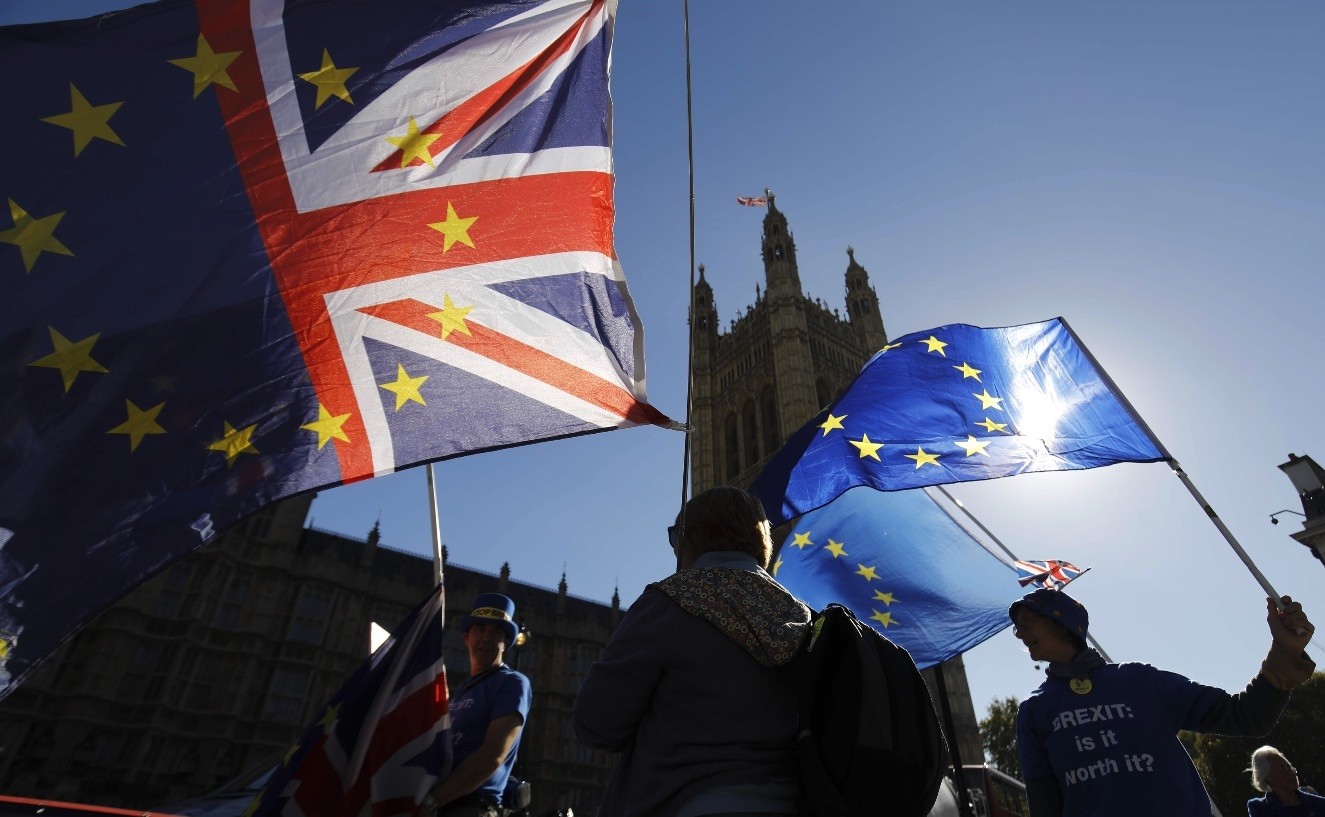 Anti-Brexit campaigner Steve Bray (L) and other activists stand outside parliament with EU and Union Flags as they protest in Parliament Square in London, Oct. 9.
by reuters
Nov 05, 2018 12:00 am

More than 70 business figures are calling for a public vote on the final terms of Britain's exit from the European Union, warning that the country faces "either a blindfold or a destructive hard Brexit", the Sunday Times reported. Firms are increasingly worried about the prospect of Britain leaving the world's biggest trading bloc in March without an agreement, or that politicians will sign up to a deal that limits companies' access to the continent's markets.

A new group called "Business for a People's Vote", which includes Justin King, former boss of the Sainsbury's supermarket chain, and John Neill, head of the car parts supplier Unipart, is to be launched as campaigners raise the pressure on politicians.

London and Brussels hope to conclude a deal this month, but in a letter, the business figures warn of potential negative consequences. "We are now facing either a blindfold or a destructive hard Brexit. Both these options will further depress investment," the Sunday Times quoted the letter as saying. "They will be bad for business and bad for working people. Given that neither was on the ballot in 2016, we believe the ultimate choice should be handed back to the public with a People's Vote."

Britain's Brexit ministry said it was confident of securing a deal that works for businesses and reiterated the government's opposition to a second referendum.

The people of the United Kingdom have already had their say in one of the biggest democratic exercises this country has ever seen and the prime minister has made it clear that there is not going to be a second referendum," said a spokesman.