Many pilots not told about new features in Boeing 737 airplanes 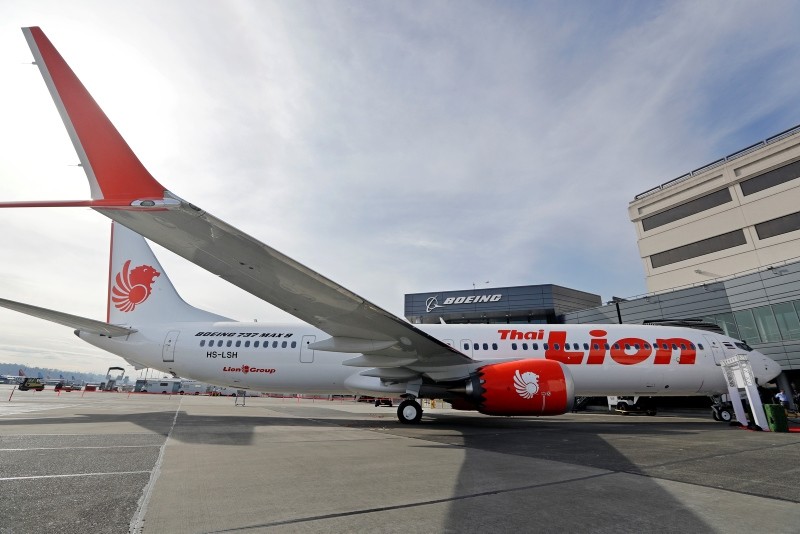 Questions swirled Wednesday about how Boeing had failed to tell airlines and pilots about changes to an anti-stall system suspected in last month's fatal crash in Indonesia.

Investigators are examining whether the system, which is meant to prevent aircraft from stalling, was tied to the crash of Lion Air Flight 610.

The Boeing 737-MAX plunged into the Java Sea on October 29, killing all 189 people aboard.

The mid-range jet's engines are heavier than those installed on prior versions, meaning the plane can stall under different conditions.

Boeing made modifications to the anti-stall system without informing air carriers and their crews, according to the Allied Pilots Association.

"We should have been informed," said APA spokesman Dennis Tajer. "It is just silly."

"How this happened is definitely something which has to be resolved," said Tajer, who pilots 737s himself. "Boeing will have to answer to that."

Boeing did not respond to AFP requests for comment. On Tuesday, the aircraft manufacturer said it was focusing on cooperating with investigators.

American Airlines Group Inc said it was "unaware" of some functions of an anti-stall system on Boeing's 737 MAX until last week.

"We value our partnership with Boeing, but were unaware of some of the functionality of the Maneuvering Characteristics Augmentation System (MCAS) installed on the MAX 8," an American Airlines spokesman said.

"We must ensure that our pilots are fully trained on procedures and understand key systems on the aircraft they fly."

In a letter to pilots on November 10, the APA said Boeing's recent "Emergency Airworthiness Directive" had not addressed the key question of incorrect readings from Angle of Attack sensors, which monitor the angle of an aircraft's nose.

The AOA "may be the causal system in the Lion Air incident," Mike Michaelis, chairman of an APA safety committee, said in the letter.

"Awareness is the key with all safety issues," he said. "You are aware this anomaly may occur and there is a mitigation procedure."

The APA says pilots should retake control to prevent a crash.

"We do not believe that Boeing would purposefully omit critical information from its operators or customers regarding key aircraft systems," said aviation expert Addison Schonland.

Airspeed indicator malfunctions had been recorded during prior flights for the jet, he added.

According to Richard Aboulafia, vice president for analysis at Teal Group, it is possible Boeing underestimated matters, believing the change too minor to mention.

A pilot who asked to remain anonymous said manufacturers such as Boeing and Airbus recommend only a few days of training for updated aircraft models such as the 737-MAX.

This is because pilots' working environment and philosophy remain unchanged, he said, adding that the 737-MAX had only two sensors and not three, like its rival Airbus A320.

An American pilot who also requested anonymity said the plane ideally should require more than one sensor to display a stall before reacting.

"If one fails, it seems odd that the automated stabilizer system would depend on only one versus requiring both to display a stall," he said.

The 737-MAX in question had only begun service for Lion Air in August.

So far, only the plane's flight data recorder has been recovered. Its cockpit voice recorder could offer crucial answers on the pilots' conduct and the alarms that sounded during the accident.