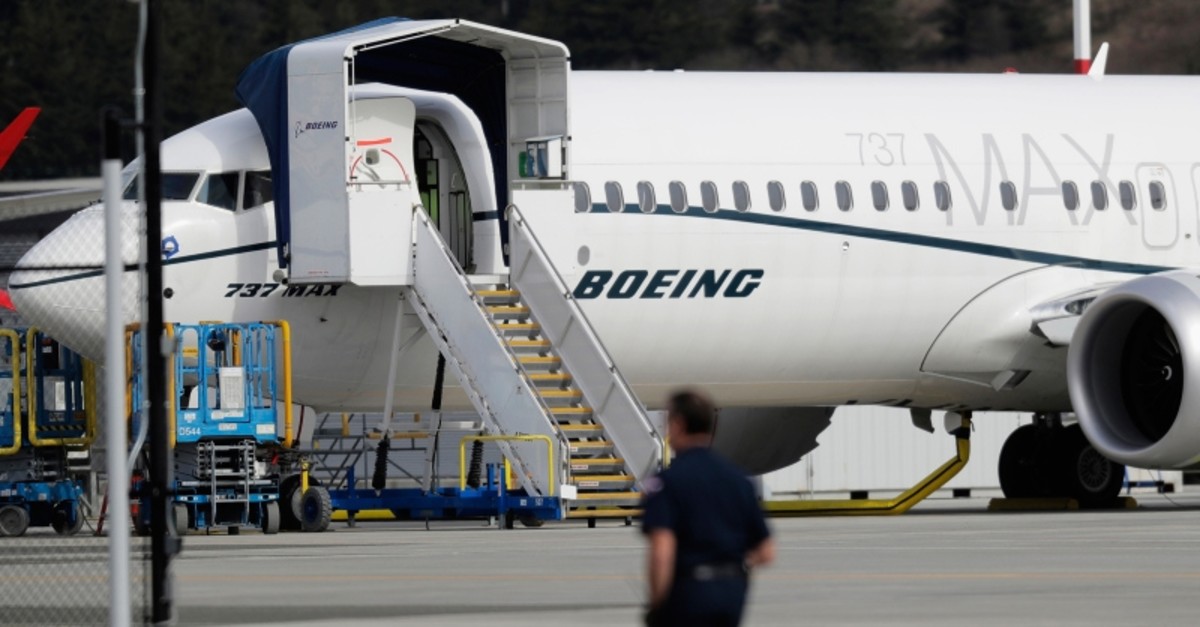 The pilots of the Ethiopian Airlines Boeing 737 Max plane that crashed last month initially took the emergency steps outlined by the manufacturer but still could not regain control, The Wall Street Journal reported Wednesday.

The airliner went down soon after taking off on March 10, killing 157 people in the second deadly crash of a 737 Max aircraft in less than five months, forcing a worldwide grounding of the model.

The first -- a Lion Air crash in Indonesia that killed 189 people in October -- led to Boeing issuing a bulletin reminding operators of emergency guidelines to override a specially developed anti-stall system on Max planes.

The pilots trying to regain control of the Ethiopian jet at first followed those procedures to switch off the Maneuvering Characteristics Augmentation System (MCAS) but failed to recover control, the WSJ said, citing people briefed on the crash investigation's preliminary findings.

They then switched the system back as they tried to find other ways to control the jet before it crashed, the newspaper added.

Its sources said "the latest details are based on data downloaded from the plane's black-box recorders."

Another report Wednesday by Reuters said the anti-stall software on the doomed jet re-engaged as many as four times after the crew initially turned it off due to suspect data from an airflow sensor, two people familiar with the matter said.

It was not immediately clear whether the crew had chosen to re-deploy the system, which pushes the nose of the Boeing 737 Max downwards, but one person with knowledge of the matter said investigators were studying the possibility that the software had kicked in again without human intervention.

The preliminary report on the accident will likely be issued this week, the Ethiopian government has said.

The MCAS is believed to have been a key factor in both 737 Max crashes. It is designed to automatically lower the aircraft's nose if it detects a stall or loss of airspeed.

Before it crashed, the pilots of the Lion Air 737 Max struggled to control it as the MCAS repeatedly pushed the plane's nose down, according to its flight data recorder.

People familiar with the investigation have said the anti-stall software was activated by erroneous "angle of attack" data from a single sensor.

Both the Lion Air and Ethiopian planes -- Max 8 models -- reportedly experienced erratic steep climbs and descents, as well as fluctuating airspeeds, before crashing shortly after takeoff.

The investigation has now turned toward how MCAS was initially disabled by pilots following an emergency checklist procedure but then appeared to repeatedly start working again before the jet plunged to the ground, the people said.

A directive issued after the Indonesian crash instructed pilots to use cut-out switches to disengage the system in the event of problems and leave it switched off.

Doing so does not shut down the MCAS system completely but severs an electrical link between the software and aircraft systems, a person familiar with the technology said.

Investigators are studying whether there are any conditions under which MCAS could reactivate itself automatically, without the pilots reversing the cut-out maneuver.

Boeing last week gathered hundreds of pilots and reporters for a presentation on proposed MCAS changes -- including the system no longer repeatedly making corrections when pilots try to regain control.

The company is anxious to win approval for a remedy that could get the planes back in the air.

But the U.S. Federation Aviation Administration (FAA), which faced harsh questioning last week at a congressional hearing regarding its oversight of Boeing, said it expected the plane maker to submit the proposed fix "over the coming weeks" after it undertakes additional work.