Ankara, Baghdad to look for ways to raise trade volume to $20B target 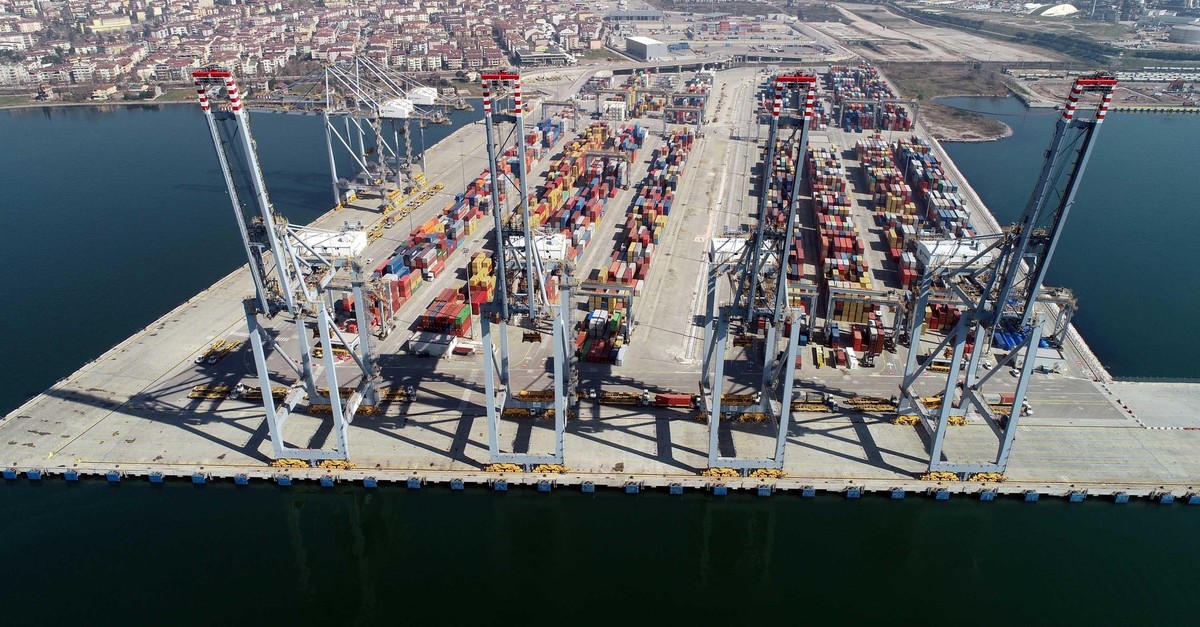 In the latest of a number of high-level bilateral visits, Turkey's trade minister will be paying a visit to Iraq to discuss economic ties, primarily the increase of bilateral trade volume. Turkey has also set up a group to deal with Iraq's water problem

Two important regional actors, Turkey and its southern neighbor Iraq have been accelerating their efforts to further improve their deepening ties in every area, particularly after the establishment of the new government in Baghdad. The will to boost cooperation has also been reflected in the recent high-level bilateral visits. Accompanied by a delegation of about 100 businesspeople, Trade Minister Ruhsar Pekcan is set to pay an official visit to Iraq later this month. On the other hand, Turkey has set up a group to solve Iraq's water problem, an issue that has also been one of the primary issues discussed between the officials of the two countries.

Trade Minister Pekcan will meet with her Iraqi counterpart Mohamed Hashim al-Ani and other ministers on June 20 and will attend the Turkey-Iraq Business Forum. Contacts during the visit said will focus on ways to increase the bilateral trade volume to the targeted level of $20 billion.

The trade minister said Iraq was Turkey's fourth top export market in 2018, when the trade volume between the two countries totaled some $13 billion last year. In that period, Turkey's exports amounted to $8.3 billion, while its imports from the country stood at $4.7 billion.

She also noted that Turkey's exports to the country in the first three months of this year increased by 3.3% year-on-year to $2 billion.

Besides for business-to-business (B2B) meetings, investment opportunities and construction projects will be covered on the sidelines of the meetings. In this context, Turkish firms operating in energy, machinery, irrigation systems, agricultural equipment, contracting, automotive, food, furniture, textile and other sectors will be seeking to strengthen their business ties with Iraqi firms.

Besides the existing sectors, Trade Minister Pekcan has emphasized that they also want other sectors such as automotive and machinery to boost their presence in the Iraqi market.

On the other hand, Pekcan has said Turkish contracting companies have so far undertaken around 987 projects valued at $25.9 billion in Iraq.

Turkish contractors paid a visit to Iraq to participate in the 11th International Building & Construction Exhibition in Irbil on April 22-25 and sought opportunities to actively engage in the reconstruction of Iraq.

Following the defeat of Daesh, Iraq has been facing the task of rebuilding the war-torn country and restoring security. As a neighboring country of Iraq, Turkey has announced that it will provide the necessary support in efforts for reconstruction.

The reconstruction would include war and terror-destroyed cities, ruined roads, buildings, damaged electricity production capacity and distribution networks and much more.

During his visit, Çavuloğlu had said President Erdoğan is expected to visit Iraq by the end of this year. Erdoğan will visit Iraq to hold the 4th High-Level Strategic Cooperation Council meeting.

EXPERTS IN TURKEY TO PREPARE WATER PROJECTS FOR IRAQ

The issue of water management with Iraq has been one of the main issues occupying the common agenda during almost all of the meetings held between the officials of the two countries.

"We have worked on water, refinement, infrastructure and drinking water supply as well as irrigation water, flood protection, stream improvement and related facilities," he added. Eroğlu said the dams in Turkey prevent floods in Iraq.

The equitable share of water in the Tigris has been a protracted issue between Turkey and Iraq, and Turkey has come to stress that it does not want water management to become a problem; therefore, Turkey stopped water retention in its major Ilısu Dam and released water for Iraqi citizens who suffered from drought last year since Iraq asked for a larger share of the river's flow amid shortages, particularly in the southern province of Basra.

Yet, the plan was rejected by Syria and Iraq, which took a different approach to the basin area between the three countries. While Turkey considered the Euphrates-Tigris basin a whole system, the two others wanted to categorize it as two separate basins during negotiations after the establishment of the Joint Technical Committee (JTC) in 1983.

After several bilateral and trilateral meetings and provisional agreements, Turkey inked a memorandum of understanding (MoU) with Iraq and Syria in 2009. The agreement stipulated the monitoring of water resources, joint projects and protocols and fighting climate change while continuing the flow of water, 500 cubic meters per second, to both Syria and Iraq.