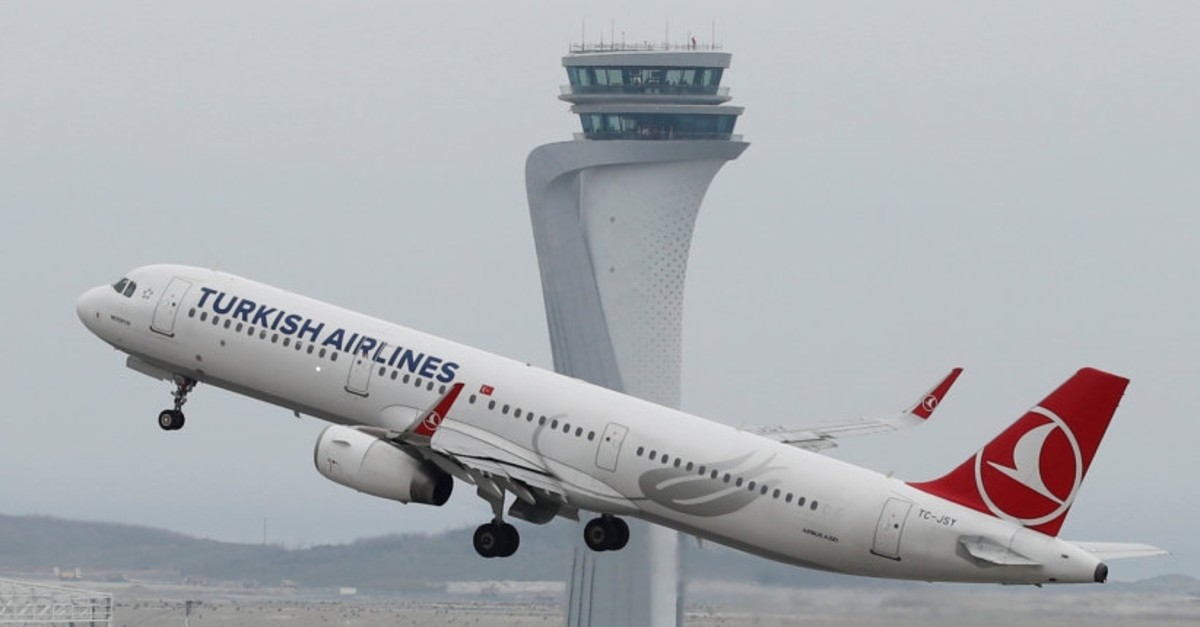 According to the 12th edition of "Turkey's Most Valuable Brands - Turkey 100" report by Brand Finance, Turkish Airlines has been listed as Turkey's most valuable brand with a value exceeding $1.7 billion. The national flag carrier was named the country's most valuable brand in 2018 as well. Besides the carrier, financial institutions mainly grabbed the top positions on the list. THY has been followed by the state lender Ziraat Bank with $1.6 billion, while the private lender Garanti Bank ranked third with a brand value of $1.3 billion.

The lenders were followed by the country's leading telecommunication operators Türk Telekom and Turkcell, respectively, with a brand value of around $1.2 billion each.

Private lender, İşbank, on the other hand, ranked sixth with a brand value of some $1.1 billion, followed by Akbank with $934 million, Arçelik with $837 million, Yapı Kredi with $647 million and Ford Otosan with $458 million.

According to the survey, the total value of Turkey's top 100 most valuable brands was calculated as $19.8 billion.

Seven new brands from various business lines were included in the list this year with Enerjisa in 31st place, Şok Market 34th, Nef İnşaat 35th, MLP Sağlık 51st, Yataş 61st, Avivasa 95th, and Desa Deri in 98th place. Koçtaş saw the highest increase in value among the top 100 brands with 19 percent, rising from 49th to 39th place, while İntema İnşaat Malzemeleri experienced the highest decrease in brand value in the said period with 73 percent, falling from 64th to 88th place.

When we look at the Turkish football clubs that could not make it to the list of the 50 most valuable football clubs in the world, Istanbul powerhouse Beşiktaş ranked first with $107 million in brand value. Beşiktaş, which came 38th among the most valuable brands of the country, was followed by Fenerbahçe with a brand value of $89 million, Galatasaray with $60 million, and Trabzonspor with $26 million.

Evaluating the data, Brand Finance Turkey Director Muhterem İlgüner was quoted by Anadolu Agency (AA) as saying that according to the study based on the 2018 data, the decrease in revenues due to both amount and exchange rate had a negative impact on brand values, suggesting that if Turkish companies, especially those operating in banking, telecommunications, food, and retail sectors, became global players and realized most of their revenues in widespread global currencies, they would be less affected by the exchange rate risk and protect their brand values.

İlgüner stressed that all companies should stay on course regarding the "global brand" target and always make efforts to make their brands valuable on a global scale, adding that this effort was of great importance for both themselves and the country.