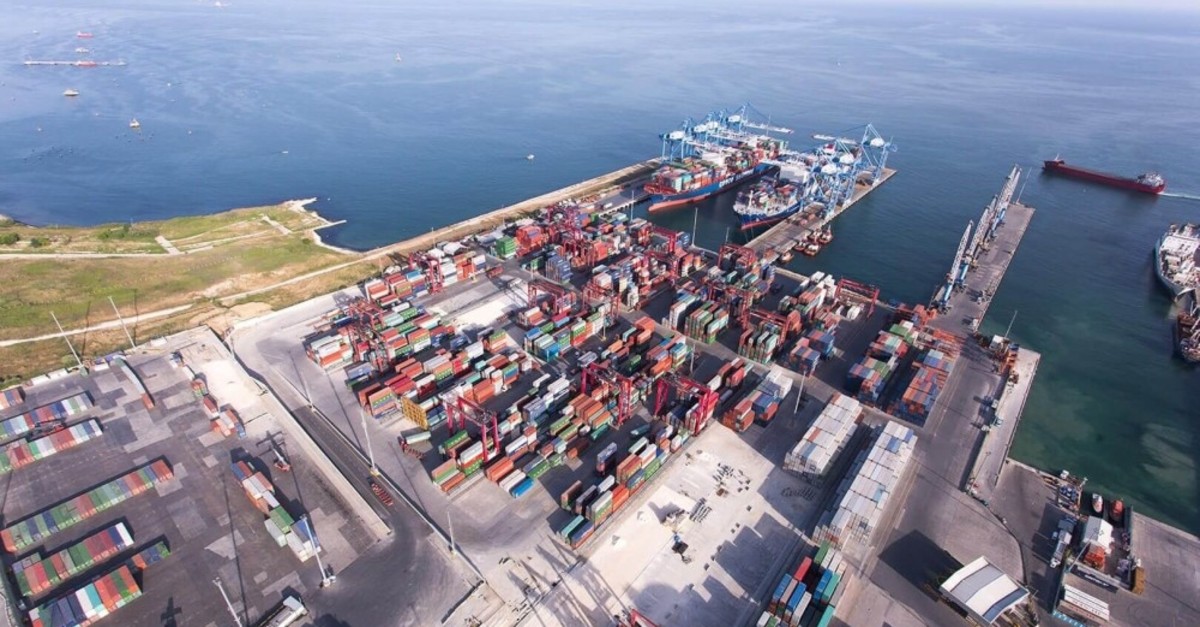 The country's economic heart, Istanbul, shouldered 42.3% of Turkey's exports in the first five months of the year, with firms operating in the city carrying out $29.8 billion in exports around the world

Companies in the engine of the Turkish economy and the country's most populous city, Istanbul, have exported almost $30 billion, $29.8 billion to be more precise, worth of goods in the first five months of the year, official figures show.

The goods were sold in 27 different sectors, including textiles, apparel, automotive, fruit and vegetables, jewelry and defense, to 227 overseas points across the world, according to Turkish Exporters Assembly (TİM) data.

Istanbul-based companies' exports from January to May increased by 5.4%, up from $28.3 billion in the same period last year.

The ready-made clothing and apparel sector took the lion's share of the exports for Istanbul-based companies with 17.8%. In the first five months of the year, companies operating in this sector saw a 3.6% increase in product exports compared to the same period of 2018, reaching $5.3 billion.

Chemicals and chemical products came in second in exports, with around $4 billion, followed by steel with $3.3 billion, automotive with $2.7 billion, electronics with $2.5 billion, ferrous and nonferrous metals with $1.9 billion, textiles with $1.5 billion, jewelry with $1.3 billion, and machinery and machine components with $1.2 billion.

Thus, exports in nine sectors that transported their products from Istanbul to the world exceeded $1 billion.

The defense and aerospace industry took the lead in the increase in exports among Istanbul-based companies, which steered the economy of the country in the first five months of the year.

Defense and aerospace exports from the city increased by 103.7% year-on-year to $342.1 million in the January-May period, indicating that the export volume of this sector almost doubled.

In terms of quantity, on the other hand, the chemicals and products sector recorded the highest increase in the five-month exports by companies in Istanbul.

Companies operating in the chemicals and chemical products sector sold $3.2 billion worth of products in the first five months of last year and managed to increase this figure to $4 billion in the January-May period of 2019, an increase of $793.1 billion in exports.

In the first five months of this year, the top market for Istanbul-based companies was again Germany. The city's exports to the country, which held a significant place in the country's overall exports, decreased by 8.7% in the January-May period compared to the same period of 2018 but maintained in first place with $2.8 billion.

In this period, the United Arab Emirates (UAE) saw the highest increase in exports from Istanbul in quantity with $276.9 million, followed by Malta with $236.1 million, Saudi Arabia with $193.7 million and Morocco with $135.9 million.