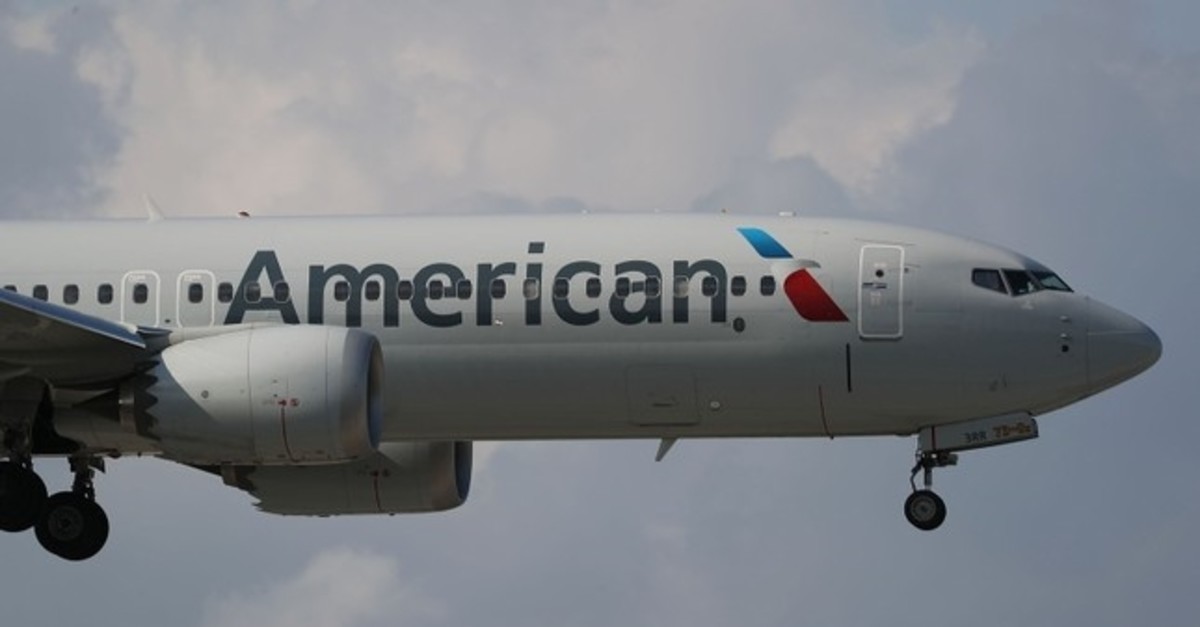 An American Airlines Boeing 737 Max 8, on a flight from Miami to New York City, comes in for landing at LaGuardia Airport in New York, March 12, 2019. (AFP Photo)
by Jun 26, 2019 11:40 pm
The U.S. Federal Aviation Administration has identified a new potential risk that Boeing must address on its 737 Max before the grounded jet can return to service, the agency told Reuters on Wednesday.

The risk was discovered during a simulator test last week, sources with knowledge of the matter told Reuters. As a result, Boeing is not expected to run a certification test flight until at least July 8, they said.

"On the most recent issue, the FAA's process is designed to discover and highlight potential risks. The FAA recently found a potential risk that Boeing must mitigate," the FAA said in the statement emailed to Reuters.

Asked about the new potential risk, Boeing said it is "working closely with the FAA to safely return the MAX to service."

Boeing reported on its website that it had received no aircraft orders in May after getting orders for four planes in April. The world's largest plane maker has cut production of its fastest-selling Max 737 jetliner, which was grounded in March following two fatal plane crashes in five months.

Deliveries of the plane have also been suspended, leading to a 1.4% drop in aircraft shipments in May. Aircraft inventories surged 2.5% last month. The problems at Boeing also are contributing to an undercutting of production at factories.