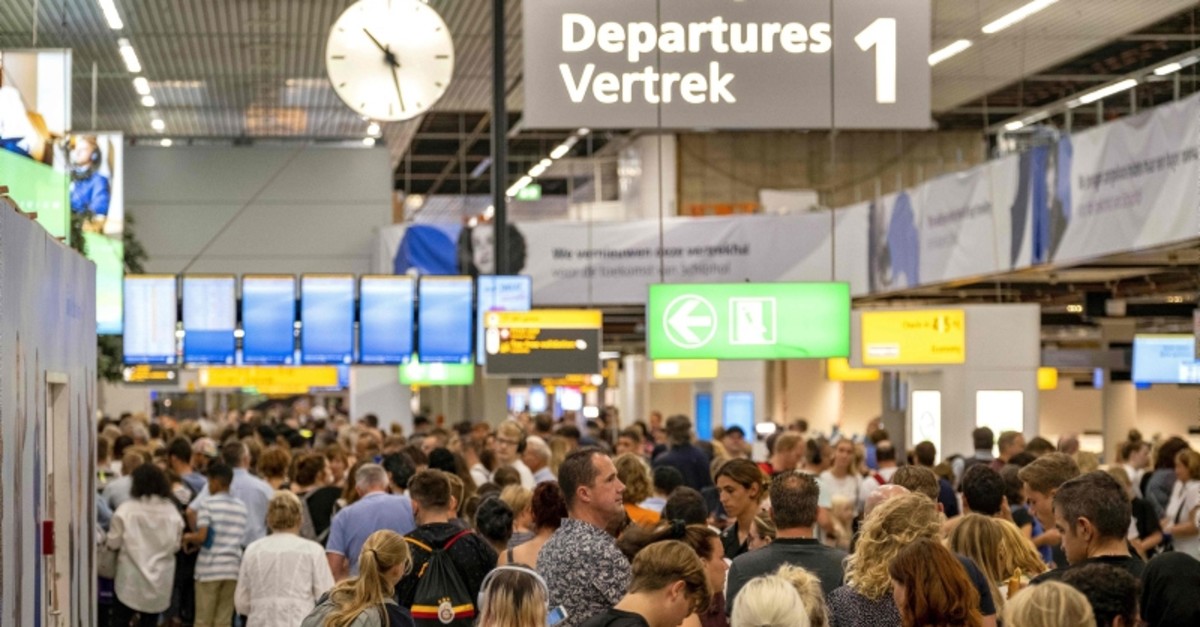 People wait in the departure hall of the Amsterdam-Schiphol airport, southwest of Amsterdam, as a problem with refuelling grounded several dozen planes and hundreds of passengers on July 24, 2019 (AFP Photo)
by Jul 25, 2019 2:43 pm

Thousands of travelers flying to and from Amsterdam's Schiphol airport were met with another day of cancellations on Thursday.

Dozens of flights were suspended after a malfunction in the kerosene refueling system on Wednesday, which was later resolved.

But the disruptions went on to wreak further havoc on Thursday with Dutch airline KLM announcing it had canceled 61 flights from Schiphol, one of the world's busiest transport hubs.

"We are restarting our operations gradually," a KLM spokeswoman told AFP.

The airport was not able to give an exact figure on the number of flight delays and cancellations.

On Wednesday night, around 300 flights from Amsterdam-Schiphol were canceled due to a malfunction by the only company at the airport which supplies the fuel system, Aircraft Fuel Supply.

Tens of thousands of passengers were affected with many stuck on aircraft that were grounded.

Some travelers whose planes could not take off on Wednesday were forced to spend the night at the airport, a spokeswoman for Amsterdam-Schiphol said.