Istanbul Finance Center to be completed in 2022, Erdoğan says 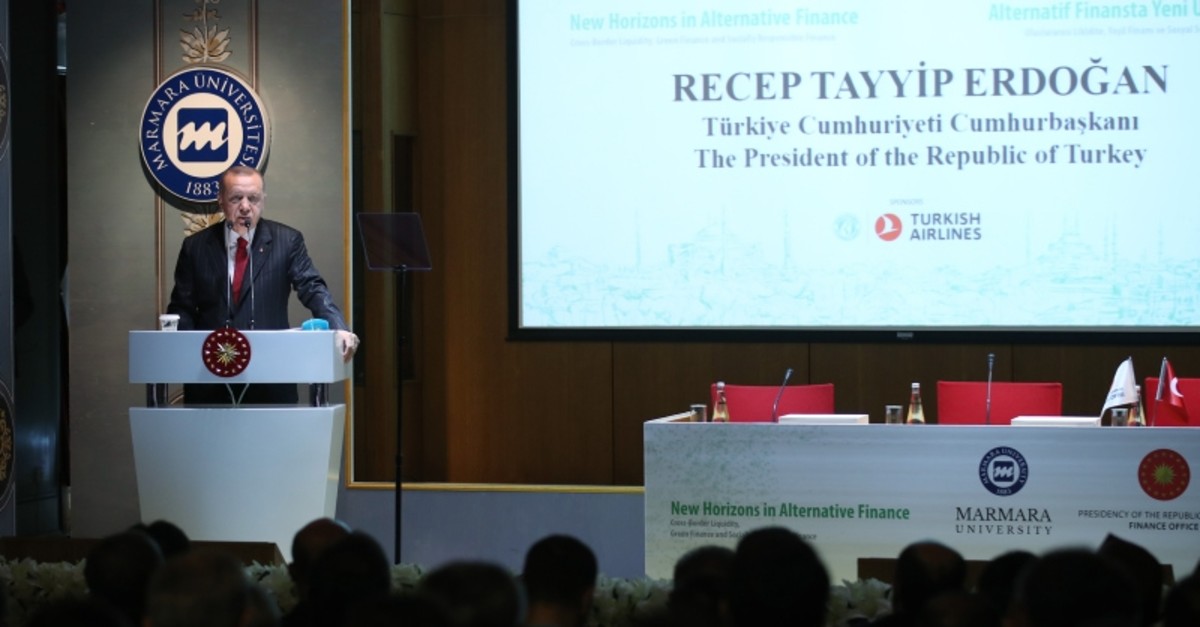 Speaking at the "New Horizons in Alternative Finance" program at Marmara University, Erdoğan said Turkey will take brave and decisive steps in alternative finance in the days to come to assume its rightful place on the world stage.

"Our target is to raise the share of (Islamic) participation finance in total banking assets to 15% as of 2025, from its current level of 5%," he said, while expressing that he wanted to see everyone's support on the matter to reach this goal. However, he also cautioned that the interest rates of the banking system should not be applied to participation finance.

Emphasizing that alternative financial transactions were spreading rapidly around the world, the president said he believed that the current interest-based system would leave its place to new financial architecture in the future, adding that more and more countries were preferring new finance models.

"The 2008 crisis showed that the current system was unsustainable. And today, the world is surrounded by a new fear of economic recession," he said, adding that with the new development plan, the government will be implementing a series of measures aimed at increasing the share of the capital market.