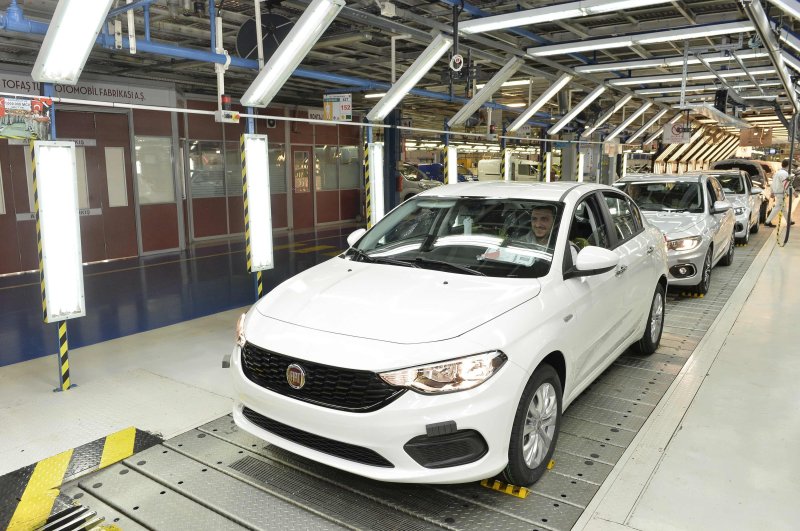 Maintaining an upward trend, passenger car and light commercial vehicle sales in Turkey almost doubled in January and February this year, data by an industry group showed Tuesday, signaling a period of swift recovery for the industry.

Sales jumped by 89.6% year-on-year to around 74,395 vehicles in the first two months, Automotive Distributors' Association (ODD) data revealed. The figure was up from 39,248 units sold in the same period in 2018.

Surging demand for passenger cars helped prop up sales growth as they jumped 98% year-on-year in January and February to 59,743. Light commercial vehicle sales recorded a 62% year-on-year increase to 14,652, up from 9,064 units a year earlier.

Last year was rather difficult for the industry, as passenger car and light commercial vehicle sales declined by 22.8% year-on-year to 479,060. Several measures, including tax exemptions, incentives and a cheap loan campaign by public lenders, relieved the market, which is optimistic about its performance in 2020.

A decline in inflation allowed the CBRT, which had hiked its key policy rate to 24%, where it stayed until last July, to slash rates by 1,325 basis points down to 10.75% since then to boost growth.

In the meantime, the Automotive Distribution Report (ODD) also showed that Turkish drivers’ demand for small-engine vehicles is increasing.

Meanwhile, a total of 2,128 hybrid cars and 80 electric cars were sold in February.

Turkey is particularly working to boost the sales of hybrid and electric automobiles while focusing on developing and using low-consumption and environmentally friendly automobile technology in upcoming years. The country announced its first fully domestically produced electric car recently.

According to the report, automobiles with the emission rate of 100-120 grams CO2 per kilometer had the biggest share of new car sales in February with 39% in terms of emission values.

In the same period, diesel car sales decreased by 43.4%, while the share of cars with automatic transmission jumped by 71%. The overall demand for cars with lower tax segments increased and made up 85% of the total car market in February.