After Ukraine, 'whole world' is customer for Turkish drone: Bayraktar 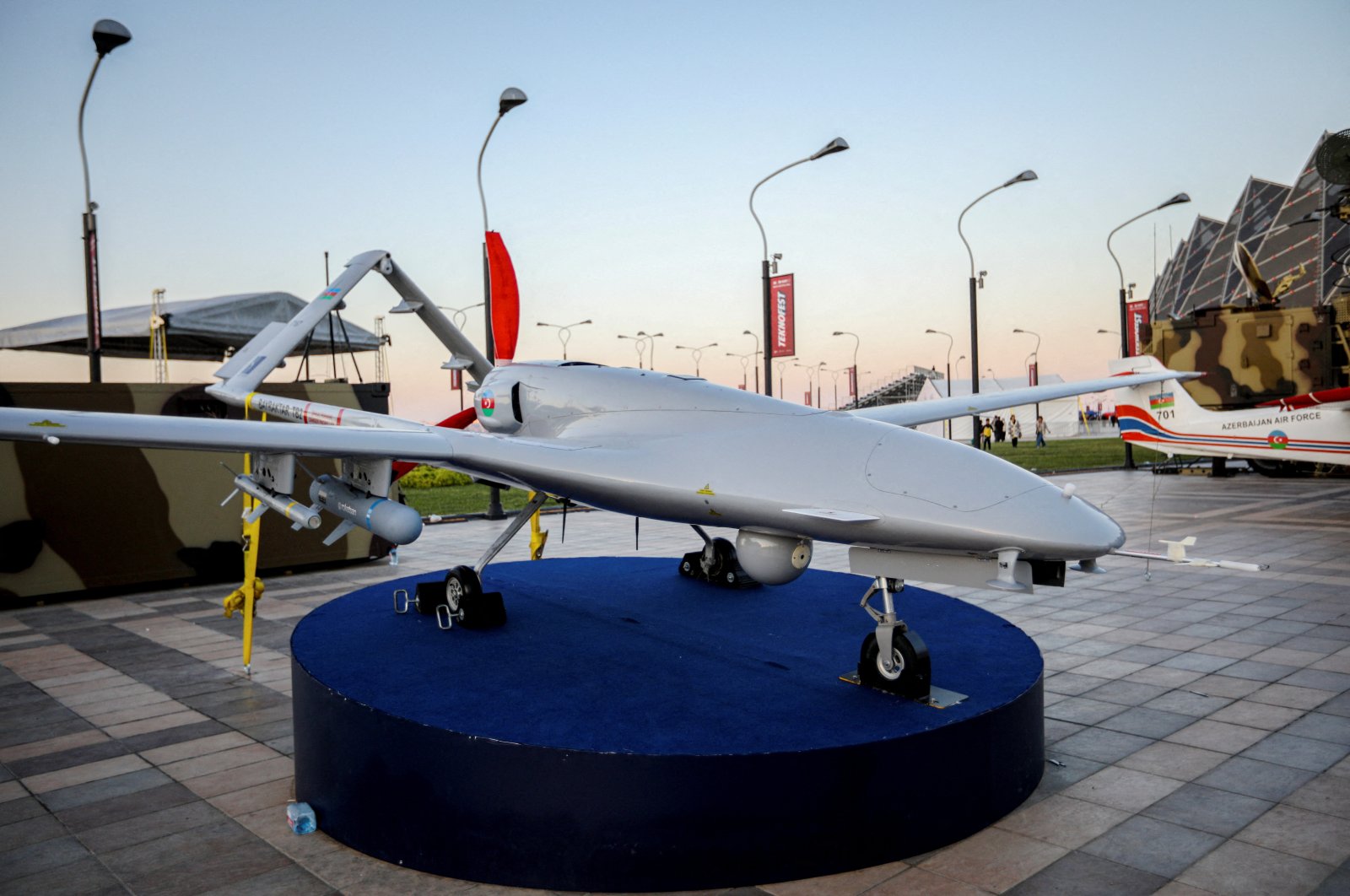 A Bayraktar TB2 unmanned combat aerial vehicle is exhibited at the Teknofest aerospace and technology festival in Baku, Azerbaijan, May 27, 2022. (Reuters Photo)
by Reuters May 31, 2022 1:59 pm
RECOMMENDED

Ukraine's destruction of Russian artillery systems and armored vehicles with Turkish Bayraktar TB2 unmanned combat aerial vehicles (UCAVs) has made "the whole world" a customer, according to its designer.

Selçuk Bayraktar, who runs the Istanbul firm Baykar with his brother Haluk, said the drones had shown how technology was revolutionizing modern warfare.

"Bayraktar TB2 is doing what it was supposed to do – taking out some of the most advanced anti-aircraft systems and advanced artillery systems and armored vehicles," he told Reuters in English beside the new Akıncı drone at an exhibition in Baku. "The whole world is a customer," he added.

The TB2, which has a 12-meter (40-foot) wingspan and can soar to 25,000 feet before swooping in to destroy tanks and artillery with laser-guided armor-piercing bombs, helped undermine Russia's overwhelming military superiority.

Such is the drone's renown that it became the subject of a patriotic expletive-strewn hit song in Ukraine that mocked Russian troops, with the chorus "Bayraktar, Bayraktar."

The Bayraktar drone has also received attention from Russian President Vladimir Putin, and the Russian Defense Ministry has mentioned it at least 45 times in public since the war began on Feb. 24.

Baykar, founded in the 1980s by Bayraktar's father, Özdemir Bayraktar, began to focus on unmanned aircraft in 2005 as Turkey sought to strengthen its local defense industry.

The TB2 has been such a decisive factor in the conflicts in Syria, Iraq, Libya, Karabakh, and now Ukraine, that it spearheads Turkey's global defense export push.

President Recep Tayyip Erdoğan says international demand is huge for the TB2 and the newer Akıncı.

He said he was proud that the drones had been used in Karabakh, previously referred to as Nagorno-Karabakh, where Baku's forces recaptured swathes of territory in 2020 from illegally occupying Armenian forces, and in Ukraine.

"It is an illegal invasion so TB2 is helping the honorable people of Ukraine defend their country," he said.

"The illegal occupation of Karabakh was like a heart wound since our youth. And as engineers developing the technology, it is an honor to have helped our brothers and sisters here to regain their land," he added.

Russia two weeks ago touted a new generation of laser weapons including a mobile system that Moscow said could blind orbiting satellites and destroy drones.

But Bayraktar, who was born in Istanbul and studied at the University of Pennsylvania and the Massachusetts Institute of Technology, said such weapons were ineffective against the TB2.

"Their ranges are limited so if your sensory and munition range is longer, they are not going to be effective," he said.

Baykar is working on the TB3, which has foldable wings and can take off or land on short-runway aircraft carriers, and an unmanned combat jet aircraft called MIUS or Kızılelma.

"Inshallah (God willing), the first flight of Kızılelma will be next year, and TB3 either by the end of this year or the beginning of next year," Bayraktar said.

"If you look at the longer time horizon, we are working on taxi drones – for that we need to develop more higher-level autonomy technology – which is AI basically – but it will revolutionize how people will be transported in cities," he explained.

Russia's invasion has killed thousands of people, displaced millions and raised fears of a direct confrontation between Russia and the United States.

Putin says Washington was using Ukraine to threaten Russia through NATO enlargement, and that Moscow had to defend Russian speakers from persecution.

Ukraine and its Western allies reject these as pretexts to invade a sovereign country.