CEO warns of more pain as Thyssenkrupp slashes another 5,000 jobs 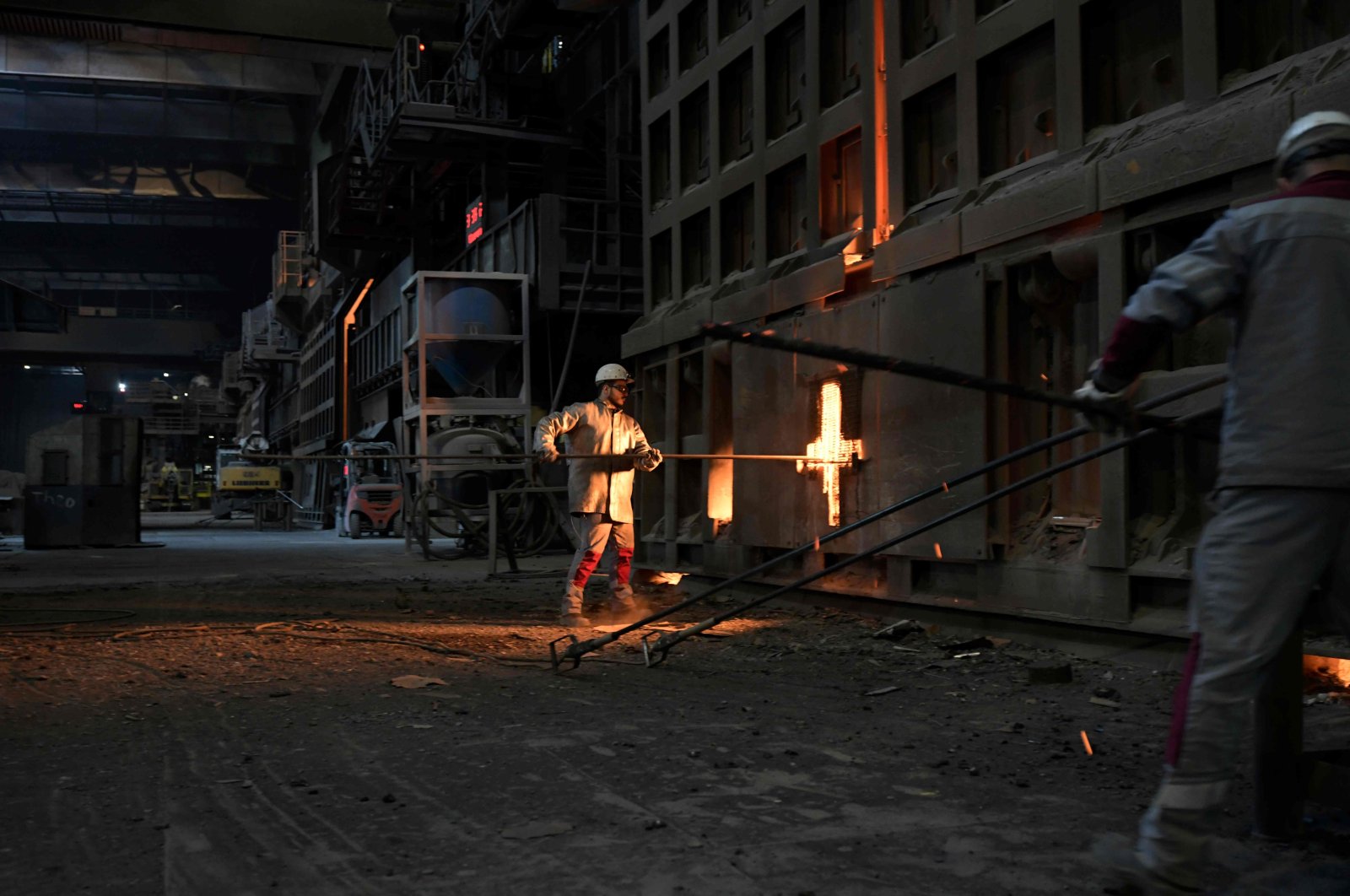 A worker takes a sample at the steel production of German industrial conglomerate Thyssenkrupp in Duisburg, western Germany, Nov. 19, 2019. (AFP Photo)
by Agencies
Nov 19, 2020 11:50 am

Troubled German industrial giant Thyssenkrupp on Thursday said it was slashing 5,000 more jobs to ease the impact of the coronavirus crisis on its businesses.

The company, whose steelmaking roots go back more than 200 years, is struggling to emerge from the COVID-19 pandemic that hit it during a cooldown of the global economy.

“We’re not yet where we need to be. The next steps could be more painful than the previous ones. But we will have to take them,” CEO Martina Merz said in a statement, according to Reuters.

The latest job cuts come after 6,000 reductions were announced last year. They bring the total number of planned layoffs to 11,000, a third of which has already been realized, Thyssenkrupp said.

The remaining 7,400 positions, or 7% of Thyssenkrupp’s current workforce, are to be cut over the next three years. The group employs more than 100,000 people.

"The coronavirus pandemic is a massive stress test for Thyssenkrupp. Our top priority remains the protection of our employees and our businesses," Merz said.

"Despite the headwind, we have achieved important milestones in the transformation of the group," she added.

The group said 3,600 jobs have already been shed so far this year.

The ailing conglomerate also forecast a full-year loss topping 1 billion euros ($1.2 billion) on the heels of a 5.5 billion-euro deficit for the fiscal period that ended in September, Agence France-Presse (AFP) reported.

The news cast a shadow on the 9.5 billion euros in net profit largely down to the 17.2 billion euro sale in February of its lucrative elevator division.

The group showed an adjusted operating loss for 2019-2020 of 860 million euros as COVID-19 weighed heavily, with the firm already having embarked upon a vast restructuring operation.

Sales fell 16% in 2019-2020 to 35.4 billion euros and left the group indicating it was looking for partners to help shore up steel operations.

In the past year, steel operations saw an adjusted operating loss of 946 million euros.

Britain's Liberty Steel, founded and led by Sanjeev Gupta, made an offer for the group's steel activities last month. There have also been discussions with Sweden's SSAB and India's Tata Steel.

Unions are pushing for state participation in the group's capital.

Thyssenkrupp shares, which have lost almost 60% over the year, were down almost 4% in early trading Thursday.