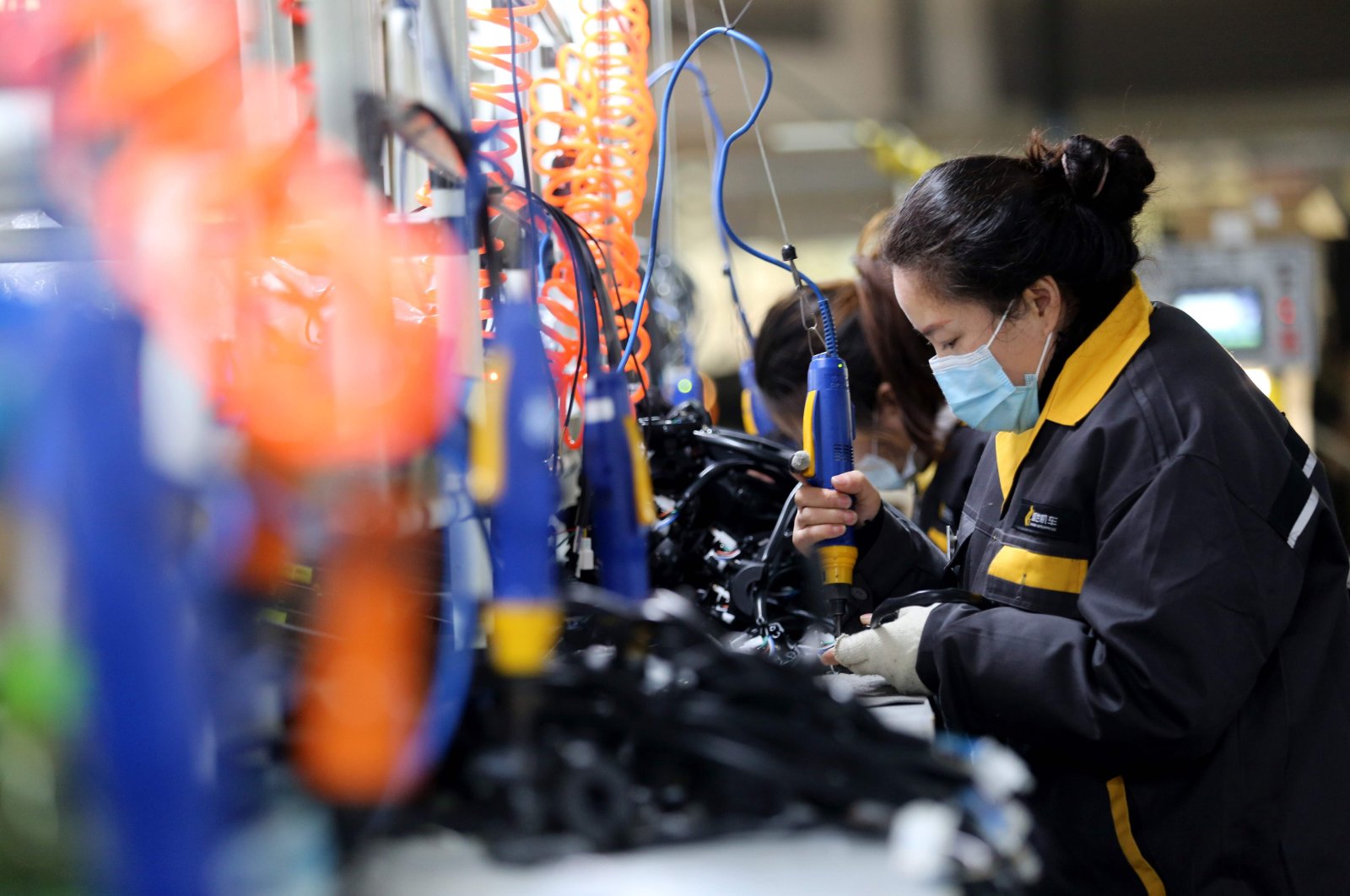 China’s factory activity expanded at the fastest pace in more than three years in November, while growth in the services sector also hit a multiyear high, as the country's economic recovery from the coronavirus pandemic stepped up.

Upbeat data released on Monday suggests the world's second-largest economy is on track to become the first to completely shake off the drag from widespread industry shutdowns, with recent production data showing manufacturing now at pre-pandemic levels.

China's official manufacturing Purchasing Manager's Index (PMI) rose to 52.1 in November from 51.4 in October, data from the National Bureau of Statistics showed.

It was the highest PMI reading since September 2017 and remained above the 50-point mark that separates growth from contraction on a monthly basis. It was also higher than the 51.5 median forecasts in a Reuters poll of analysts.

“The pace of economic growth picked up in November on the back of a broad-based improvement in both services and manufacturing,” Julian Evans-Pritchard of Capital Economics said in a report, according to The Associated Press (AP).

“The rise in November manufacturing PMI, with broad-based improvements across the subindices, suggest the recovery momentum in the industrial sector has become more certain,” Zhang Liqun, an analyst at China Federation of Logistics & Purchasing.

The robust headline PMI points to solid fourth-quarter growth, which analysts at Nomura expect to quicken to 5.7% year-on-year, from 4.9% in the third quarter, an impressive turnaround from the deep contraction earlier this year.

The economy is expected to expand around 2% for the full year, the weakest in over three decades but still much stronger than other major economies that are struggling to bring their coronavirus outbreaks under control.

The official PMI, which largely focuses on big and state-owned firms, showed the subindex for new export orders stood at 51.5 in November, improving from 51.0 a month earlier. That bodes well for the export sector, which has benefited from strong foreign demand for medical supplies and electronics products.

But a surging yuan and further lockdowns in many of its key trading partners could pressure Chinese exports, which have been surprisingly resilient so far.

More companies have reported the impact from currency fluctuations, compared with a month ago, said Zhao Qinghe, senior statistician at the NBS.

"Some firms have flagged that as the yuan continues to rise, corporate profits are under pressure and export orders are declining," Zhao told Reuters.

He added the recovery across the manufacturing industry remained uneven. For example, the PMI for the textile industry has stayed below the 50-point threshold, pointing to weak business activity.

In the services sector, activity expanded for the ninth straight month. The official nonmanufacturing PMI rose to 56.4, the fastest since June 2012 and up from 56.2 in October, as consumer confidence gathered pace amid few COVID-19 infections.

Railway and air transportation, telecommunication and satellite transmission services and the financial industry were among the best performing sectors in November.

A subindex for construction activity stood at 60.5 in November, improving from 59.8 in October, as China steps up infrastructure spending to revive its economy.

Lu Ting, chief China economist at investment bank Nomura, was cited by the Agence France-Presse (AFP) as saying Monday that China’s domestic recovery was on track thanks to its COVID-19 containment, although “an extended pandemic may eventually dampen demand for China's exports if the purchasing power in overseas economies diminishes.”

While there were sporadic virus outbreaks in Shanghai, Tianjin and Inner Mongolia, which Lu earlier said could slow recovery in service industries, the impact appears “limited” for now.