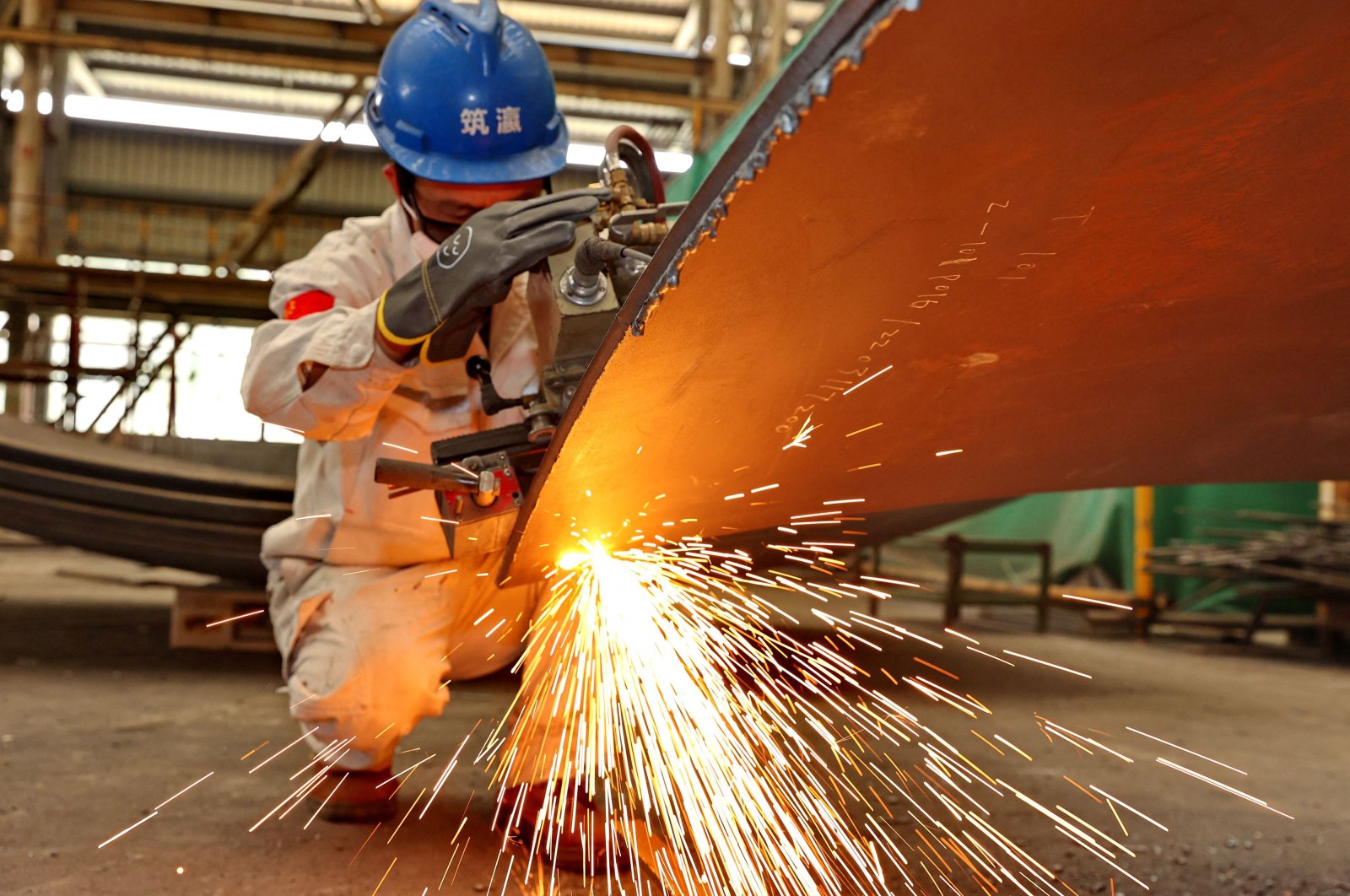 China’s economy showed signs of recovery in May after slumping in the prior month as industrial production rose unexpectedly, but consumption was still weak and underlined the challenge for policymakers amid the persistent drag from strict COVID-19 curbs.

The data, however, provides a path to revitalize growth in the world's second-biggest economy after businesses and consumers were hit hard due to full or partial lockdowns in dozens of cities in March and April, including a protracted shutdown in commercial center Shanghai.

Industrial output grew 0.7% in May from a year earlier, after falling 2.9% in April, data from the National Bureau of Statistics (NBS) showed on Wednesday. That compared with a 0.7% drop expected by analysts in a Reuters poll.

The uptick in the industrial sector was underpinned by the easing of COVID-19 curbs and strong global demand. China’s exports grew at a double-digit pace in May, shattering expectations, as factories restarted and logistics snags eased.

The mining sector led the way with annual output up 7.0% in May, while that in the manufacturing industry eked out a meager 0.1% growth, mostly driven by the production of new energy vehicles which surged 108.3% year-on-year.

"Activity data paints an economic recovery picture in May, but only a slow one," said Iris Pang, Chief China economist at ING.

"The government is likely to respond to this economic weakness by delivering more fiscal stimulus," Pang said.

Chinese shares rose after the data were released, with mainland China's bluechips up 1.8% and Hong Kong shares 1.4% higher, in contrast with a largely subdued session for most other Asian share markets.

Fu Linghui, a spokesperson at NBS, told a press conference that he expects the recovery to improve further in June due to policy support.

However, "the international environment is still complex and severe," he said, highlighting the risks to the outlook.

"Our domestic recovery is still at its initial stage with the growth of key indicators at low levels," Fu said.

That caution was underscored in consumption data, which remained weak as shoppers were confined to their homes in Shanghai and other cities.

Retail sales slipped another 6.7% in May from a year earlier, on top of an 11.1% contraction the previous month.

They were slightly better than the forecast of a 7.1% fall due to the increased spending on basic goods such as grains, edible oils and food and beverages.

"We should not be overly optimistic about consumption as the recovery has been quite slow. Affected by repeated COVID-19 outbreaks, slower income growth, a cautious view of the future expectations, there will not be a revenge spending, as people have expected," said Wang Jun, chief economist at Zhongyuan Bank.

Sales in the catering industry, a sector highly sensitive to COVID-19 curbs, contracted by 21.1% in May, compared with a fall of 22.7% in April.

Fixed asset investment, a growth driver that policymakers have hoped would prop up the economy, rose 6.2% in the first five months, beating an expected 6% rise but slowed from a 6.8% gain in the first four months.

China's property sales fell at a slower pace in May, suggesting improved buyer sentiment after a slew of easing policy steps taken by cities across the country to boost demand. The data sent shares of Chinese developers soaring.

Employment remained a big concern, however. The nationwide survey-based jobless rate fell to 5.9% in May from 6.1% in April, still above the government's 2022 target of below 5.5%.

In particular, the surveyed jobless rate in 31 major cities picked up to 6.9%, the highest on record. Some economists expect employment to worsen before it gets better, with a record number of graduates entering the workforce in summer.

China's Cabinet recently announced a broad package of economic support measures, although analysts say the official gross domestic product (GDP) target of around 5.5% for this year will be hard to achieve without doing away with the "zero-COVID" strategy.

Fears of fresh lockdowns also loom large under the stringent COVID-19 policy. Authorities in Beijing warned on Tuesday that the city of 22 million was in a “race against time” to get to grips with its most serious outbreak since the pandemic began, as cases tied to a 24-hour bar grew.

Shanghai is still grappling with lingering COVID-19 cases after it emerged from a two-month-long lockdown.

Any further lockdowns and supply chain disruption risks amid future COVID-19 outbreaks may constrain the rebound of the economy, analysts say.

“The short-term trend of recovery in June is becoming obvious, but the economy is still some distance away from normal operations,” said Wang from Zhongyuan Bank.