Confidence in economy peaks in 21 month period in February 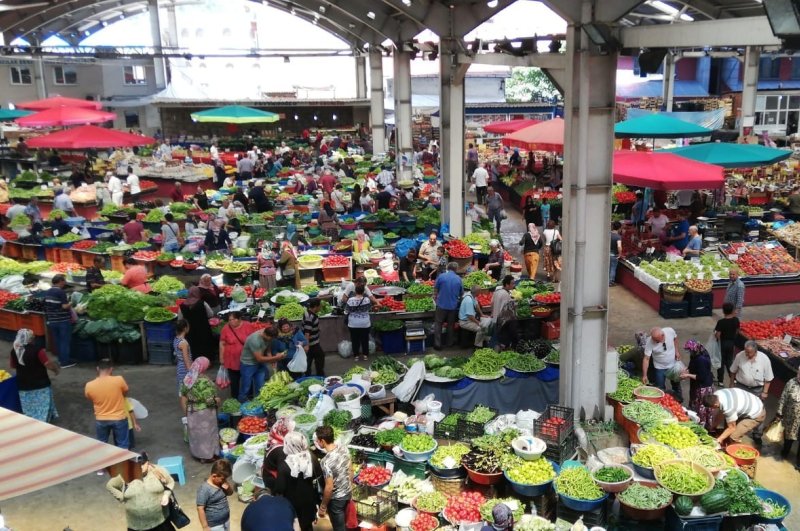 The composite index that summarizes the evaluations, expectations, and trends of the general economic situation of consumers and producers was at the level of 105.2 in early 2018, according to the Turkish Statistical Institute (TurkStat) data.

Having started to decline since the second half of 2018, with the effect of a turbulent period in the Turkish economy, geopolitical developments and global trade wars, it went down to 75.2 in October 2018.

Measures taken by the economic administration and the policies implemented as well as the drop in interest rates and inflation led the economic confidence index to return to an upward trend.

The index continued to rise as of September last year, seeing an increase of 0.4 points month-on-month in February and 14 points compared to the same month of the previous year to hit 97.5.

Moderate rise to continue in the coming months

During a financially and economically turbulent period that kicked off in the second half of 2018 and stretched into the first half of 2019, the economy was battered by currency volatility, high inflation, and high-interest rates, resulting in tumbling domestic demand from consumers and investors.

The Central Bank of the Republic of Turkey (CBRT) responded by raising its policy rate to 24%, where it stayed until last July. It has cut rates by 1,325 basis points since then to boost growth.

Referring to the CBRT’s moves, İsmet Demirkol from Bahçeşehir University said a moderate increase in economic confidence is expected to continue in the coming months.

“The decrease in interest rates will contribute to the decline in credit costs and the value-added growth model,” Demirkol told Anadolu Agency (AA) Saturday.

A1 Capital Investment Securities Research Specialist Aylin Cevizci noted that the distribution in the economic confidence index, which consists of five subgroups, seems to maintain a complex course.

Cevizci pointed out that the index reached the highest level of the last 21 months, noting that the increase in the services sector balanced the losses in the construction and retail sectors.

The rise in February economic confidence index stemmed from the increases in the real sector (manufacturing industry) and services confidence indices, TurkStat said.

Cevizci underlined that the said data belonged to the first two weeks of February and that the dynamics followed during the month, especially the increased geopolitical risks, which might cause a downward trend in March.

“If it is to be considered in sectoral terms, then we have passed into a period where domestic demand supports, industry dynamics are moving positively, and wheels spin,” Cevizci continued. “I expect the index to reach three-digit levels in mid-year, with periodic developments becoming minimal. There are two critical details here, the first is the decrease in blood pressure on the border, and the second is the point where the new type of coronavirus (COVID-19) will shake the global markets deeply. The shorter the damage caused by these two developments heal, the economic confidence index can reach the highest levels of the last two years,” he said.

In the meantime, Turkey’s economy grew 6% year-on-year in the fourth quarter and nearly 1% in 2019 as a whole, beating expectations, official data showed Friday.

The gross domestic product (GDP) data marked a sharp turnaround for the major emerging market economy, which has a track record in the last two decades of around 5% growth.

Compared to the third quarter, the GDP expanded at a seasonally and calendar-adjusted pace of 1.9%, TurkStat data showed.

The GDP rose faster than the highest forecast by economists and enabled Turkey to become one of the fastest-growing economies in the fourth quarter.

The third quarter of 2019 marked a promising era of growth for the economy, which took a turn after three consecutive quarters of contraction.

The economy grew 0.9% year-on-year between July and September after it had contracted 2.3% and 1.6% in the first two quarters, respectively, on an annual basis. In 2018, the economy posted an annual growth rate of 2.8%, narrowing in the last quarter.