Coronavirus crisis could push half a billion people into poverty 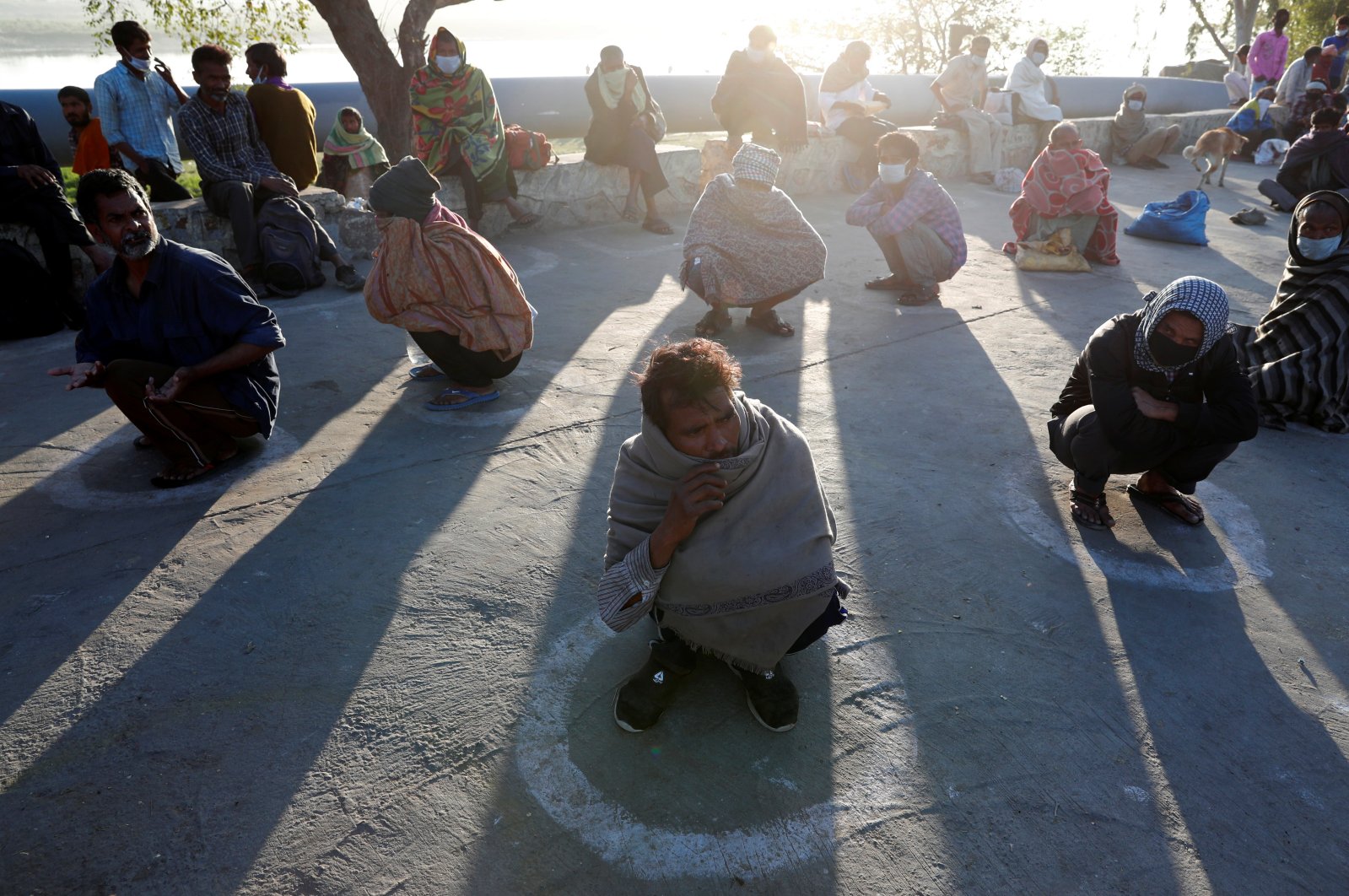 Homeless people practice social distancing as they wait for food during a 21-day nationwide lockdown to slow the spreading of the coronavirus disease in New Delhi, India, April 3, 2020. (Reuters Photo)
by Compiled from Wire Services Apr 09, 2020 10:59 am
RECOMMENDED

The fallout from the coronavirus, which has killed more than 83,000 people and wreaked havoc on economies around the world, could push around half a billion people into poverty, international aid group Oxfam said Thursday.

The report released by the Nairobi-based charity ahead of next week's annual meeting of the International Monetary Fund (IMF) and World Bank calculated the impact of the crisis on global poverty due to shrinking household incomes or consumption.

"The economic crisis that is rapidly unfolding is deeper than the 2008 global financial crisis," the report found.

"The estimates show that, regardless of the scenario, global poverty could increase for the first time since 1990," it said, adding that this could throw some countries back to poverty levels last seen some three decades ago.

The report authors played through a number of scenarios, taking into account the World Bank's various poverty lines – from extreme poverty, defined as living on $1.90 a day or less, to higher poverty lines of living on less than $5.50 a day.

Women are at more risk than men, as they are more likely to work in the informal economy with little or no employment rights.

"Living day to day, the poorest people do not have the ability to take time off work, or to stockpile provisions," the report warned, adding that more than 2 billion informal sector workers worldwide had no access to sick pay.

The World Bank last week said poverty in East Asia and the Pacific region alone could increase by 11 million people if conditions worsened.

Calls for debt relief have increased in recent weeks as the fallout from the COVID-19 pandemic has roiled developing nations around the world.

In total, governments around the world would need to mobilize at least $2.5 trillion to support developing nations.

"Rich countries have shown that at this time of crisis they can mobilize trillions of dollars to support their own economies," the report said.

"Yet unless developing countries are also able to fight the health and economic impacts the crisis will continue and it will inflict even greater harm on all countries, rich and poor."

Meanwhile, European Bank for Reconstruction and Development (EBRD) President Suma Chakrabarti has called on the international community to join forces to combat the coronavirus pandemic, describing the demand for emergency financing as "huge."

He warned that the current crisis is the "greatest disruption to global economic activity since the Second World War."

The EBRD has already announced a 1 billion euro solidarity package, and Chakrabarti said the developmental lender was now working on the second phase of its program.