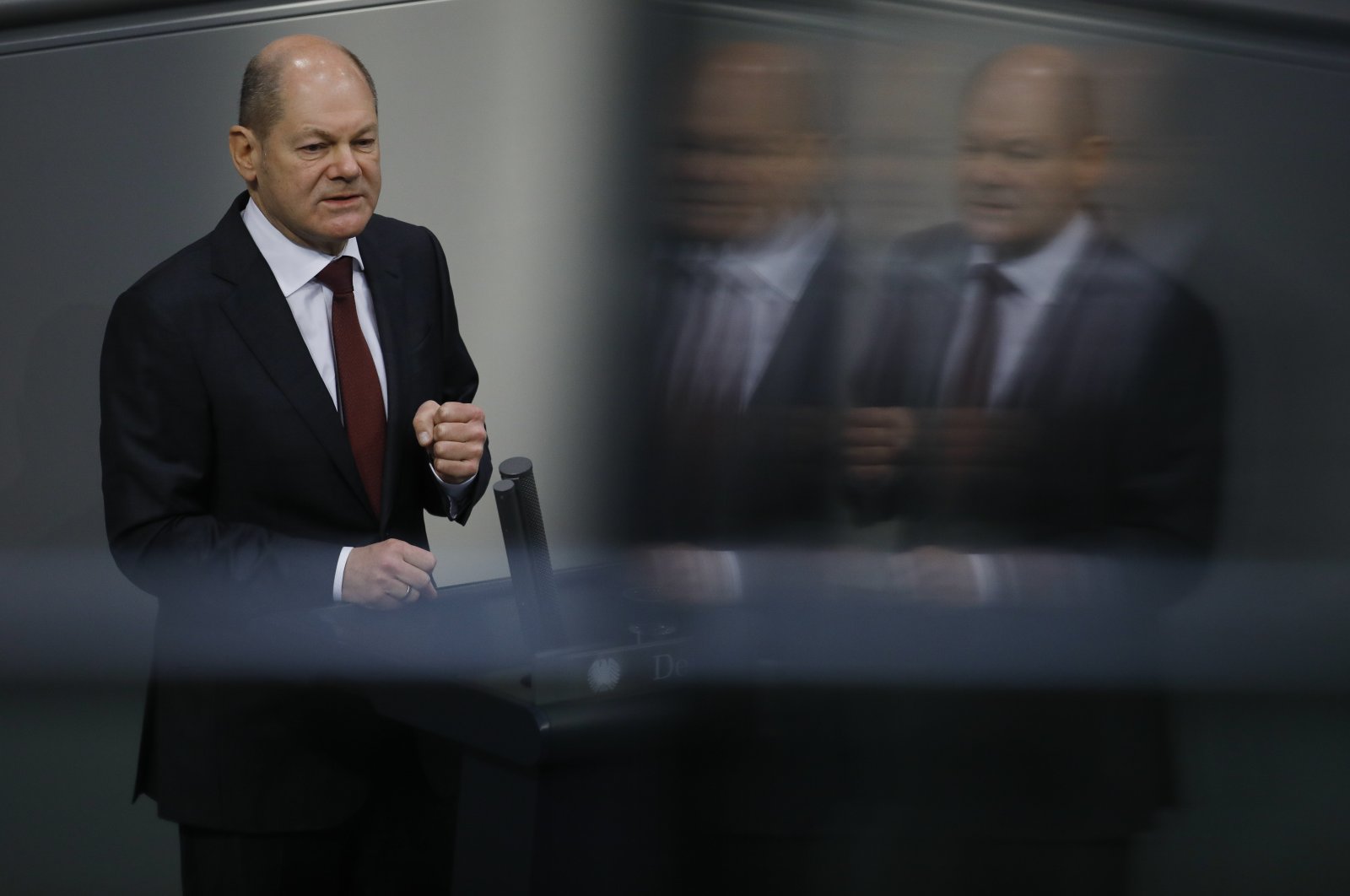 German Finance Minister Olaf Scholz delivers his speech during the debate about Germany's budget 2021, at the parliament Bundestag in Berlin, Germany, Dec. 8, 2020. (AP Photo)
by REUTERS Apr 07, 2021 10:26 am
RECOMMENDED

The pandemic, which has so far claimed more than 77,000 lives in Germany, has devastated Europe's largest economy, even though it has proven more resilient than many expected, partly because of continuing strong export demand from China.

Public spending rose 12.1% to 1.7 trillion euros in 2020 as the government pulled out all the stops to offset the impact of months of lockdown, while tax take fell 3.5% to 1.5 trillion euros, the statistics office said on Wednesday.

The spending spree is set to continue, with German Finance Minister Olaf Scholz last month promising to do whatever was needed to enable Germany to spend its way out of a coronavirus-induced economic slump.

Germany is struggling to control a third wave of the pandemic and is set to keep many businesses, like bars and cinemas, closed until at least later this month.

However, the number of people on shortened working hours declined last month, driven by the industrial sector, which is benefiting from robust exports, the Ifo institute said on Wednesday.

Companies can shorten workers' hours under a government scheme designed to avoid mass layoffs during the downturn by offering companies subsidies to keep workers on the payroll.

In March, 2.7 million employees were on shortened hours, down from 2.9 million, Ifo estimated.

The number of people on the scheme peaked at about 6 million a year ago but had been rising steadily since Germany entered its second lockdown late last year.