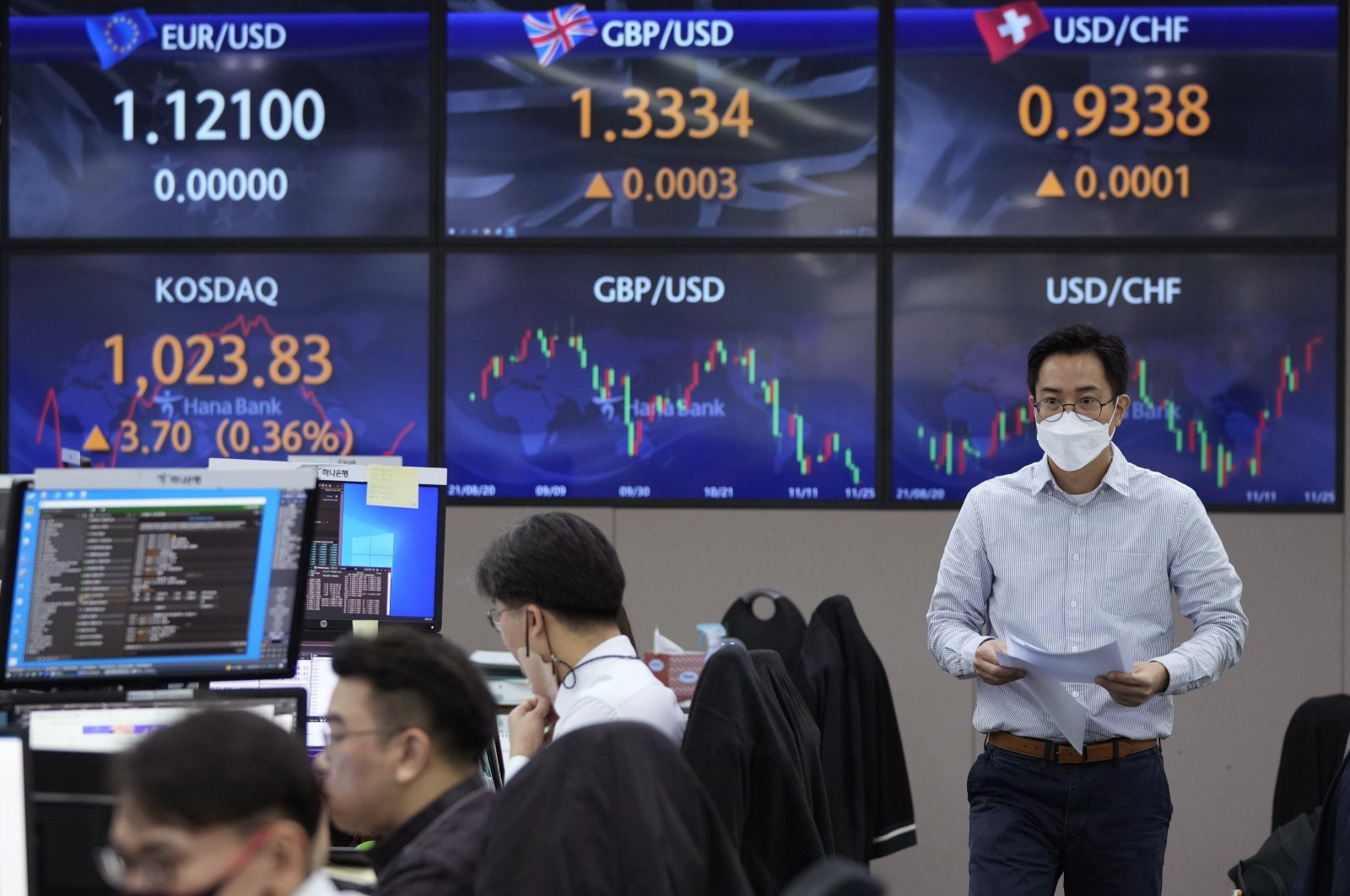 The safe-harbor yen, which had been the biggest beneficiary of the flight to quality, weakened 0.09% to 113.6 per dollar. The Japanese currency surged as much as 2% at one point on Friday to 113.05.

South Africa discovered the omicron variant last week, and countries globally have been quick to tighten border controls with mutations in the spike protein suggesting it could be resistant to current vaccines.

Despite the speed of the response, Omicron has since been detected in places including Australia, Britain, Canada, Germany and Hong Kong.

On a reassuring note, a South African doctor who was one of the first to suspect a different coronavirus strain said that symptoms of omicron were so far "very mild."

BioNTech said Friday it may know within two weeks if the vaccine it developed with Pfizer needs to be reworked.

"Until then, market volatility is likely to remain elevated," Rodrigo Catril, a senior FX strategist at National Australia Bank, wrote in a client note. "Markets have been forced to reassess the global growth outlook until we know more."

"We expect currencies to be volatile this week," echoed Joseph Capurso, a strategist at Commonwealth Bank of Australia. "It will not take much negative news about Omicron to push AUD below $0.7000."

President Joe Biden will give an update later on Monday of the U.S. response to the new variant.

While the dollar stands to benefit from the uncertainty because of its status as a safe haven, omicron clouds the outlook for when the Federal Reserve – and other global central banks – can raise interest rates.

Several officials from the European Central Bank (ECB), which has maintained a dovish stance in the face of mounting inflation pressures, have speaking duties on Monday, including ECB president Christine Lagarde.