Eurozone picks up as services make surprise return to growth 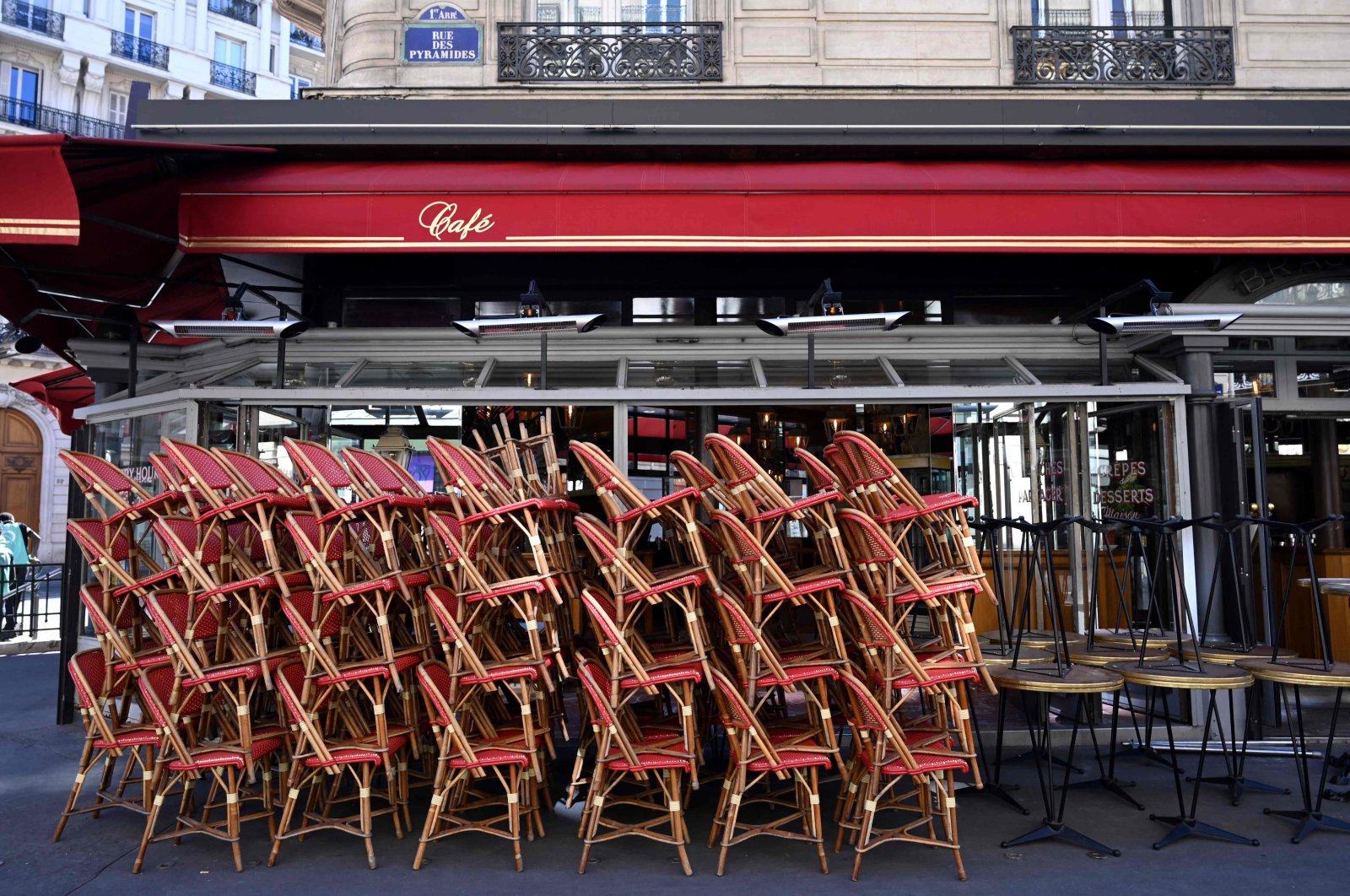 Chairs are piled on a terrace of a closed restaurant as the government eases lockdown measures taken to curb the spread of the COVID-19 pandemic, Paris, France, March 15, 2021. (AFP Photo)
by REUTERS Apr 23, 2021 1:02 pm
RECOMMENDED

The eurozone’s economic recovery from its pandemic measures-induced downturn came in much stronger than forecasted in April as the service industry adapted to lockdowns and made a surprise return to growth, a closely watched survey showed Friday.

With the continent facing a fresh wave of coronavirus infections, governments have reimposed strict curbs to contain the spread, forcing some businesses to close and encouraging citizens to stay home.

That meant the economy was expected to recover at a much weaker rate this quarter than had been expected only a month previously, according to a Reuters poll last week.

But IHS Markit’s flash Composite Purchasing Managers’ Index (PMI), seen as a good guide to economic health, rose to a nine-month high of 53.7 from March’s 53.2, confounding expectations in a Reuters poll for a dip to 52.8. Anything above 50 indicates growth.

“The eurozone economy looks like it's on the brink of a startling recovery. Only months ago it seemed to be rapidly turning into the weak link among advanced markets, being slow out the gates with vaccinations, seeing lockdowns extended and having weaker fiscal support,” said Bert Colijn at ING.

On Thursday, the European Central Bank (ECB) kept its copious stimulus flowing to support the economy as President Christine Lagarde said there were clear signs of improvement.

“Progress with vaccination campaigns and an envisaged gradual relaxation of containment measures underpin expectations of a firm rebound in economic activity in the course of 2021,” she told a press conference.

A PMI for the dominant service industry rose to 50.3 from last month’s 49.6, beating the median forecast in the Reuters poll for a decline to 49.1.

Meanwhile, factories in the currency union had their most active month since the survey began in mid-1997.

An index measuring output nudged up to survey high.

Germany’s PMI gave an upbeat outlook for Europe’s largest economy with factories continuing to churn out goods at a near-record pace although activity in the services sector remained sluggish due to coronavirus curbs.

French business activity expanded more strongly than forecast, according to its survey, as the eurozone’s second-biggest economy showed signs of resilience.

In Britain, outside the eurozone and the European Union, a deluge of new orders swept through businesses as the country lifted some of its COVID-19 restrictions, pointing to a rapid rebound.

Supply-side disruptions left factories facing soaring costs for raw materials. The eurozone input prices index climbed to a near-record high and manufacturers were only able to pass some of that increase on to customers.

“The composite input prices PMI reached its highest level in around a decade, with supply shortages driving up input costs in the manufacturing sector. These should hopefully prove temporary,” said Jessica Hinds at Capital Economics.

Still, any signs of pricing pressures may be welcomed by the ECB which has struggled to get inflation anywhere near its target.

With some businesses staying open – or preparing to reopen – services firms increased headcount at the fastest pace since before Europe faced the full brunt of the pandemic.

Hopes that the slow vaccination programs in the bloc will accelerate and allow a return to some form of normality sent optimism about the coming year higher.

The composite future output index climbed to 68.8 from 67.9, the highest since IHS Markit started collating the data in July 2012.