Experts cut outlook for German 2021 growth due to virus curbs 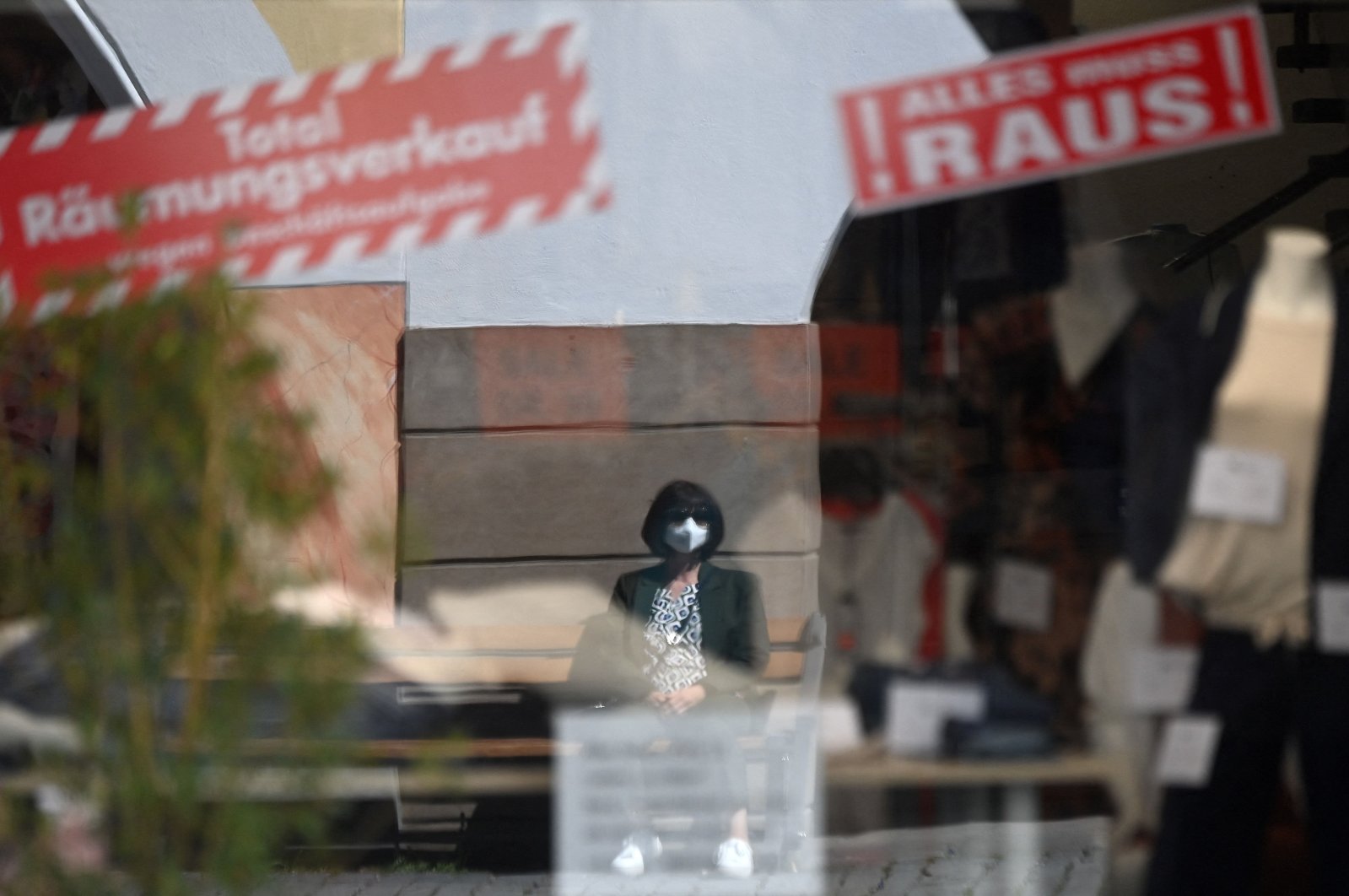 A woman wearing a protective face mask is reflected in the window of a store advertising a closing-down sale in the Bavarian city of Rosenheim, southern Germany, April 1, 2021. (AFP Photo)
by French Press Agency - AFP Apr 15, 2021 12:04 pm
RECOMMENDED

"As a result of the ongoing shutdown, economic performance is expected to drop by 1.8% in the first quarter," said Torsten Schmidt, forecasting chief for RWI.

Yet, the researchers predicted that the economy would bounce back and unemployment figures would decrease as lockdowns are eased and more people are vaccinated in the middle of the second quarter.

"We expect a significant expansion of economic activity in the summer, especially in the hard-hit service sectors," said Schmidt.

The spring forecast also predicted growth of 3.9% in 2022 and said the state deficit as a percentage of the gross domestic product would also shrink next year.

While the cost of tests and vaccinations would see the deficit remain at 4.5% of GDP in 2021, that figure would shrink to 1.6% the following year, the report said.

German GDP contracted by 4.9% in 2020, and hopes of a quick recovery this year have been thwarted by ongoing restrictions in the face of a third wave of infections.

Exports and industrial activity have adjusted better to virus restrictions, but services and retail enterprises that depend on face-to-face contact have lost much of their business.

Meanwhile, vaccinations against the virus have lagged behind compared to the United States and the United Kingdom, although the pace in Germany picked up somewhat over the last week.

Bars and restaurants have been closed since November and non-essential shops since December in the country.

With case numbers rising, Chancellor Angela Merkel's government is trying to tighten, rather than ease restrictions.

On Tuesday, Merkel's cabinet agreed on a new law that would allow Berlin to impose night-time curfews and close shops and schools in areas with high infection rates.