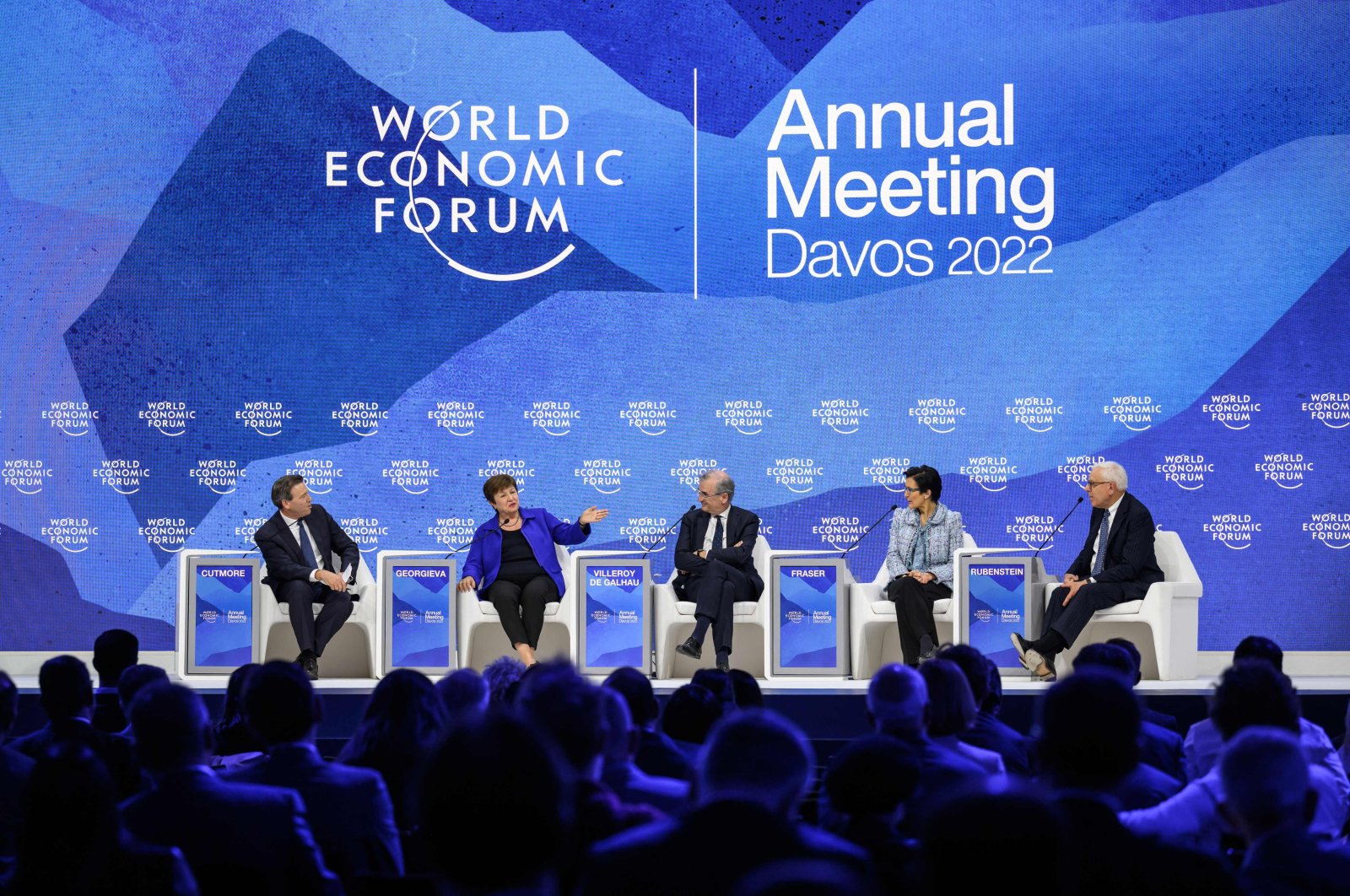 As global political and business leaders started gathering at the annual Davos think-fest on Monday, multiple threats to the global economy topped the worries of the world’s well-heeled, with some flagging the risk of a worldwide recession.

The global elite coming together for the World Economic Forum (WEF) meets against a backdrop of inflation at its highest level in a generation in major economies including the United States, Britain and Europe.

Meanwhile, the repercussions on oil and food markets of Russia's invasion of Ukraine in February – which Moscow describes as a "special military operation" – and COVID-19 lockdowns in China with no clear end have compounded the gloom.

"We have at least four crises, which are interwoven. We have high inflation ... we have an energy crisis ... we have food poverty, and we have a climate crisis. And we can't solve the problems if we concentrate on only one of the crises," German Vice-Chancellor Robert Habeck said.

"But if none of the problems are solved, I'm really afraid we're running into a global recession with tremendous effect ... on global stability," Habeck said during a WEF panel discussion.

The International Monetary Fund (IMF) last month cut its global growth outlook for the second time this year, citing the war in Ukraine and singling out inflation as a "clear and present danger" for many countries.

IMF Managing Director Kristalina Georgieva, speaking in Davos on Monday, said the war, tighter financial conditions and price shocks – for food in particular – have clearly "darkened" the outlook in the month since, though she is not yet expecting a recession.

Asked at a panel whether she expected a recession, Georgieva said: "No, not at this point. It doesn’t mean it is out of the question."

European Central Bank (ECB) President Christine Lagarde, due to speak in Davos on Tuesday, has warned that growth and inflation are on opposing paths, as mounting price pressures curb economic activity and devastate household purchasing power.

"The Russia-Ukraine war may well prove to be a tipping point for hyper-globalization," she said in a blog post on Monday.

"That could lead to supply chains becoming less efficient for a while and, during the transition, create more persistent cost pressures for the economy," Lagarde added.

Still, she essentially promised rate hikes in both July and September to put a brake on inflation, even if rising borrowing costs are bound to weigh on growth.

"We knew, all knew from Day One that this war was bad economic news. Less growth and more inflation," Governor of the Bank of France Francois Villeroy de Galhau said. "This is the price we accepted together to pay to protect our values ... It was worth paying this price."

"I would play down the idea of a short-term trade off between inflation and growth," he said. "In the short run, our priority is clearly ... fighting inflation."

While the economic drag from the Ukraine crisis is being most keenly felt in Europe, it is the U.S. economy that is experiencing the greatest price pressures.

The consumer price index shot from near zero two years ago to a 40-year high of 8.5% in March. The Fed responded earlier this month with its largest rate hike in 22 years, and Chair Jerome Powell has signaled increases of a similar magnitude – half a percentage point – at its next two meetings at least.

The higher rates and expectations for more, though, have yet to weaken consumer spending and a red-hot U.S. job market.

"We're not seeing it materialize in our business yet," Marriott International Inc Chief Executive Anthony Capuano said of the threat of recession, adding: "There continues to be pent-up demand."

Key emerging markets, including China, are still expected to see growth this year, even if at a slower pace than previously estimated.