Many employees on move despite Turkey’s strictest lockdown to date 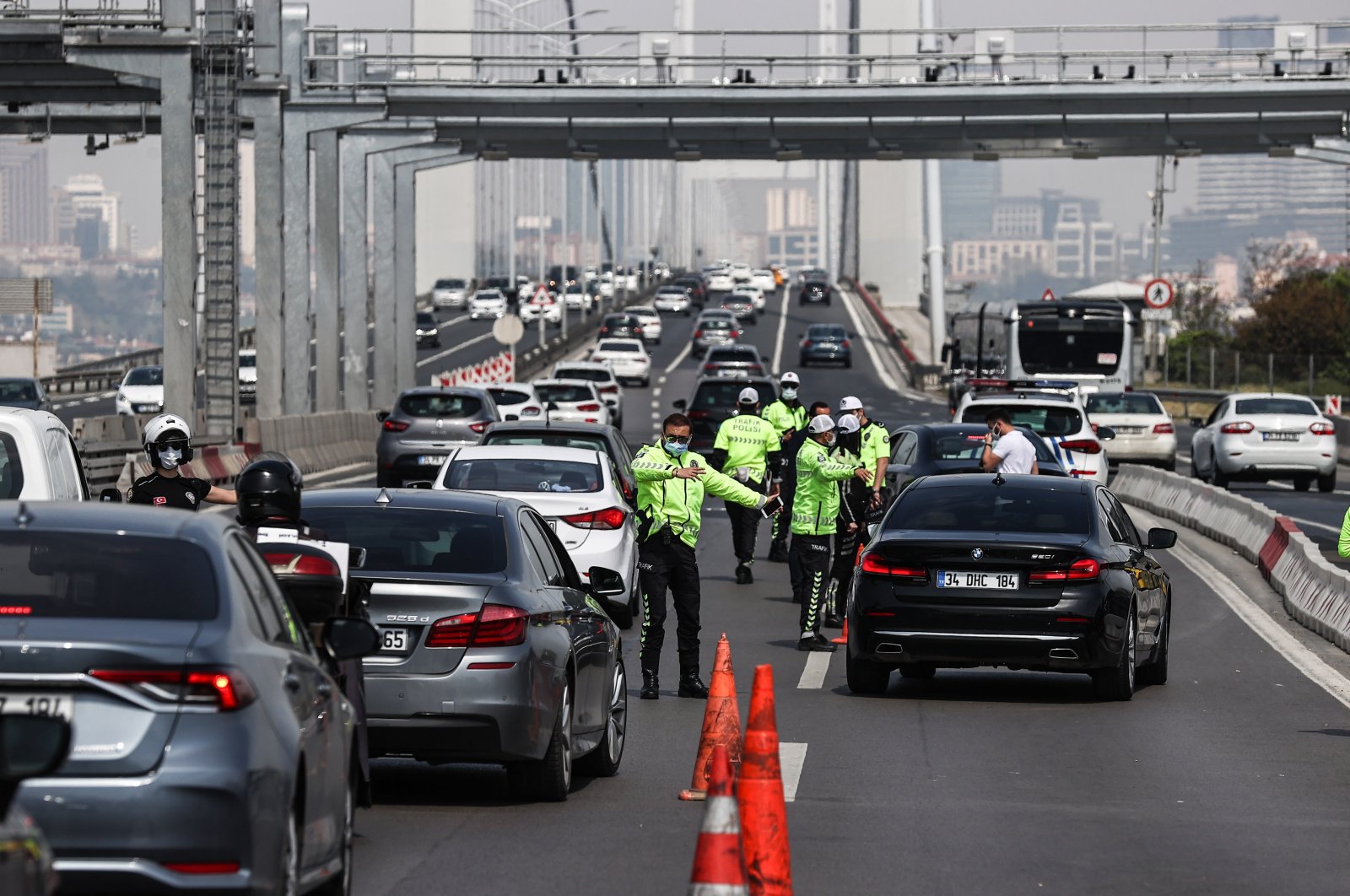 As of Thursday evening, Turkey entered a nearly three-week "full" lockdown to curb COVID-19 infections, as the number of cases remains high. However, many people were still on the move as the government designed a policy to keep the economy from shutting down completely by exempting some sectors from the restrictions.

According to a report by a trade union, nearly 70% of the country’s total labor force will be leaving their homes for work during the current lockdown, as their job requires exemptions.

The government most recently made up its mind on the stark choice it faced and gave the green light to a “full” or rather “tight” lockdown to stave off the mounting cases in the coronavirus pandemic. The lockdown, which started on April 29 will end on the morning of May 17. The Interior Ministry, meanwhile, issued a circular to businesses and sectors that will be exempt from closing under 43 chapters in a bid to both ensure the continuation of the economy and provide basic needs.

Under the restrictions – which span the holy Muslim month of Ramadan, as well as the three-day holiday for Ramadan Bayram, also known as Eid al-Fitr – residents are banned from leaving their homes except to shop for groceries or to meet other essential needs. Intercity travel requires special permits.

However, millions of people were exempted from the stay-at-home order. In addition to health sector workers and law enforcement officers, they include factory and agriculture workers as well as supply chain and logistic company employees. Tourists were also exempted, while restaurants are allowed to deliver food.

The Confederation of Progressive Trade Unions of Turkey (DISK) estimated that some 16 million workers in the country of 84 million would continue to be on the move during the lockdown.

According to the research from DISK, which made calculations based on the Turkish Statistical Institute's (TurkStat) Household Labor Force Survey 2020 data, around 61% of the working population (16.4 million) was employed in sectors exempt from closure during this period. Approximately 22% (6 million) work in sectors partially exempt from closure, while those working in sectors who are not allowed to leave home during closure account for only 17% (4.4 million) of the working population.

DISK also drew attention to some deficiencies regarding the data in its report. Stating that the jobs and sectors exempted from closure in the annex of the circular are counted under 43 titles, DISK said, "The exact number of employees covered by exemptions under these 43 headings is difficult due to the lack of sufficient information on the internal distribution of the sectors.”

The streets of Ankara and Istanbul were quieter than usual on the first day of the lockdown. Nevertheless, it was a normal day for workers exempt from the bans.

Police patrolled the streets and set up checkpoints at main intersections to ensure that residents who were out and about had documents proving they are exempted from the stay-home order. The gendarmerie was, meanwhile, stopping vehicles to ensure passengers had the necessary permits for intercity travel, causing long lines of vehicles.

Istanbul Governor Ali Yerlikaya said more than 19,000 law enforcement officers would be on duty during the lockdown, and that more than 300 checkpoints would be set up.

The lockdown is the first nationwide one lasting nearly three weeks. The government had previously imposed partial, shorter-term lockdowns or weekend curfews in a bid to reduce the closures’ impact on the economy.

It was imposed after the country saw confirmed COVID-19 infections averaging around 60,000 per day during the peak a week earlier this month. The country also recorded its highest daily death toll on April 21, with 362 fatalities. President Recep Tayyip Erdoğan said his government hopes to reduce infections to around 5,000 per day.

It also comes as Turkey braces for a vaccine shortage in the next two months, according to Health Minister Fahrettin Koca. The shortage has forced the government to extend the interval between the two doses of the Pfizer-BioNTech vaccine to between six and eight weeks, from the previous 28 days.

Turkey has administered more than 22.5 million doses since mid-January when it rolled out its vaccination campaign. Some 9 million people have been fully vaccinated with two doses.

On Thursday, the country reported 37,674 new confirmed cases and 339 deaths. Turkey’s total death toll in the pandemic now stands at 39,737.