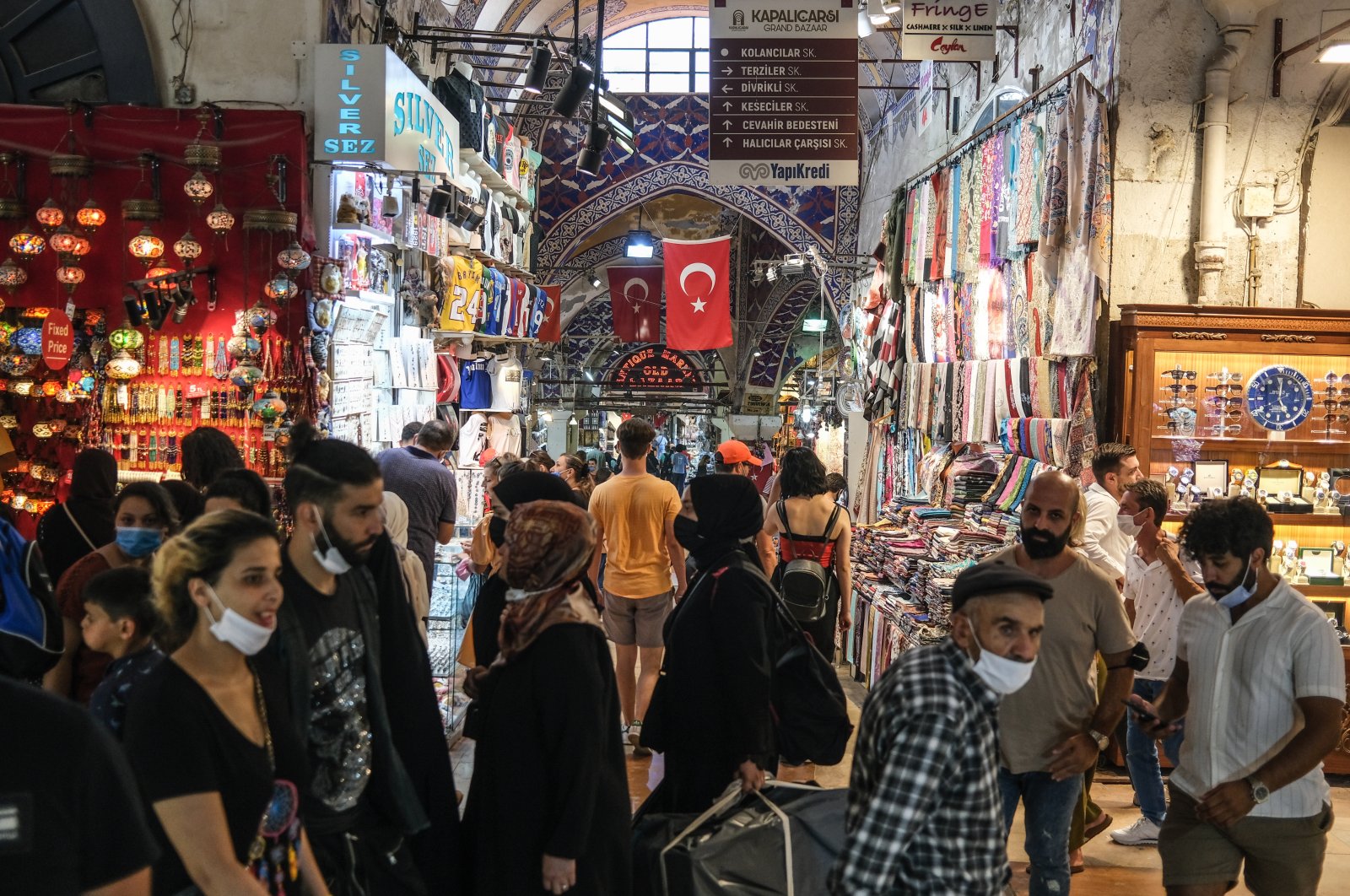 Turkey is among the economies that have made progress in vaccination programs as well as supportive monetary, fiscal and financial policies during the pandemic and all these have reflected positively on the country's production, investment and employment, Central Bank of the Republic of Turkey (CBRT) Governor Şahap Kavcıoğlu said Wednesday.

He was speaking at a meeting organized by the German-Turkish Chamber of Commerce and Industry under the title of “Monetary Policy, Inflation and Investments.”

Stating that the European Union is one of Turkey's most important trade and investment partners, Kavcıoğlu said that 55% of the country’s exports and 50% of imports are made up of bloc countries.

Kavcıoğlu further emphasized that there is room for improvement in the Turkish economy in terms of inflation, reserves and risk premium when compared with developing economies.

Besides, he said, Turkey has been one of the rare countries that have given significant real interest rates since the beginning of 2021, as a result of the monetary tightening that it implemented earlier and stronger than comparable countries.

“The risk premium affecting borrowing costs will continue to improve as we make progress in our efforts on inflation and reserve accumulation,” he said, adding that the short-term external debt also decreased by $25.7 billion (TL 216 billion) to $119.2 from $144.9 billion as of May 2021.

“This will also reflect positively on our external debt indicators,” Kavcıoğlu added.

Emphasizing that Turkey differs significantly from developed countries in all categories in terms of indebtedness, Kavcıoğlu noted that when compared to developing countries, Turkey's situation is relatively good in terms of public and household indebtedness.

While many countries are experiencing a new wave of the pandemic with several variants, he notes, “However, Turkey is among the countries with a relatively low number of cases, outperforming countries such as the United Kingdom and the United States, along with Germany.”

“Like all central banks, we are closely monitoring the developments regarding the course of the epidemic and its effects on the global economy,” he said.

Inflation to fall in Q4

Kavcıoğlu reiterated that the temporary factors affecting the inflation outlook are expected to lose effectiveness in the short term and consumer prices would enter a downward trend in the last quarter.

“We expect nonfood inflation to remain below the headline inflation throughout the rest of the year,” he said.

Kavcıoğlu said, in the upcoming period, more emphasis will be placed on decomposing the effects of supply shocks, as well as analyzes on demand factors that can be affected by monetary policy, core inflation developments and their compliance with Turkey’s medium-term inflation target.

Kavcıoğlu pointed out that one reason for this is the increase in commodity prices and supply constraints brought by the pandemic, “although these factors alone may not be sufficient to explain the price increases in some products.”

The emerging pricing behaviors will converge to the pre-pandemic level again in the coming period as economic and social normalization gains momentum, he added.