Not as bad as feared but still a record: UK GDP collapses nearly 20% in Q2 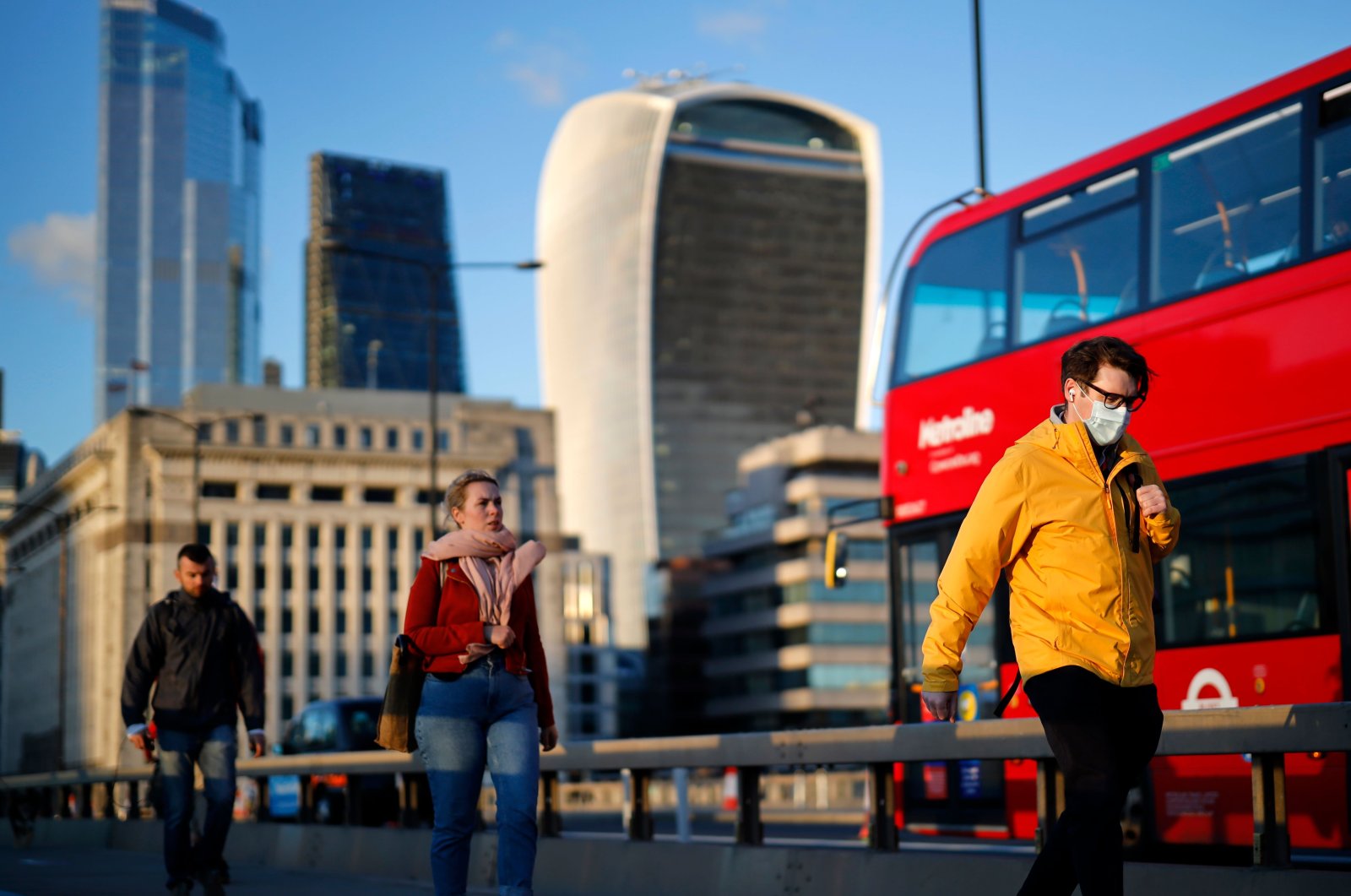 The U.K.’s unprecedented GDP fall is the biggest since records began in 1995 and make it the worst G-7 performer in the first half of 2020, while other data suggest Britain is on course for its biggest annual fall since the 1920s

The British economy did not contract as much as originally projected during the second quarter of the year when coronavirus lockdown measures were at their most intense, though the slump remained the worst on record.

Gross domestic product (GDP) shrank by 19.8% in the three months to June, the Office for National Statistics (ONS) said, slightly less than the initial estimate of a quarterly 20.4% crash but still more than any other major advanced economy.

The fall was the biggest since ONS records began in 1955. Other data suggested Britain is on course for its biggest annual fall since the 1920s.

However, ONS said the British economy contracted by more than previously thought during the first quarter when the virus started to affect business activity before the full restrictions on businesses were introduced on March 23. It now estimates that the economy shrank by 2.5% in the first quarter, against 2.2% previously.

“It is clear that the U.K. is in the largest recession on record," the statistics agency said. “The latest estimates show that the U.K. economy is now 21.8% smaller than it was at the end of 2019, highlighting the unprecedented size of this contraction.”

That contraction is greater than those recorded by the other advanced economies of the G-7 and more or less double the contractions seen in the United States and Germany, though statistical methods can vary between countries.

Since May, when lockdown measures started to be eased, the British economy has managed to eke out three months of growth, which has helped it recoup around half of the output lost.

Andy Haldane, the Bank of England's (BoE) chief economist, said the economy has recovered more strongly than expected and estimates that it will only be around 3%-4% smaller than it's pre-COVID level by the end of the third quarter, largely thanks to consumer spending.

“In other words, the economy has already recovered just under 90% of its earlier losses,” he said in a speech.

“Against a backdrop of more than 40,000 COVID-19-related deaths, an extra 1 million people unemployed and perhaps a quarter of the workforce having faced a cut in their incomes, the speed and scale of this recovery in consumption is, I think, fairly remarkable,” he added.

With the virus spreading in the community once again and some lockdown measures reimposed, there are worries that the recovery may start to stall this winter.

Further risks come from the lack of progress in post-Brexit trade discussions with the European Union. Though the U.K. left the bloc on Jan. 31, it is benefiting from tariff-free trade until the end of this year. The discussions are about agreeing on the outlines of the trading relationship from the start of 2021.

“We expect the U.K. to avoid a national lockdown and exit the single market in an orderly or at least semi-orderly fashion that involves the U.K. and the EU agreeing to some modest stopgap measures to prevent serious short-term disruption or with a full or partial deal,” said Kallum Pickering, senior economist at Berenberg Bank.

Output has rebounded in recent months, but the recovery looks to be fading with rising coronavirus cases and forecasts of a jump in unemployment as the government scales back job support.

"And the risk now is that renewed containment measures send the recovery into reverse," she added.

Households saved a record 29.1% of their income, up from 9.6% in the first quarter, as they were unable to spend in many shops and restaurants during the lockdown, while incomes were supported by a government job program which ends next month.

Britain has suffered Europe's highest death toll from COVID-19, with more than 42,000 fatalities.

Compared with a year earlier, Britain's second-quarter output tumbled 21.5% – the same as in Spain – while France reported a 19% drop.

The statistics office said differences in how countries estimated public sector activity – especially whether they focused on money spent or used the ONS's approach of looking at the extent of disruption to normal services – complicated international comparisons.

There have been some bright spots in the recovery.

Retail spending exceeded pre-pandemic levels in July and August – driven by a boom in online shopping, groceries and home improvement, and figures Wednesday showed the biggest annual rise in house prices in more than four years.

However, BoE’s Bailey has warned the expansion is likely to lose pace, with unemployment set to rise to 7.5% later this year, some parts of the economy facing new COVID-19 restrictions and headwinds from a fresh jump in cases.

Britain's current account deficit – normally one of its weak spots – shrank sharply to 2.8 billion pounds ($3.6 billion), or 0.6% of GDP, reaching its smallest in nine years as a result of the slump in global trade caused by the pandemic.