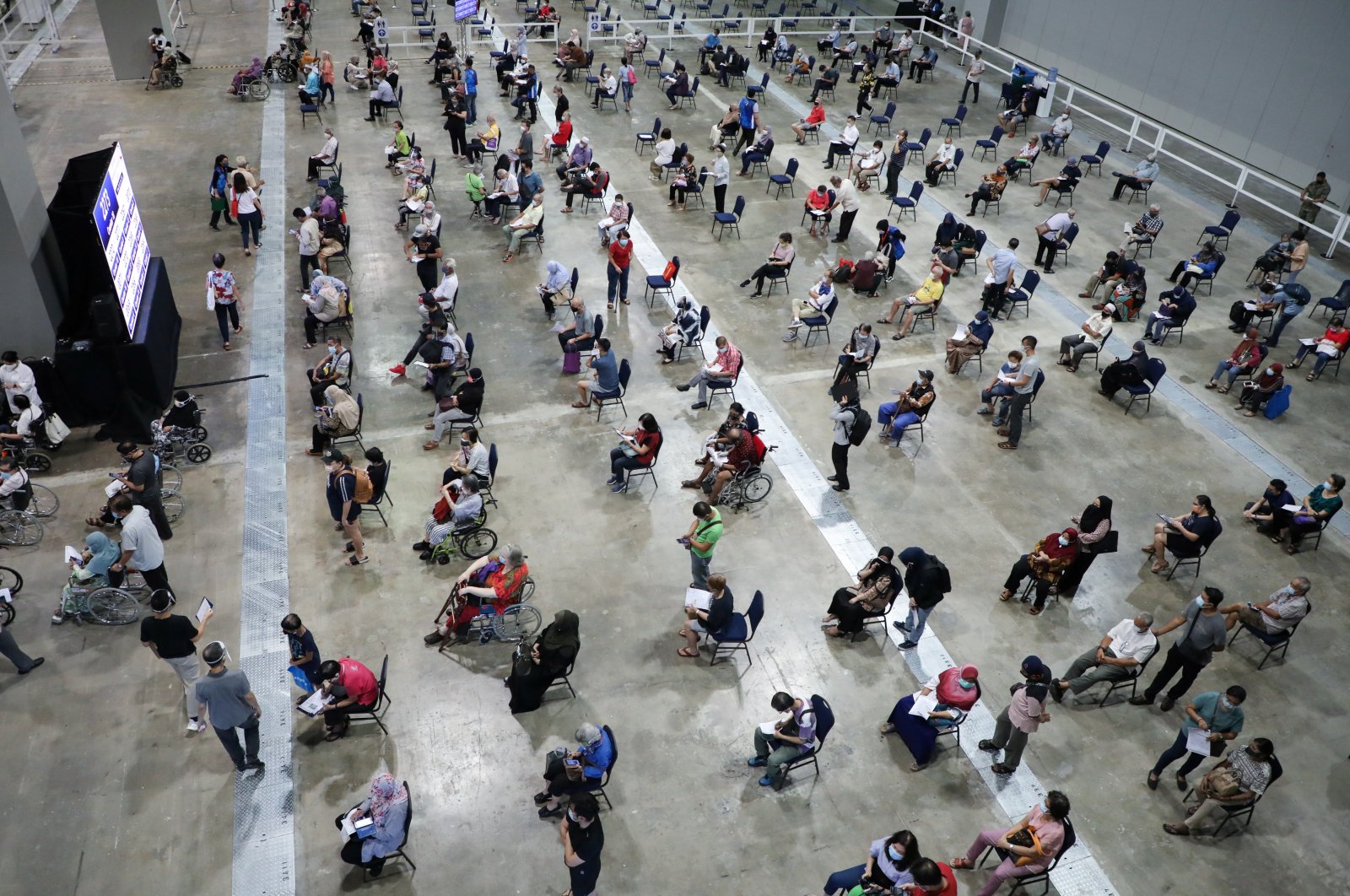 The Organisation for Economic Co-operation and Development (OECD) made an upward revision in its global gross domestic product (GDP) growth forecast for 2021 Monday but warned that "too many headwinds persist" as emerging economies are not provided with enough COVID-19 vaccines, making the world vulnerable to new virus variants.

The world economy will expand by 5.8% this year, up from a previous estimate of 5.6%, the Paris-based institution said in a report.

This follows a massive global recession last year that was caused by lockdowns and travel curbs imposed by governments to slow the spread of COVID-19.

"It is with some relief that we can see the economic outlook brightening, but with some discomfort that it is doing so in a very uneven way," OECD chief Laurence Boone said in the report.

The recovery is uneven so far, with the United States and China returning to pre-pandemic levels and forecast to have much stronger growth than other major economies, such as Japan and Germany.

The 38-nation organization, whose members account for 60% of global GDP, applauded the rapid reaction of governments to prop up the economy.

"Never in a crisis has policy support – be it health, with the record speed of vaccine development, monetary, fiscal or financial – been so swift and effective," Boone said.

"Yet, too many headwinds persist," she warned.

Boone said it was "very disturbing" that not enough vaccines were reaching emerging and low-income economies.

"This is exposing these economies to a fundamental threat because they have less policy capacity to support activity than advanced economies," she said.

The warning comes as the emergence of more contagious coronavirus variants has raised concerns around the world, with India battling a strain that has caused a surge in cases and deaths.

"As long as the vast majority of the global population is not vaccinated, all of us remain vulnerable to the emergence of new variants," Boone said.

New lockdowns would hurt confidence while companies, which are saddled with more debt than before the pandemic, could go bankrupt, she said.

Another risk to global GDP is how financial markets could react to concerns about inflation, the OECD said.

Analysts have voiced concerns that rising inflation will prompt central banks to withdraw their easy-money policies to prevent the economy from overheating.

The OECD said the price increases are only temporary and linked to economic recovery.

"What is of most concern, in our view, is the risk that financial markets fail to look through temporary price increases and relative price adjustments, pushing market interest rates and volatility higher," Boone said.

"Vigilance is needed," she concluded.