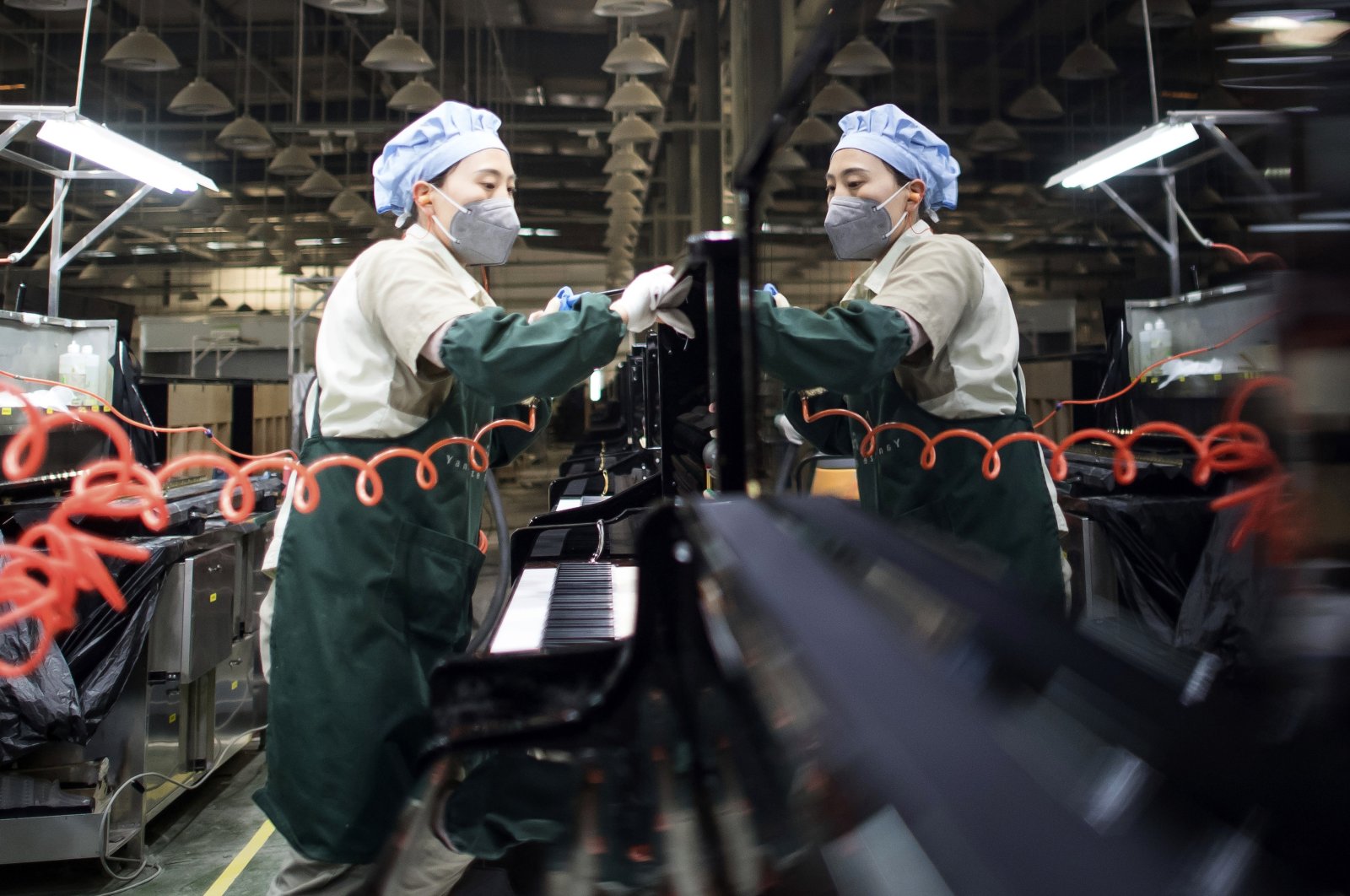 A worker cleans a piano at a production factory of Parsons Music Corporation in Yichang in central China's Hubei province, Nov. 23, 2021. (Xinhua via AP Photo)
by REUTERS Dec 01, 2021 10:19 am
RECOMMENDED

Factory activity across the world expanded in November although supply bottlenecks remained, according to surveys published on Wednesday, putting a cap on output and driving up the cost of raw materials

Towards the end of the month, the newly detected omicron coronavirus variant emerged as a fresh worry for policymakers, who are already trying to pilot recovering economies and tamp-down inflation.

The November surveys likely did not reflect the spread of the variant, which could add further pressure on pandemic-disrupted supply chains, with many countries imposing fresh border controls to seal themselves off.

"The Omicron variant...could be a game-changer: shortages of inputs and labor would worsen for manufacturers if Britain and other countries went into another lockdown," said Samuel Tombs at Pantheon Macroeconomics.

IHS Markit's final manufacturing Purchasing Managers' Index (PMI) for the eurozone nevertheless nudged up to 58.4 in November from October's 58.3, shy of an initial 58.6 "flash" estimate but still comfortably above the 50 mark separating growth from contraction.

Supply chain issues have made it a sellers' market for raw materials and the input prices index was only just below October's record high and factories in the region passed on the rising costs to customers at the fastest rate in the survey's history.

That suggests overall inflation in the bloc, which preliminary official data showed on Tuesday was a record high 4.9% last month, will continue to overshoot the European Central Bank's 2.0% target putting pressure on the bank to act.

In Britain, outside the European Union and eurozone, more manufacturers than at any point in the last 30 years reported rising costs last month, underlining pressure on the Bank of England (BoE) to raise interest rates.

The BoE will be the first major central bank to raise interest rates, possibly as soon as this month, a November Reuters poll predicted.

U.S. central bankers will discuss in December whether to end their bond purchases a few months earlier than had been anticipated, Federal Reserve (Fed) Chair Jerome Powell said on Tuesday, leading to a sharp move higher in shorter-dated Treasury yields.

The findings from the private-sector survey, which focuses more on small firms in coastal regions, stood in contrast with those in China's official PMI on Tuesday that showed manufacturing activity unexpectedly rose in November, albeit at a very modest pace.

"Relaxing constraints on the supply side, especially the easing of the power crunch, quickened the pace of production recovery," said Wang Zhe, senior economist at Caixin Insight Group, in a statement accompanying the data release.

"But demand was relatively weak, suppressed by the COVID-19 epidemic and rising product prices."

Beyond China, however, factory activity seemed to be on the mend with PMIs showing expansion in countries ranging from Japan, South Korea, India, Vietnam and the Philippines.

Japan's PMI rose to a near four-year high while in South Korea's the PMI edged up.