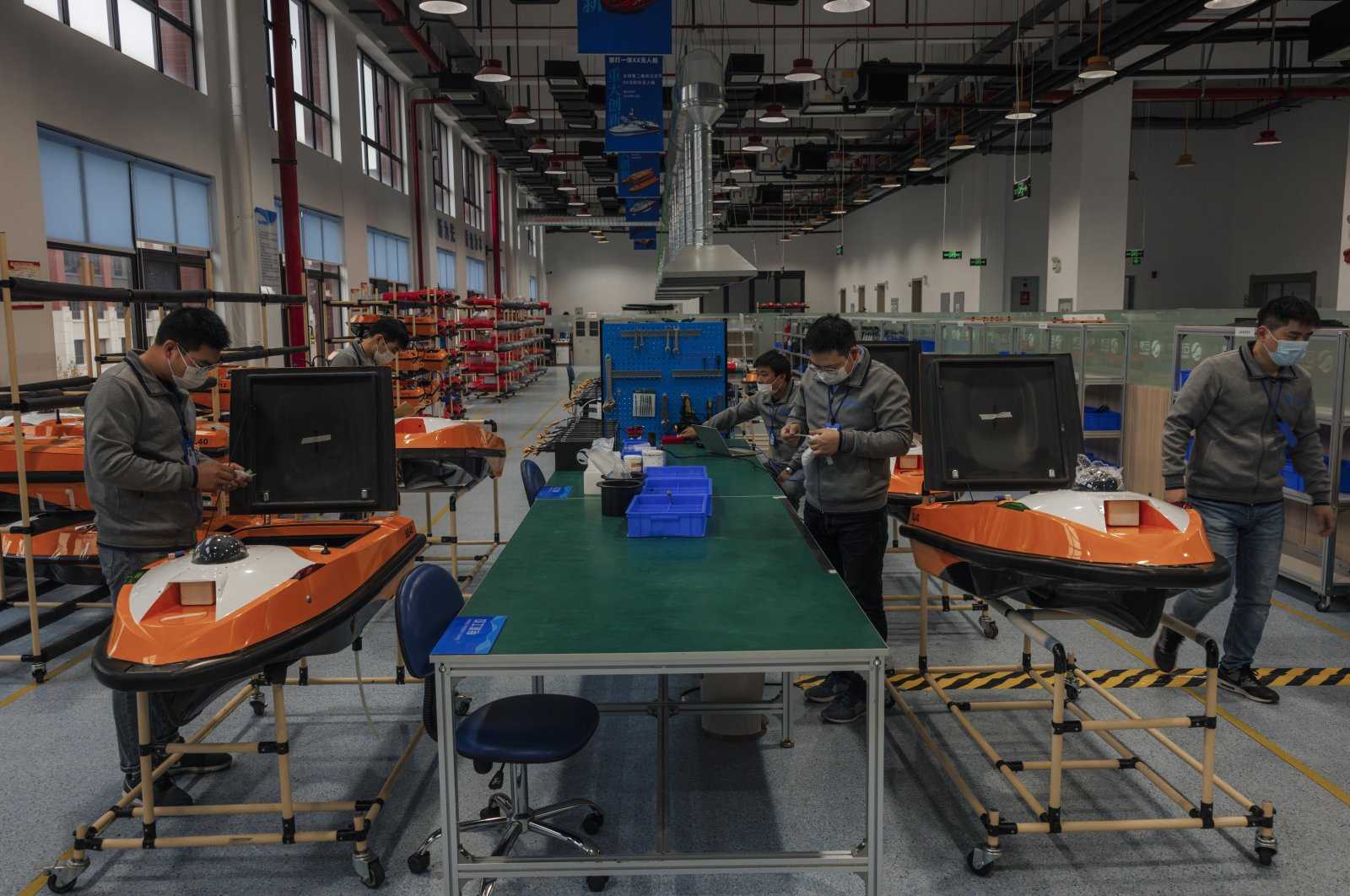 Policymakers in the region face pressures on multiple fronts as they steer their economies out of the pandemic-induced doldrums while also trying to keep prices under control amid rising commodity costs and parts shortages.

But a sub-index for output showed production shrank for the third straight month due to power shortages and rising costs, falling in line with Sunday's official PMI that showed factory activity in October shrinking.

Factory activity in October expanded in Vietnam, Indonesia and Malaysia as operations gradually normalized after being hit by shutdowns caused by a spike in COVID-19 infections.

Taiwan saw manufacturing activity growth accelerate on robust chip demand, while Japan's factory activity expanded at the fastest pace in six months in October in an encouraging sign for the world's third-largest economy.

India's factory activity expanded at its quickest pace in eight months in October, pointing to an extended business recovery in Asia's third-largest economy.

In a sign of the patchy nature of the region's recovery, however, South Korea's factory activity rose at the slowest pace in 13 months in October on shrinking output and softer demand.

Material shortages and delivery disruptions drove up Japan's input prices by the most in over 13 years.

"While October Manufacturing PMIs point to a strong rise in manufacturing output, industry is likely to be working through huge backlogs of orders for many months to come and resulting supply shortages further afield are set to persist," said Alex Holmes, emerging Asia economist at Capital Economics.

The final au Jibun Bank Japan PMI in October rose to 53.2 from 51.5 in the previous month, expanding for the ninth consecutive month.

South Korea's PMI, by contrast, fell to 50.2 in October from 52.4 in September, though it managed to stand above the 50-mark threshold that indicates expansion in activity, for a 13th straight month.

Asia's emerging economies have lagged advanced economies in recovering from the pandemic's pain as delays in vaccine rollouts and a spike in delta variant cases hurt consumption and factory production.