Sweden didn't lock down, but economy to contract anyway 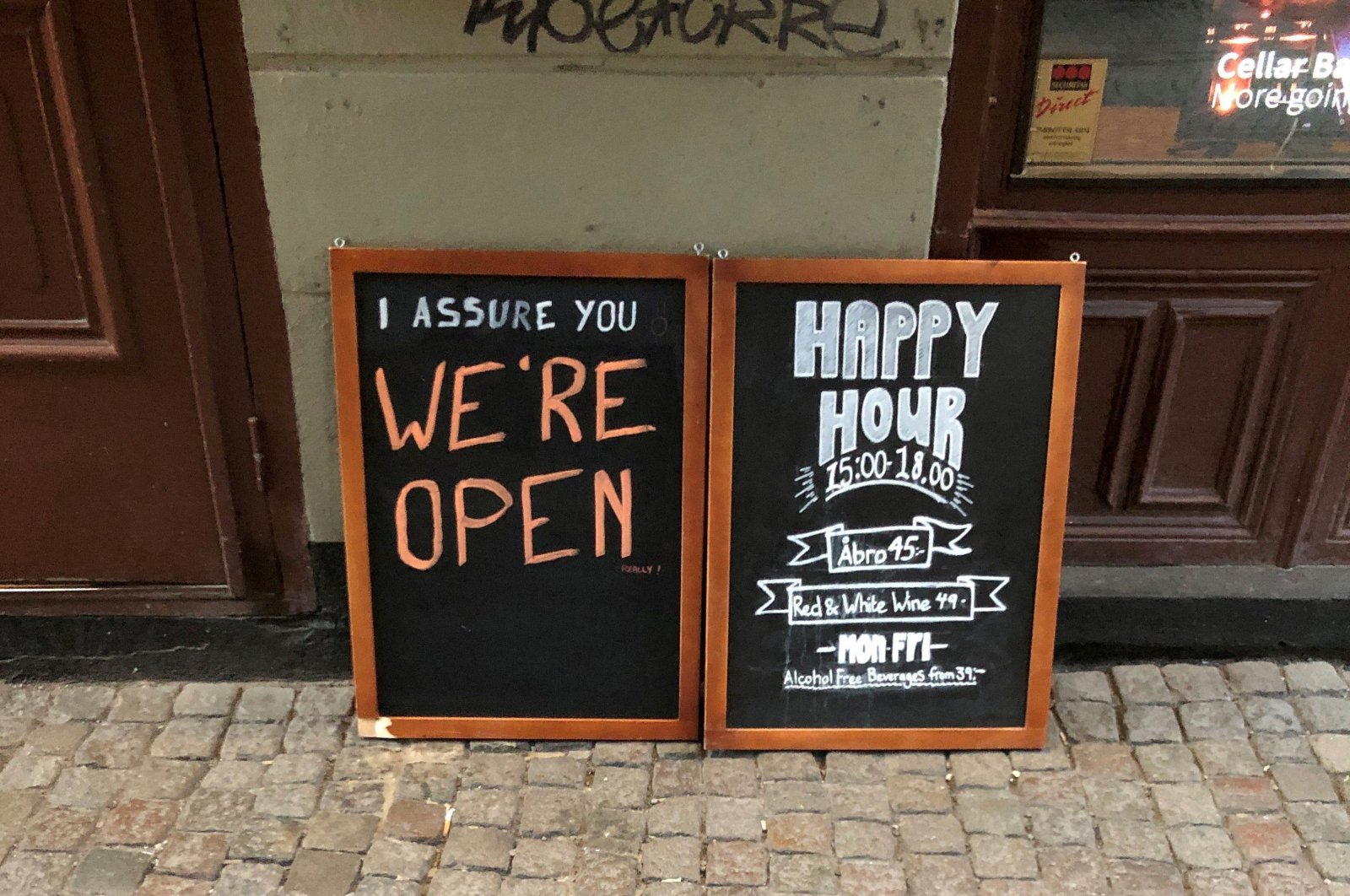 A sign assures people that a bar is open during the coronavirus outbreak, outside a pub in Stockholm, Sweden, March 26, 2020. (Reuters Photo)
by French Press Agency - AFP Jun 07, 2020 2:52 pm
RECOMMENDED

Unlike most countries, Sweden never went on lockdown during the coronavirus pandemic, largely keeping businesses operating, but the economy appears to be taking a hard hit nonetheless.

Under the Scandinavian country's controversial approach to the virus, cafes, bars, restaurants and most businesses remained open, as did schools for those under the age of 16, with people urged to follow social distancing and hygiene guidelines.

Whatever hope there may have been that this policy would soften the economic blow now seems dashed.

"As in most of the world, there will be a record decline for the Swedish economy in Q2," SEB bank economist Olle Holmgren said.

A rebound was likely in the latter part of the year, but "we expect it to take a long time before the situation normalizes," he told Agence France-Presse (AFP).

To be fair, Swedish officials insist their strategy was always aimed at public health, and never specifically at saving the economy.

The idea was to make sure hospitals could keep pace with the outbreak and protect the elderly and at-risk groups.

Sweden has succeeded at the former, but admitted failure at the latter, with more than three-quarters of virus deaths occurring among nursing home residents and those receiving care at home.

"When we have decided what measures to take to stop the virus from spreading, we have not had any economic considerations. We have followed the advice of our (public health) experts on this issue," Finance Minister Magdalena Andersson told reporters in late May.

That gives it one of the world's highest virus mortality rates, with 459.3 deaths per million inhabitants – four times more than neighboring Denmark and 10 times more than Norway, which both imposed stricter confinement measures.

At first Sweden's export-heavy economy seemed to be doing okay, with their gross domestic products (GDP) actually growing by 0.1% in the first quarter.

But now the country is expected to follow the same path as most of Europe, with its economy shrinking for the full-year 2020 and unemployment soaring.

GDP down, unemployment up

In April, the government predicted GDP would contract by 4% in 2020, compared to its January forecast of 1.1% growth.

While the European Commission has forecast a Swedish contraction of 6.1% (compared to -6.5% for Germany and -7.7% for the eurozone), the outlook presented by the Swedish central bank is even more dire – it anticipates a GDP decline of up to 10%.

Some economists see Swedish growth rebounding as early as the second half of 2020, but the finance minister has warned things could get worse before they get better.

Before the crisis, Sweden's labor market was in good shape, with strong job creation and a declining unemployment rate.