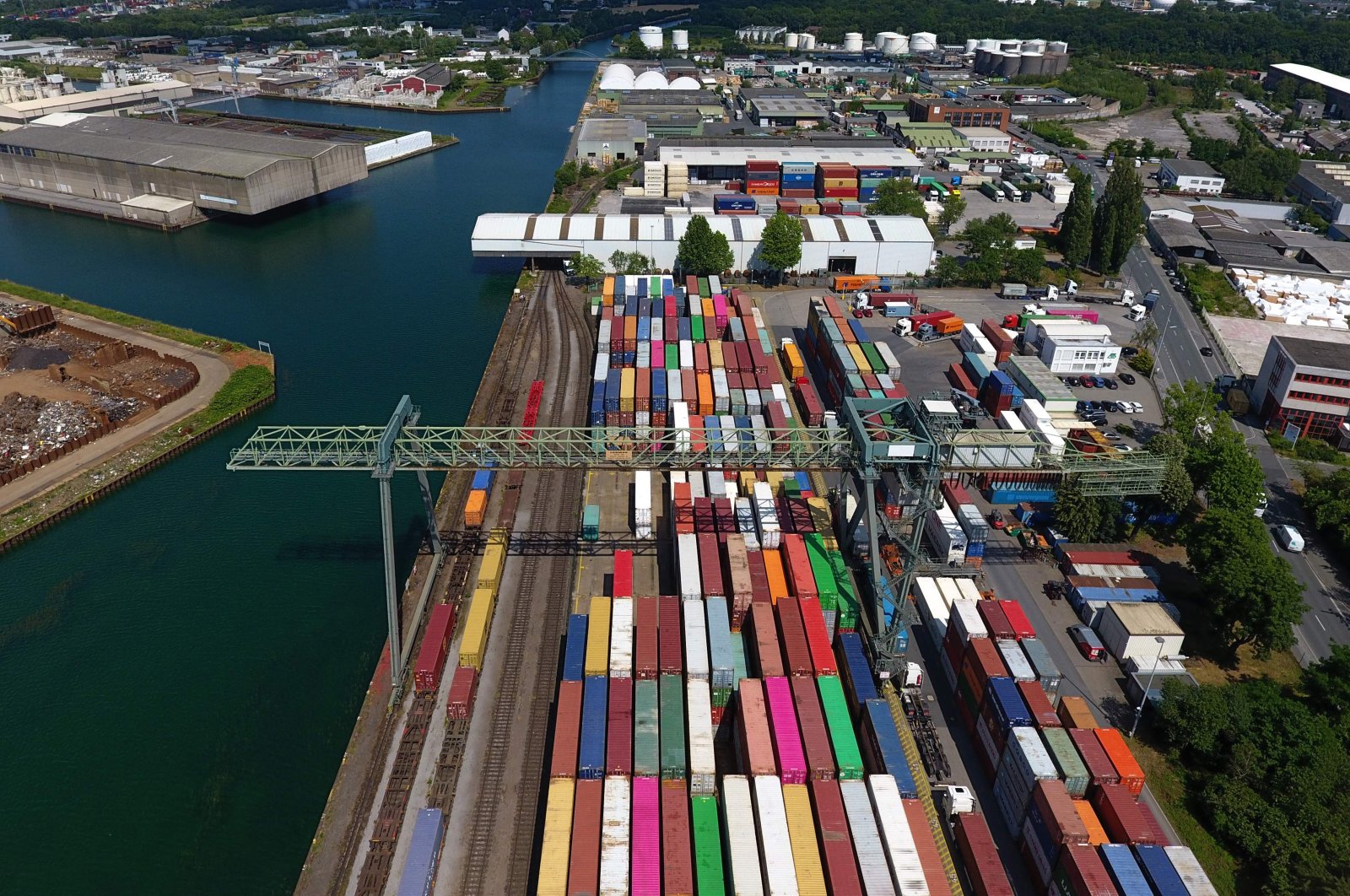 The five institutes – the RWI in Essen, the DIW in Berlin, the Ifo in Munich, the IfW in Kiel and Halle’s IWH – cut their growth projections for this year to 2.4% from the 3.7% they had forecast earlier this year.

They said, however, that during the course of 2022 the economy should return to normal capacity utilization as the adverse effects of the pandemic and supply bottlenecks are gradually overcome. They raised the 2022 growth forecast to 4.8% from 3.9% in 2022.

“The challenges of climate change and the foreseeable lower economic growth due to a shrinking labor force will reduce consumption opportunities,” said the IWH’s Oliver Holtemoeller.

The Economy Ministry said a gross domestic product (GDP) increase was likely in Germany in the third quarter thanks to a growth in services, though growth was expected to stagnate toward the end of 2021.

Germany’s manufacturing and export-heavy economy have been hit by shortages of a range of parts and raw materials as global supply chains struggle to cope with the rebound in demand post-pandemics, as well as by higher input prices.

That has led to talk of a “supply chain recession.” In particular, the auto industry has suffered from a lack of semiconductor components for the many electronic functions in today’s automobiles, forcing them to cut back production. Unusually high natural gas prices have forced big chemical firms to cut back the production of ammonia, a key ingredient in fertilizer.

Businesses have to prepare for a “difficult autumn,” Joachim Lang, the head of Germany’s influential industrial lobby, the BDI, said last week in response to sinking export figures.

Ralph Wiechers, the chief economist at the mechanical engineering industry group VDMA, told the Agence France-Presse (AFP) that businesses were being confronted with shortages across the board, “whether it’s wood for pallets, packing materials, steel – an important input for our industry – or computer chips, semiconductors.”

Orders from customers have also begun to drop among the companies Wiechers represents due to an inability to lay their hands on materials.

“They are not getting the plastic supplies, so why should they buy a plastic processing machine?” he said.

The deterioration of the economic situation has seen a series of Germany’s closely watched economic indicators turn red.

Last week, the federal statistics agency Destatis reported that industrial production went into reverse in August, falling by 4% month-on-month, while incoming orders fell by 7.7% after a record July.

Production lines in Germany at Volkswagen, Opel and Ford have been at a standstill as bottlenecks tighten, while BMW and Mercedes-Benz have been delivering vehicles with missing components, according to the German weekly WirtschaftsWoche.

Slowing production has meant retailers have had to manage delivery problems, too. Almost 74% were affected, according to a survey by the Ifo institute, including bicycle sellers, DIY centers and purveyors of consumer electronics.

Additionally, the report said that “a normalization of contact-intensive activities cannot be expected” in the current year. Service, sports and entertainment businesses have suffered large losses from the pandemic and still face some public reluctance as well as capacity limits and vaccination requirements for entry.

At the same time, consumers are expected to face higher inflation than has been usual in recent years.

The five institutes expect consumer prices to rise by 3% in the current year, by 2.5 % in 2022 and 1.7% in 2023, while the public budget deficit is expected to fall from 4.9% in relation to gross domestic product in the current year to 2.1% in the following year.

“We assume that monetary policy will be able to achieve its price stability goal in the medium term. That would be an average inflation rate for consumer prices of 2% per year,” said Holtemoeller at a news conference.

The institutes said the current inflation forecast was based on an assumption that wages would rise by 2 percentage points to 2.5% in the next few years.

If collective wages rose by more than that, as unions suggested, this would change the situation significantly and lead to high inflation rates, they said.

Germany’s exposure to international supply issues and dependence on exports mean Europe’s economic powerhouse will touch its pre-pandemic level “later than most other countries,” said Carsten Brzeski, head of macro research at ING.

The course of any further stimulus is likely to be determined by the outcome of ongoing coalition talks, with the center-left Social Democrats poised to lead the next German government following last month’s elections.

Scarcities have also contributed to inflationary pressures that have seen prices in Germany rise at their fastest pace since 1993, up 4.1% year on year. The government does not expect inflation to ease until next year when one-off effects run out.

Besides shortages in materials, the surge was driven by one-off tax effects related to the pandemic, as well as sharp rises in energy prices – a Europe-wide phenomenon – which rose by 14.3%.

In such circumstances, rising prices that are not compensated for by faster growth lead to the economy getting weaker.