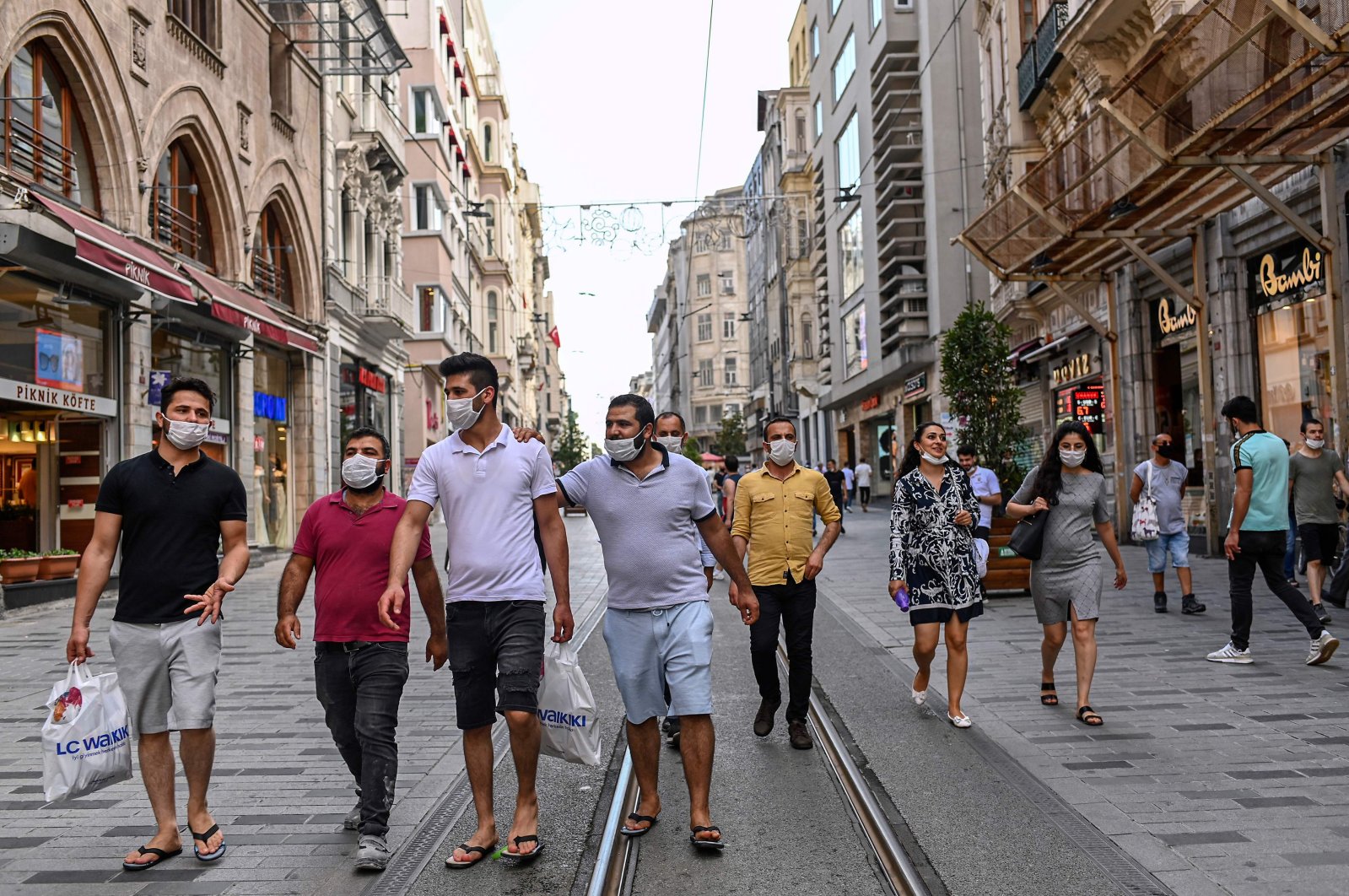 Turkey's economic confidence index rebounded 19.1% month-on-month in June to 73.5 points, data by the national statistical body showed Monday, the second month of recovery from lows caused by measures to combat the spread of the coronavirus.

Economic activity had declined sharply in March and April as the country implemented measures to slow the virus' spread. Turkey gradually eased measures aimed at reviving the economy in May and lifted most of them in June as it advanced in its fight against COVID-19.

“Confidence in the Turkish economy is on the rise,” Treasury and Finance Minister Berat Albayrak said, evaluating the data. “I hope we will continue 2020 with this performance and take it even further next year,” Albayrak said on his Twitter account.

The economic confidence index jumped from 61.7 last month as the country relaxed coronavirus-related restrictions, according to the Turkish Statistical Institute (TurkStat) data.

“There is a strong revival in all sub-items of the index, especially the real sector,” Industry and Technology Minister Mustafa Varank said in his evaluation of the data.

“We aim for this course to become stronger and be permanent,” Varank said on his Twitter account.

Turkish stocks slightly outperformed their peers for the day following the data. The Turkish lira was flat against the dollar and traded at TL 6.85.

A recent jump in virus cases worldwide has dampened optimism over a swift economic recovery from the worst global downturn since the 1930s Great Depression. The spike has caused some governments to backtrack on pandemic reopenings, or to warn they might have to.

Concerns have deepened as the number of confirmed cases topped 10 million, with more than 500,000 reported dead from COVID-19, according to a tally by U.S.-based Johns Hopkins University.

Turkey announced 1,356 new infections on Sunday, bringing the total toll to 197,239. Over 170,000 patients in the country have so far recovered from the disease, while the country’s death toll from the virus stands at 5,097.

The index measures the degree of optimism in the economy which consumers express through their saving and spending habits.

It indicates an optimistic outlook about the general economic situation when the index is above 100, while it shows a pessimistic outlook when below 100.

President Recep Tayyip Erdoğan and Treasury and Finance Minister Albayrak recently both predicted the economic recovery would accelerate after the downturn caused by the pandemic, citing recent improvements in economic activity and leading economic indicators.

“We anticipate the acceleration of the economic recovery and strong growth rates in the last two quarters of the year,” he noted. “We see that foreign markets are starting to recover.”

Albayrak, on the other hand, said the leading indicators from June were giving positive signals for an improvement in the economy, citing growth in domestic demand and increases in consumer confidence as well as a jump in the country’s Purchasing Managers' Index (PMI).

He said Turkey is anticipated to come out of the coronavirus-driven crisis with a V-shaped recovery and will converge its potential growth.

Europe's economic sentiment up in June

Separately, following a coronavirus-triggered slowdown, economic confidence has also risen sharply in the European Union and eurozone on a monthly basis, the European Commission announced on Monday.

In June, the Economic Sentiment Indicator (ESI) climbed 8.2 points to 75.7 in the EU27 and 8.1 points to 74.8 in the eurozone, according to a press release by the commission.

The eurozone/euro area or the EA19 represents member states that use the single currency-euro-while the EU27 includes all member countries of the bloc.

"The ESI in both regions has so far recovered some 30% of the combined losses of March and April, the statement read.

Confidence in the industry, services, retail trade and construction sectors rebounded by 5.8%, 8%, 10.4% and 4.8% respectively, while consumer confidence bounced back 4.1% in June month-on-month.