Turkish aquaculture exports surpass $1B for 1st time in 2020 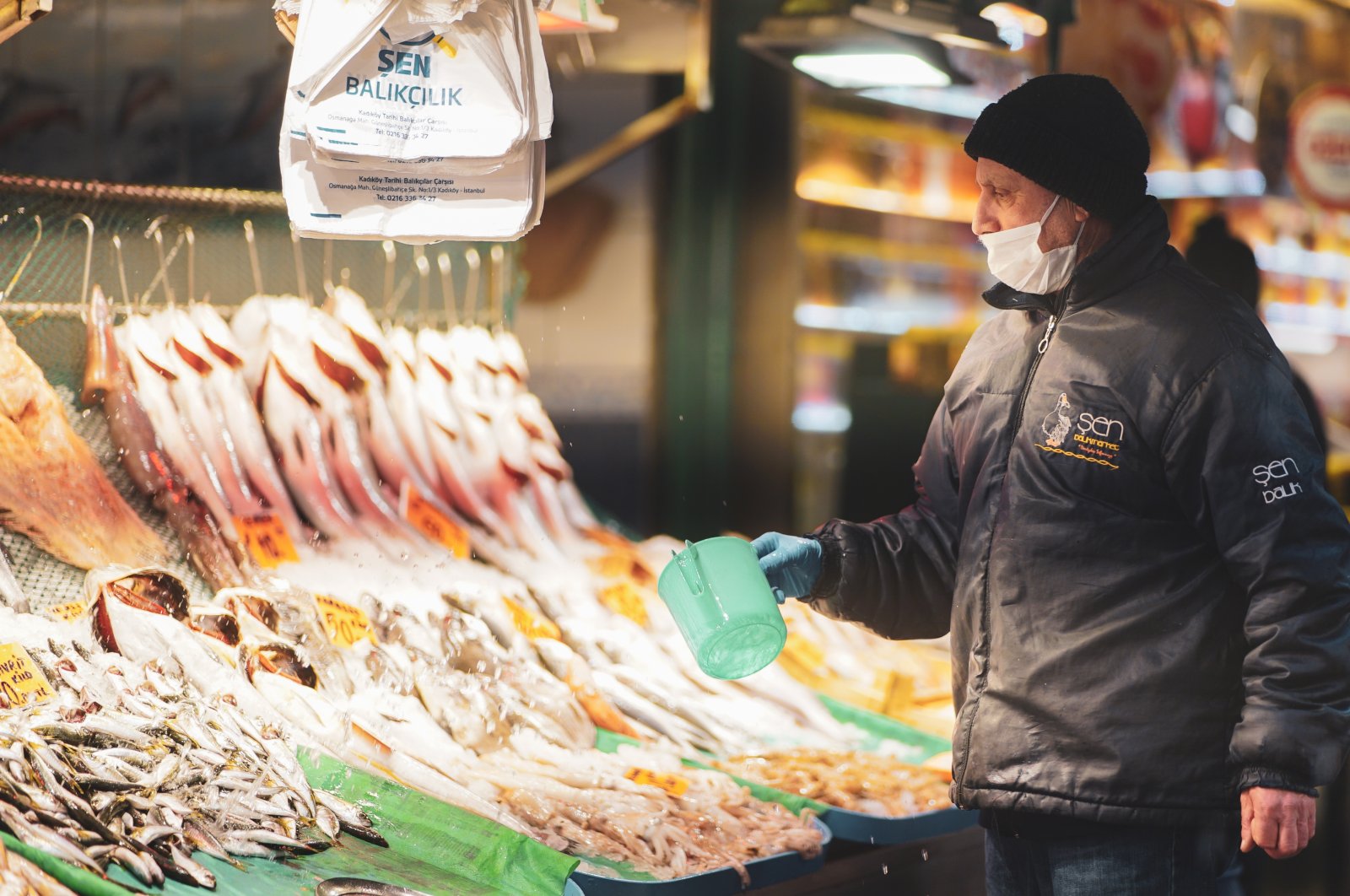 A fisherman wearing a protection mask against the COVID-19 pandemic stands at the counter in a fish market in Istanbul, Turkey, Feb. 4, 2020. (Shutterstock Photo)
by Anadolu Agency Apr 27, 2021 3:47 pm

Aquacultural exports from Turkey surpassed $1 billion (TL 8.21 billion) for the first time in 2020, according to data by the country's statistical authority.

On the importation side, the country's aquaculture imports were $143.1 million last year.

The main destination of Turkish aquaculture exports were the Netherlands with $133.08 million, followed by Russia with $131.9 million, Italy with $121.45 million and Greece with $81.24 million.

Turkey is Europe's largest fish provider and even exports tuna to Japan, he noted.

He said the sector is continuing to work toward the 2023 aquaculture export target of $2 billion.