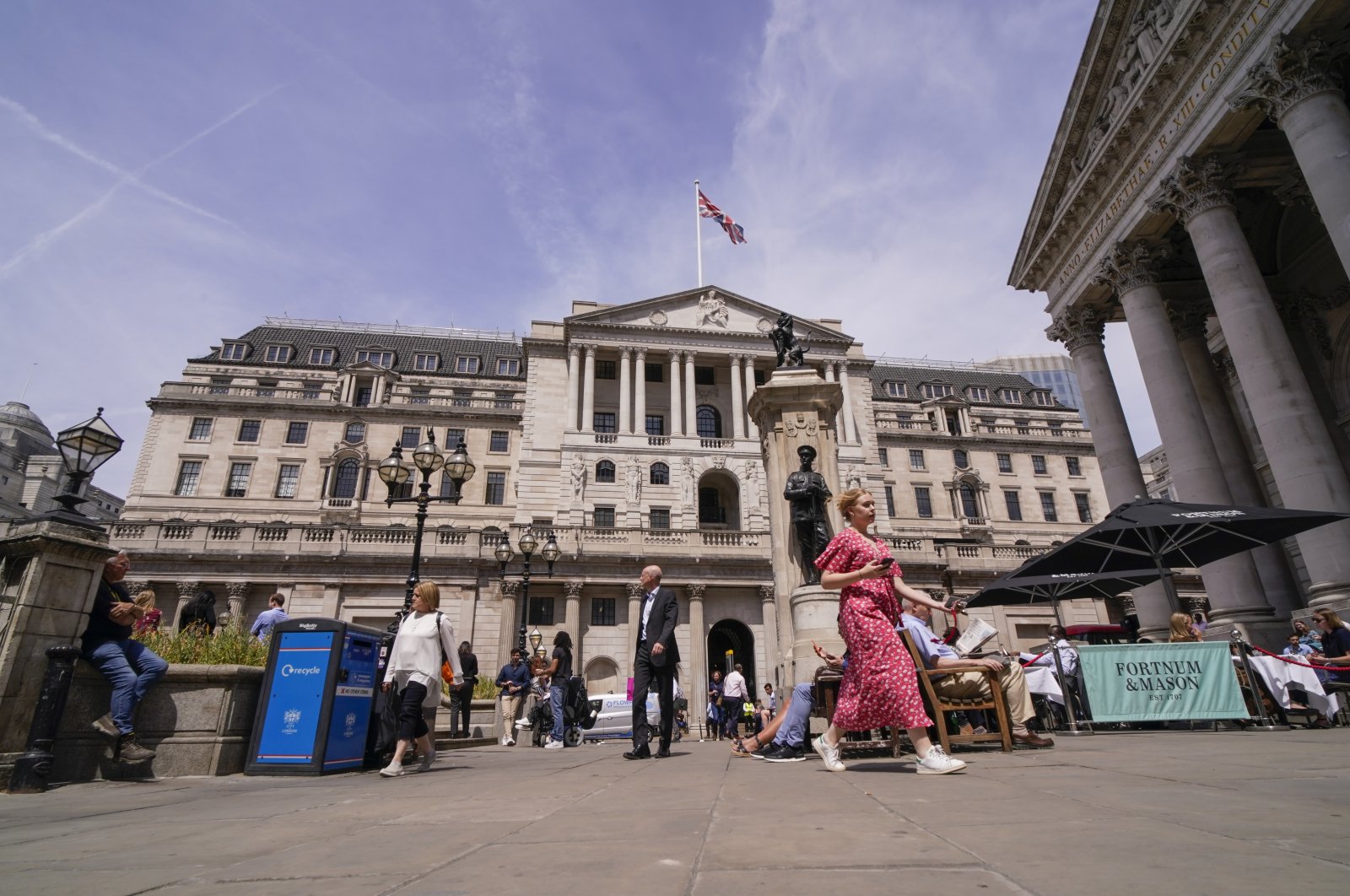 Soaring food prices pushed British consumer price inflation to a new 40-year high of 9.1% in May, the highest rate out of the Group of Seven (G-7) countries, shedding light on the severity of the cost-of-living crunch.

Records from the Office for National Statistics (ONS) show May's inflation was the highest since March 1982 – and worse is likely to come.

The sterling, one of the weakest currencies against the U.S. dollar this year, fell below $1.22, down 0.6% on the day, before later recovering.

The increase was in line with analysts’ expectations and signals no quick end to the cost-of-living squeeze facing millions in Britain.

Some investors judge Britain to be at risk of both persistently high inflation and recession, reflecting its large imported energy bill and ongoing Brexit-related friction which could further hurt trade ties with the European Union.

“With the economic outlook so unclear, no one knows how high inflation could go, and how long it will continue for – making fiscal and monetary policy judgments particularly tough,” said Jack Leslie, senior economist at the Resolution Foundation think tank.

Earlier on Wednesday, the Resolution Foundation said the cost-of-living hit for households was being compounded by Brexit, with damaging long-term implications for productivity and wages.

Average pay is not keeping up with inflation and trade unions have warned of widespread strikes in the coming months. Railway staff have already staged mass walkouts this week.

Britain’s headline inflation rate in May was higher than in the United States, France, Germany and Italy. While Japan and Canada have yet to report consumer price data for May, neither is likely to come close.

“The further increase in Consumer Prices Index inflation to 9.1% underscores the severe pressure that businesses and households are under,” said David Bharier, head of research at the British Chambers of Commerce.

“This inflationary surge sits alongside a poor economic outlook and unless the government acts with urgency to encourage businesses to invest, the chances of a recession will only increase.”

The Bank of England (BoE) said last week that inflation was likely to remain above 9% over the coming months before peaking at slightly above 11% in October, when regulated household energy bills are due to rise again.

Financial markets show interest rates in Britain are on course to rise above 3% around the turn of the year from 1.25% now, although most economists think waning economic growth means the BoE will raise rates by less than that.

Finance Minister Rishi Sunak said after the data that the British government was doing all it could to combat a surge in prices and the central bank would act “forcefully” to contain inflation.

Britain has “all the tools we need” to bring down inflation, Sunak told reporters.

“Firstly, the Bank of England will act forcefully to combat inflation,” he said. “Secondly, the government will be responsible with borrowing and debt so we don’t make the situation worse and drive up people’s mortgage rates any more than they’re going to go up,” he noted.

“And lastly, we’re improving the productivity of our economy, improving the supplies of energy we have and moving people off welfare into work.”

Sunak echoed language used by the BoE last week after it raised interest rates – although the central bank’s line was more conditional, saying it would “if necessary act forcefully.”

He defended a planned pension increase in line with inflation, amid criticism that the government was at the same time urging below-inflation increases for workers.

“The slight difference with pensions is pensions are not an input cost into the cost of producing goods and services we all consume so they don't add to inflation in the same way,” he said.

He said public sector worker pay increases needed to be proportionate and balanced, in line with the need not to make inflation worse and remain affordable to the taxpayer.

Prices for food and nonalcoholic drinks rose by 8.7% in annual terms in May – the biggest jump since March 2009 and making this category the biggest driver of annual inflation last month.

Annual core inflation – which strips out food and energy prices to give an idea of domestically generated cost pressure – fell for the first time since September to 5.9% from 6.2%, a lower-than-expected reading.

“The Bank of England may indeed gain some hope from the fact that core price pressures are subsiding (but) we doubt this ... will be enough to avert further rate rises in the coming months,” said Sandra Horsfield, an economist from Investec.

Overall consumer prices rose by 0.7% in monthly terms in May, the ONS said, a little more than the 0.6% consensus.

Costs paid by British factories for materials and energy – a key determinant of prices later paid by consumers in shops – were 22.1% higher in May than a year earlier, the biggest increase since these records began in 1985, the ONS said.