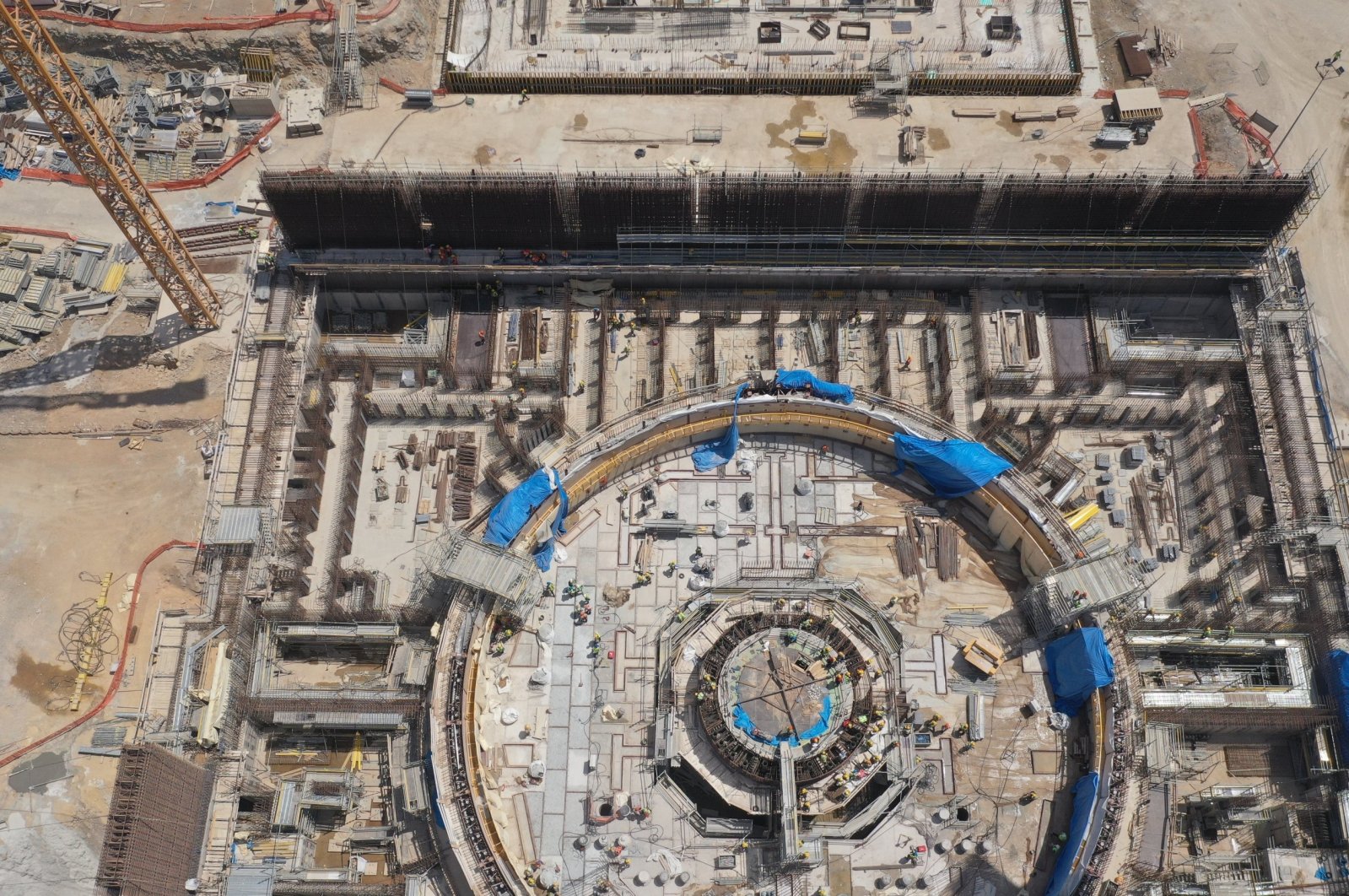 An aerial view showing the construction site of the Akkuyu NPP, Mersin, southern Turkey, June 26, 2020. (Energy and Natural Resources Ministry via AA)
by DAILY SABAH WITH AA
May 30, 2021 2:40 pm

Nuclear power plants support sustainable development and are a reliable and low-carbon source of electricity. A new nuclear power plant will also provide many social and economic benefits during its construction and its approximately 60-year operational life, the Nuclear Industry Association (NSD) chairperson said Sunday, as he highlighted nuclear power's importance in terms of reaching carbon emission reduction targets.

Pointing to that the zero carbon emission by 2050 goal according to the Paris Climate Agreement, the energy system should be reshaped with carbon-free resources.

“Nuclear energy holds the key to realizing the climate commitments. We must prefer carbon-neutral production options such as nuclear energy and renewable energy sources,” he said.

Çiftçi said if Turkey develops the technology, it will make an important contribution to the country’s target of having a current account surplus, while nuclear energy and the associated investments in the field will also be a driving force for employment.

He pointed out that the sector continued to provide employment even during the COVID-19 pandemic. He said more than 8,000 Turkish citizens are currently working at the Akkuyu Nuclear Power Plant (NPP) in southern Turkey’s Mersin which is being built as a Turkish-Russian joint-project.

“Nuclear power plants will have a very important place in the future of energy. They offer more employment opportunities compared to other energy production facilities. In addition to permanent and high-paid employment, it is also important to gain work experience in the field of nuclear energy,” he said.

He added that the Akkuyu NPP will provide employment opportunities for approximately 4,000 people once operational.

“In addition to the direct employment provided by nuclear power plants, indirect employment is also very high,” he said and added that when Turkish companies begin providing services, the employment that Akkuyu NPP is set to provide will increase further.

"As we continue on this path with innovative nuclear technologies, such as small modular reactors, a significant added value will be generated from the nuclear energy field for the national economy,” he added.

He said Turkish industrialists have achieved significant success in localization efforts of the nuclear industry, Çiftçi said, "More than 400 local companies are working for Akkuyu NPP at the moment. Turkish companies will meet nearly $6 billion to $7 billion (TL 51-60 billion) in demand for goods and services.”

"The engineering infrastructure and production capabilities in Turkey are highly developed,” Çiftçi said and outlined that it is supported with a very competent sub-industry network.

“These industrialists have the capacity to make a significant contribution during the construction phase of nuclear power plants,” he said.

Çiftçi further noted that Turkish companies who gain experience within the country can take this abroad and undertake projects in other countries.

He said that 52 nuclear reactors, including the Akkuyu NPP, are under construction around the world.

"It is possible for Turkish companies in particular to transfer the experience gained in the Akkuyu NPP project to the construction process of the other 36 reactors carried out by Rosatom abroad,” he added.