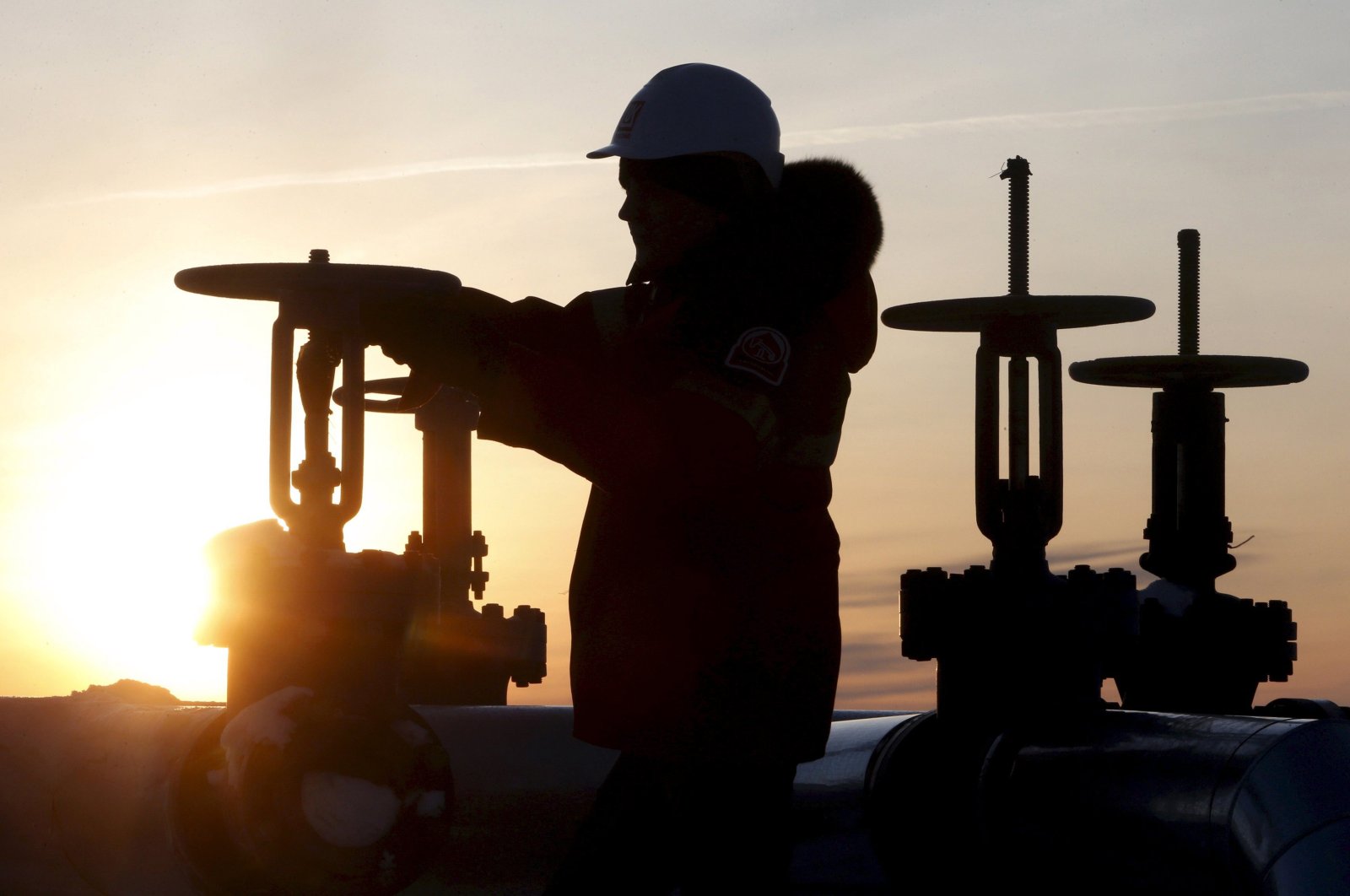 A worker checks the valve of an oil pipe at the Lukoil company-owned Imilorskoye oil field outside the West Siberian city of Kogalym, Russia, Jan. 25, 2016. (Reuters Photo)
by REUTERS
Nov 30, 2020 2:23 pm

OPEC+ members will consider whether to extend existing oil cuts for three to four months or to increase output gradually from January during their two days of talks that start on Monday, OPEC+ sources told Reuters.

Officials from the Organization of the Petroleum Exporting Countries, Russia and others, a group known as OPEC+, held an initial round of talks on Sunday before formal discussions began but failed to reach an agreement on policy for 2021.

OPEC+ had been due to ease existing production cuts by 2 million barrels per day (bpd) from January 2021, but a second coronavirus wave has reduced demand for fuel around the world, prompting a rethink among members of the group.

OPEC+ is now considering extending the existing cuts of 7.7 million bpd, about 8% of global demand, into the first months of 2021, a position supported by OPEC's de facto leader Saudi Arabia and other major producers in the group, sources said.

Preliminary consultations on Sunday between Saudi, Russian and other key ministers did not agree on a strategy.

Sources have said talks were now focusing on extending cuts by three to four months or increasing output gradually from January, the position supported by Russia.

Kremlin spokesperson Dmitry Peskov said differences between Russia and OPEC were not as severe as in early 2020 when disagreements led to a collapse in talks and a surge in output.

But Peskov said President Vladimir Putin had no plans to call Saudi Arabia's leadership before the OPEC+ meeting, a move that in the past has helped smooth over any dispute.

OPEC+ data shows a three-month extension of existing cuts would still leave oil inventories in the industrial world in 2021 above their five-year average, a key benchmark monitored by OPEC+, although the overhang would be reduced.

Kazakhstan, a member of OPEC+, has opposed extending existing cuts into next year and has called for increasing output in line with the current pact, one source said.

"Today's meeting will be difficult, especially if Russia and Kazakhstan didn't change their position," the OPEC+ source said.

The meeting of OPEC, which precedes a gathering of the wider OPEC+ alliance, was expected to start at 1 p.m. GMT on Monday.

Oil had a bull run last week triggered by hopes for a virus vaccine and expectations of a cut rollover.