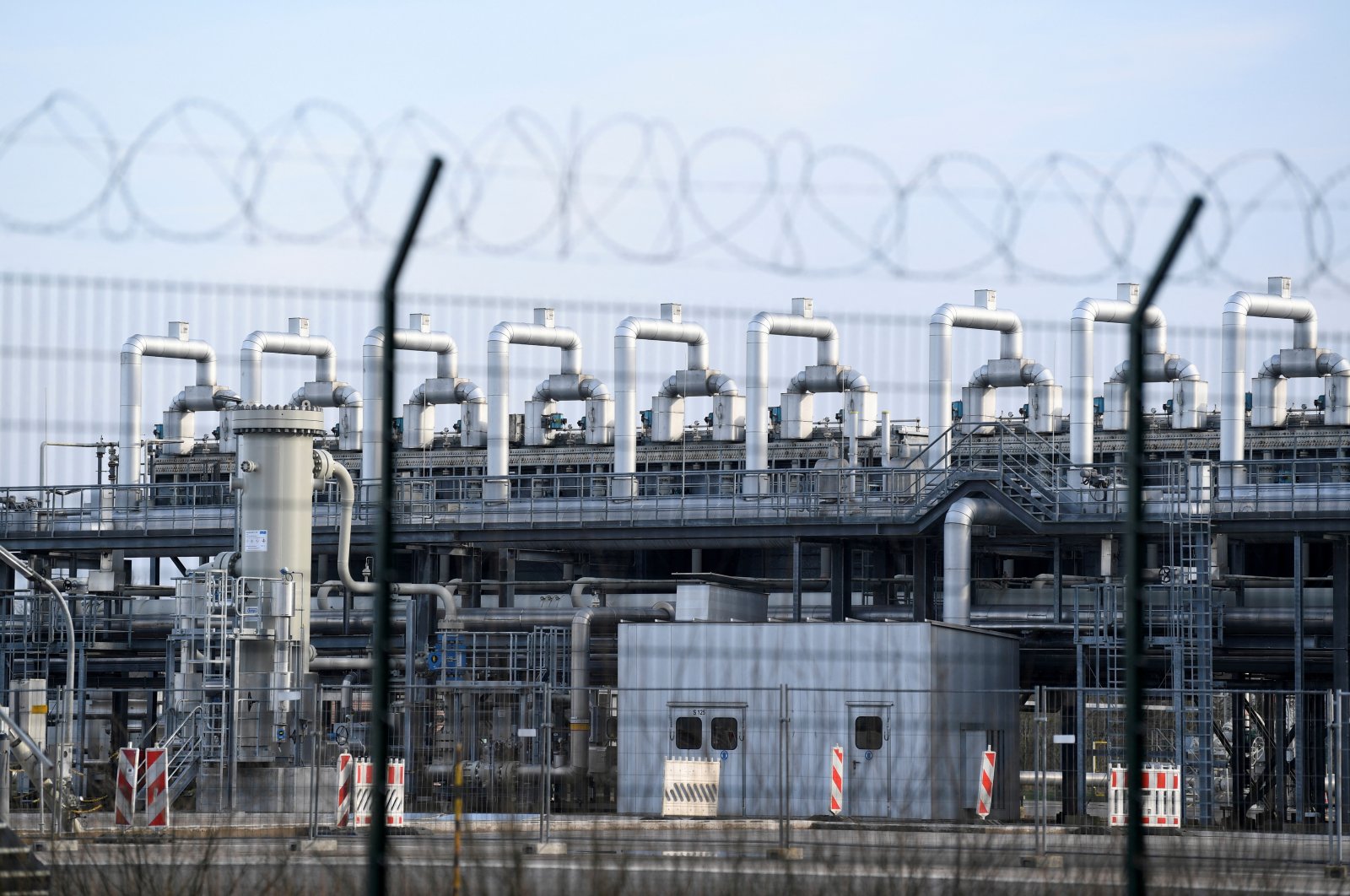 Russia reduced natural gas to Europe again Friday, including cutting flows by half to Italy and Slovakia and completely to France, as countries have worked to ease their dependence on Russian supplies amid the war in Ukraine.

It marks the third day of significant reductions to the fuel that powers industry and generates electricity in Europe, which also have hit Germany and Austria. It has further spiked already-high energy prices that are driving record inflation in the European Union.

Russia has blamed a technical problem for the cuts to the key Nord Stream 1 pipeline serving Germany and France, saying equipment being refurbished in Canada was stuck there because of Western sanctions.

Leaders in Germany and Italy called the reductions a political move, and it has escalated the energy tensions in Europe, following Russia's previous cutoff of natural gas to Poland, Bulgaria, Finland, the Netherlands and Denmark.

Ukrainian President Volodymyr Zelenskyy said Friday that the reductions are “blackmail (against) both individual countries and Europe as a whole.”

Russia told Slovakia’s state-controlled gas company SPP that it would reduce deliveries to the country by 50%, SPP director Richard Prokypcak told a conference in Bratislava. The reason for the reduction has not been made clear.

Russian state-owned energy giant Gazprom told Italian gas company Eni on the same day that it would supply only 50% of the amount of gas requested for Friday, reducing the flow to one of Europe's biggest importers of Russian gas for the third day.

Gazprom reduced by 15% Italy's requested delivery on Wednesday. The ANSA news agency reported the Russian company dropped it by 35% on Thursday. Italy gets 40% of its gas from Russia but has been working to find alternative sources in countries like Algeria.

And France is no longer receiving any natural gas from Russia. The French gas network operator GRTGaz said Russian supplies via Germany came to a halt Wednesday, after dropping by 60% over the first five months of the year.

The operator said Friday that despite the halt in Russian supplies, no disruptions to gas supplies are expected this summer, in part thanks to more shipments via Spain. France normally gets about 17% of its natural gas from Russia, but overall gas is a relatively small part of France’s energy mix, at about 16%.

The cut in supplies to France was “a consequence of the already-known reduction” of gas supplies via the Nord Stream 1 pipeline, German Economy Ministry spokesperson Stephan Gabriel Haufe said. He didn’t have further details of specific reasons for the cut.

Russia has said Canadian sanctions prevented German partner Siemens Energy from delivering equipment that had been sent there to be overhauled. The German government said maintenance shouldn’t have been an issue until the fall and the Russian decision was meant sow uncertainty and push up prices.

“Both we and Germany and others maintain it’s a lie, there’s a political use of gas” by Russia, Italian Premier Mario Draghi said in Ukraine’s capital, Kyiv, on Thursday.

In Slovakia, Prokypcak downplayed the impact of the cuts despite “facing a real risk (the supplies from Russia) will halt completely,” the CTK news agency quoted him as saying.

In the previous days, the cuts reached 10% on Wednesday and 34% on Thursday. To diversify supplies, Slovakia has recently struck a deal with Norway to receive gas from the North Sea through Germany and also liquefied gas from other countries.

Economy Minister Richard Sulik said the new deals would reduce his country’s dependence on Russian gas by 65%. Before the deals, Slovakia received 85% of its gas from Russia.

Slovakia has about one-third of the country’s one-year consumption in its gas storages and was planning to have enough gas for the winter season stored by July 10.

Austrian oil and gas company OMV said Thursday that Gazprom had informed it of a reduction in supplies but didn’t specify by how much.

The European Union is trying to reduce gas imports from Russia by two-thirds by the end of the year and has used imported liquid gas from the United States to start making up that gap. But an explosion and fire at a key U.S. export facility in Freeport, Texas, took one-fifth of the country’s gas export capacity offline and underlined concerns about the fragility of Europe’s gas supplies.

Short-term natural gas prices remained elevated Friday, at 126 euros ($132) per megawatt for month-ahead gas futures. That is up some 50% from Monday.

Gas prices had fallen with the end of the winter heating season, offering some relief to European utilities scrambling to refill underground storage to have enough to get through next winter.