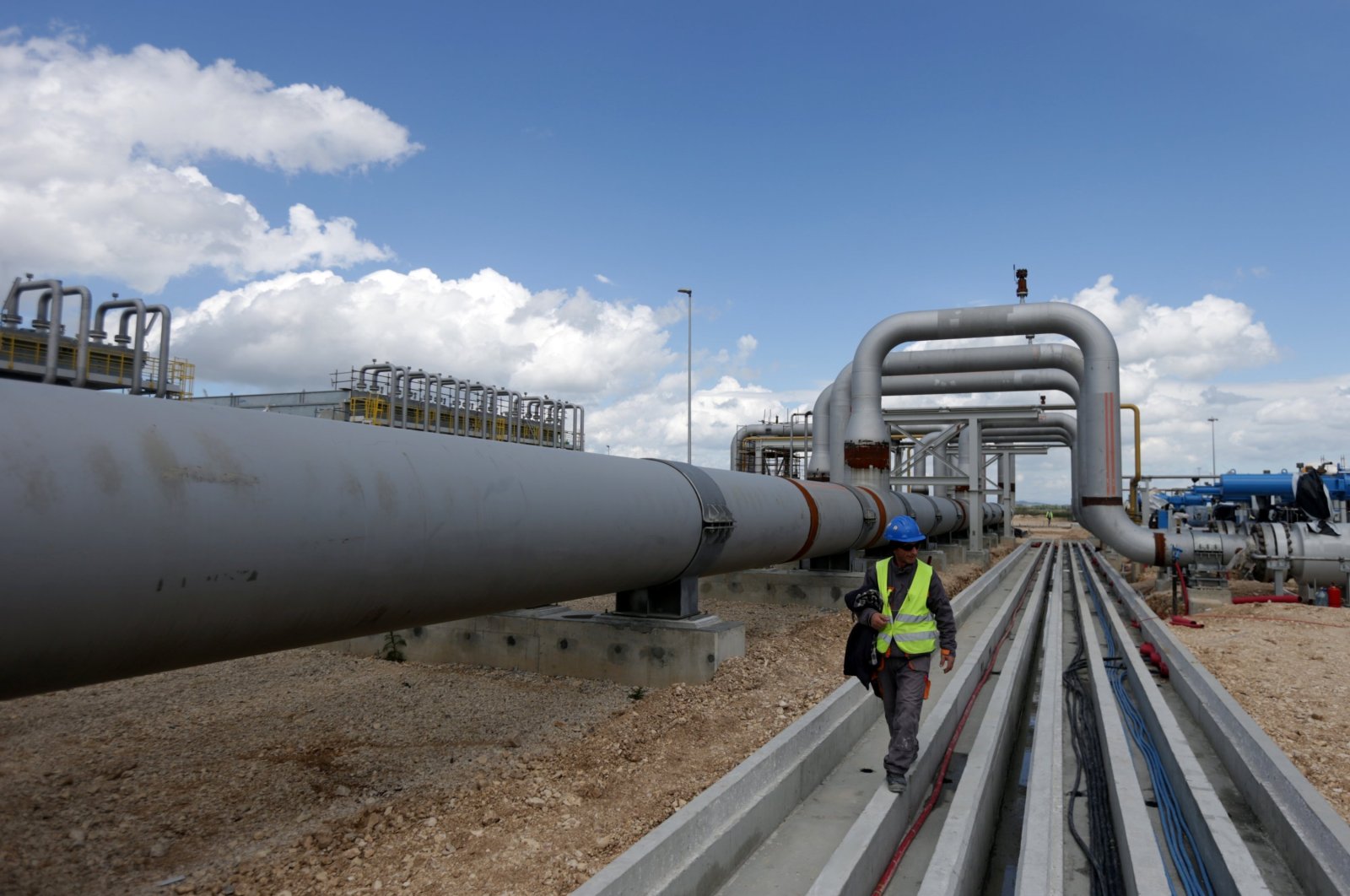 Turkey's natural gas investments not only ensure domestic energy security but also offer a solution to the European Union's current predicament amid the natural gas crisis caused by the Russia-Ukraine war, according to energy analysts.

The war in Ukraine, which is reshaping the global geopolitical and energy order, is also emasculating Russia, one of the world's energy superpowers, while EU countries scramble to find alternative natural gas sources in anticipation of a further decline in Russian gas supplies to Europe.

This comes in the face of several EU sanctions on Russian energy exports and voluntary sanctions by some companies while Moscow punishes European countries that have refused to pay for Russian natural gas supplies in rubles.

Gulmira Rzayeva, the founding director of Eurasia Analytics, sees an opportunity for Turkey to step up its role as an energy hub with its growing importance in liquefied natural gas (LNG) to alleviate the crisis in Europe.

"Turkey's role not only as a transit country but also a country which possesses very scalable infrastructure is growing in the light of this energy crisis in Europe," Rzayeva said.

Speaking to Anadolu Agency (AA), Rzayeva, who is also a senior visiting research fellow at the Oxford Institute for Energy Studies (OIES), explained that Turkey assuming the savior role amid the EU's energy conflict is not only critical due to the crisis itself and resulting high prices, but also "because of the scarcity of gas on the market at the moment."

"Azerbaijan is also gaining very strategic importance for Europe in that sense because Azerbaijan can increase its gas exports to Europe. But then here in the background of all these developments, Turkey is becoming a very important country to help, especially Southeast European countries, to wean itself off Russian gas," she said.

She stressed the important role that Turkey can play as an emerging transit country given its very developed infrastructure, as "European companies can use this infrastructure to bring gas from alternative sources to their countries."

She further explained that this could be realized through both local Turkish and European private companies registering in Turkey, and offtaking gas imported from Azerbaijan or elsewhere into the country, including LNG, for shipment to Europe.

"Because Turkey has around 50 billion cubic meters (bcm) of LNG regasification capacity in the country. So, this is around 90% of the Turkish annual gas demand. Bulgarian companies have already booked capacity in LNG terminals, which means that they can buy LNG at the Turkish regasification terminals and ship it to Bulgaria or any other European countries," she explained.

Brenda Shaffer, a professor at the U.S. Naval Post-Graduate School surmises that Turkey has a much more realistic policy about energy security compared to Europe.

This policy encompasses gas, which according to Shaffer, is needed with or without renewables.

She affirmed that hopes of renewable energy sources someday meeting all the necessary energy needs would be "a miracle" because "this current generation of renewables, hydropower, wind and solar cannot deliver the energy intensity that modern economies need."

"They still run on a baseload fuel of gas or other constant fuel. So, you need gas with renewables or without renewables," she said.

Shaffer asserts that the country is also much more diversified in its gas suppliers with its diversified energy policy that does not just rely on renewables.

"So (Turkey) has projects from Russia, from Azerbaijan from Iran, huge increases of LNG imports. On the energy security side, Turkey did much better than most European countries," she said.

John Roberts, an energy security specialist at the Atlantic Council, notes that the EU plans to reduce its gas consumption as part of its climate change strategy.

The bloc imports on average around 155 bcm of gas annually from Russia.

"It (the EU) was trying to reduce reliance on fossil fuels and it had in its mind a proposal to cut demand by 100 bcm not just from Russia, but from all over," Roberts said.

He added that the Russia-Ukraine war brought these goals forward and forced EU countries to entirely cut dependence on Russia.

He advised that these goals will be reached with about 37-38 bcm of new production from LNG, notably in the U.S., coming online this year, most of which will go to Europe. Similarly, the same gas quantity is expected from alternative sources of energy, notably renewables, while it is still unclear where the remaining 25-30 bcm of gas will come from.

He warned of the likelihood of some countries having short supplies and "demand destruction."

"This is not about people saving gas. This is about people not being able to afford to pay for gas or physically finding they're not receiving gas. This is not simply reducing your own demand by 5 or 10%. It's cutting it out completely whether this is a company, a household, and at whatever level. It's an act of desperation to stop using gas," Roberts said, calling the situation "the most frightening thing."

"Because, if you turn off the gas fire or gas cooker in the house, they're so connected to the internal system and you can turn it on again when you want to. But, if you turn off a town or a factory from its gas power, you have to check every single outlet before you turn the gas back on," he said.

He considers the concerns of European countries like Hungary and Serbia legitimate while warning against a catastrophic collapse of gas demand in certain parts of Europe if the process of reduction of gas is not implemented in a phased-out way.

"This is why Turkey is in a good position because it gets gas from multiple sources. It gets gas from Russia, Azerbaijan and Iran, and it gets LNG from a wide variety of sources. So, Turkey has a flexible policy, and it's that flexibility that is an insurance policy," Roberts said.