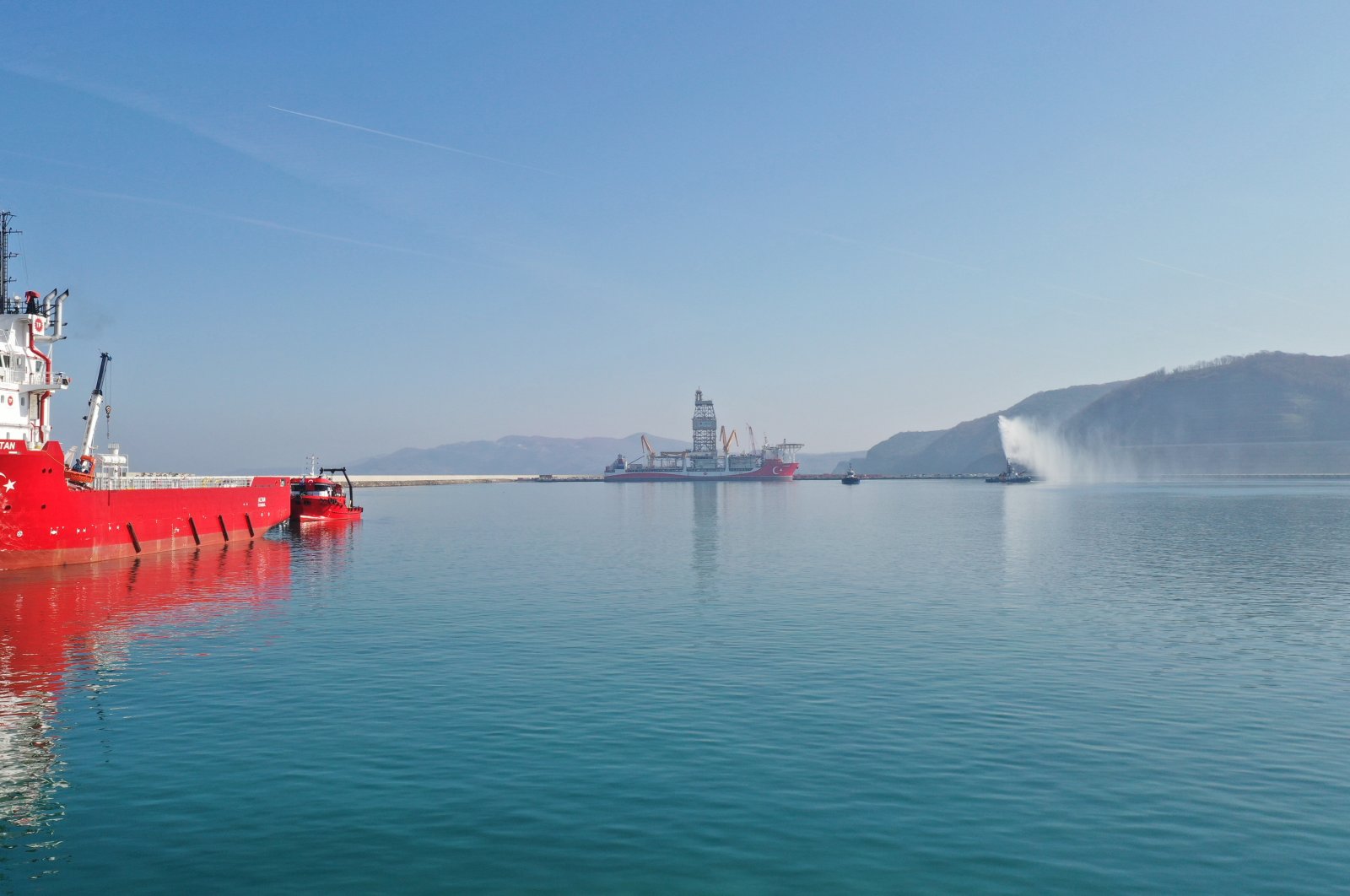 Turkey will rev up efforts and significantly expand its seismic research in the Black Sea where it last year made its largest-ever natural gas discovery, the country’s energy and natural resources minister said Wednesday.

Works will be expanded to cover an area of around 10,000 square kilometers (3,861 square miles) that is within Turkey’s maritime zone and has not yet been seismically scanned, Fatih Dönmez told reporters.

The country has so far completed seismic research in an area of 250 kilometers (155 miles) of its jurisdiction in the region.

“Our goal is to drill an exploratory well this year in one of the fields we see potential in,” Dönmez noted. “And if there is a new discovery, then we will announce it.”

The region is home to Turkey’s largest-ever gas discovery made by its first drilling ship, Fatih, last year.

The vessel found 405 billion cubic meters (bcm) of natural gas at the Tuna-1 location in the Sakarya gas field, located about 100 nautical miles north of the Turkish Black Sea coast.

This gas will be brought ashore via at least two pipelines, Dönmez said. The pipelines will be connected to an onshore gas processing facility in Filyos in northern Zonguldak province.

Engineering studies are already underway to bring the gas ashore, and Turkey is determined to connect the gas to the country’s transmission system by 2023.

“We are now working to prepare the gas field for production. After being brought ashore, the gas will be subject to a separation process. Because elements such as sand, moisture and water can come from under the ground, we cannot press them into the network,” Dönmez explained.

The minister also emphasized that works were underway with both domestic and foreign companies to bring the gas ashore.

“We will drill another 30 to 40 wells in the Sakarya gas field. We will bring the gas ashore with at least two pipelines. There is work to be done on the coast, especially the terminal and budgets of all these are in preparation,” Dönmez noted.

“There will be as many as 30 works that will have to be done here,” he added.

Dönmez stressed that the amount of investment to be made would exceed the previous largest investment made in a single area by the Turkish Petroleum Corporation (TPAO), the national oil and gas company and project operator.

As part of the works, Turkey is said to invest around TL 780 million ($105 million) in the production and transmission infrastructure for the delivery of gas, according to information compiled from the environmental impact assessment (EIA) application report for the three-phased integrated project.

The country looks to build a subsea gas production facility and a 155-kilometer pipeline connecting to the onshore gas processing facility in Filyos.

The first section of the project, which constitutes the subsea gas production facility, will be built in the country’s Exclusive Economic Zone (EEZ) in the Black Sea.

The second section comprises the subsea natural gas pipeline that will be laid 2.2 kilometers below sea level connecting to the third section – the gas processing facility located in the Filyos Industrial Zone.

TPAO will allocate a significant part of the Filyos Industrial Zone to this new facility.

The company was recently reported to have also been considering partnership and gathering funds to carry out work on the Black Sea gas. It has made preliminary contact with several international oil companies, including some of the major ones, to jointly produce gas.

Around 2,000 people are expected to be employed to bring Sakarya gas to the mainland. The new subsea facility and pipeline, which will have a 40-year lifespan, will be operated remotely without staff.

In the first phase of the project, starting from the first quarter of 2023, a total of 10 million cubic meters (mcm) of natural gas per day will be produced from six to 10 wells at the Sakarya gas field.

The production volume will be transferred via pipeline to Filyos where it will be processed, ensuring its gas pressure level conforms with that of Turkey's Petroleum Pipeline Company (BOTAŞ). BOTAŞ will then distribute the gas to its end users.

The facility will process around 3.5 bcm of natural gas from the field annually to help meet Turkey’s natural gas consumption of 50 bcm per year.

Total daily field production from around 30 to 40 wells will reach 40 mcm during the second phase of the project from 2023 onward.

The year 2028 will see the field entering its plateau phase when Turkey's natural gas production will reach almost 15 bcm annually. This will allow the country to meet a substantial amount of its gas needs.

In the meantime, the country’s third drillship, Kanuni, which joined the fleet last year, is set to join Fatih in April.

It departed Istanbul in November en route to the Black Sea for maintenance at the Port of Filyos before starting its mission.

“Hopefully it will complete operations at the port and get to its first mission area in April,” the minister said.