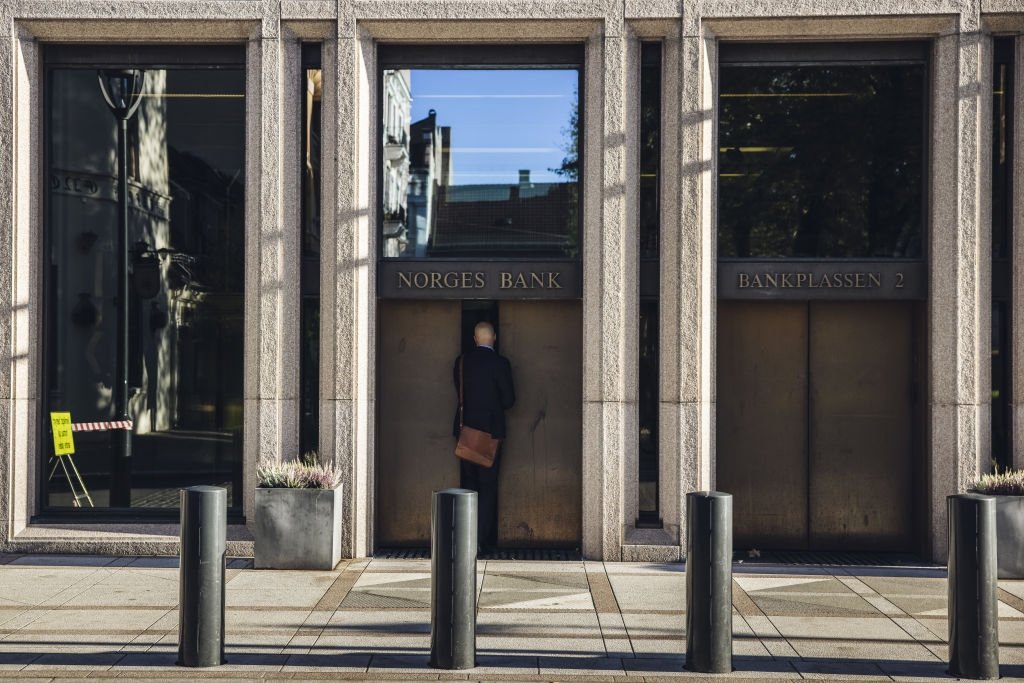 Norway's central bank raised its benchmark interest rate by 50 basis points on Thursday, the largest single hike since 2002 and twice as much as expected by most economists, and plans to hike again in August as the country seeks to control inflation.

Norges Bank's monetary policy committee raised the sight deposit rate to 1.25% from 0.75%, exceeding its own forecast made in March of a hike to 1.0%.

"Based on the committee's current assessment of the outlook and balance of risks, the policy rate will most likely be raised further to 1.5% in August," Governor Ida Wolden Bache said in a statement.

Of the 20 economists polled by Reuters in advance of Thursday's announcement, 14 had predicted Norges Bank would hike by 25 basis points while six said a 50-point increase to 1.25% was the most likely outcome.

The central bank predicted the policy rate could rise to 3% by mid-2023, having previously pointed to a rate of 2.5% by the end of that year.

"(This) underlines how stressed central banks are over inflation," tweeted Torbjoern Isaksson, chief analyst at Nordea Markets in Sweden.

Norges Bank cut its growth forecast for the Norwegian mainland economy, which excludes oil and gas output, to 3.5% for 2022 from 4.1% seen in March, while raising its core inflation forecast to 3.2% from 2.5%.

The central bank targets core inflation of 2.0% over time.

Central banks globally are struggling to contain price growth in the wake of the pandemic and the Ukraine war, leading to a 75 basis point U.S. Federal Reserve rate rise last week, a surprise hike by the Swiss National Bank and new policy tools at the ECB.