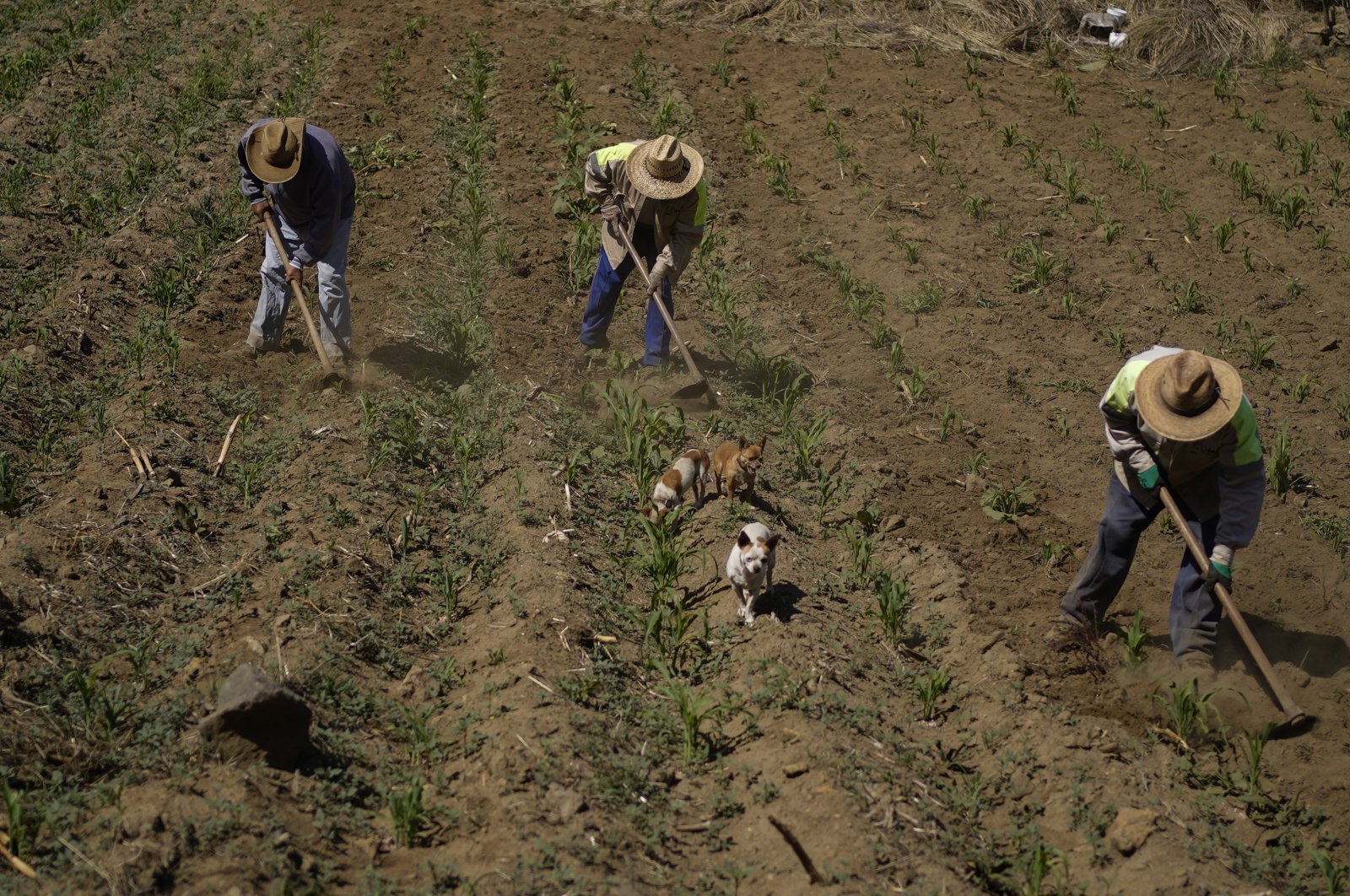 The Mexican government has called on farmers in the country to produce more of their own food in order to move toward self-sufficiency in key products and to control prices for basic foodstuffs amid difficult global conditions.

The corn has begun to sprout on the hillsides south of Mexico’s capital, though it’s unclear whether these shoots will have enough water to grow or whether the farmer will be able to afford the increasingly expensive fertilizer.

President Andres Manuel Lopez Obrador's idea, which involves giving rural families cash payments to grow crops and technical advice, isn’t new, but the ravages of the pandemic, climate change and market turmoil created by the war in Ukraine have given it new urgency. The government wants to head off food insecurity in a country where 44% of the population lives in poverty and where 27.5 million tons of corn are produced, but more than 40 million tons are consumed, according to government data.

Some farmers hope for additional state financial help and subsidized fertilizer. Others are suspicious of government plans. But all hope that this year’s harvest produces enough to feed their families and with luck a bit more to sell in their communities.

While G-7 countries look for global solutions and the United States and development banks prepare a multibillion-dollar plan to ease food insecurity, the United Nations Food and Agriculture Organization (FAO) has welcomed Mexico’s efforts toward self-sufficiency in basic foods, but does not expect quick results.

“We do not see food prices going down, at least this year,” said Lina Pohl, the organization’s representative in Mexico.

The government hasn't given any estimate of how much additional food it is aiming for, saying only that it wants to boost production on 60% of the 1 million hectares (2.47 million acres) in the program.

Brothers Arturo, Benjamin and Victor Corella, three teachers who in their retirement are farming family plots in Milpa Alta in southernmost Mexico City, know everyone is having a rough time, but they are optimistic because after only one year in “Sowing Life,” or “Sembrando Vida” – one of Lopez Obrador’s signature programs – they harvested 1½ tons of corn where they had previously only gotten one.

“The most important reason for planting is that (the whole family) has self-sufficiency in corn, not having to go buy tortillas, but rather try to do it ourselves,” said Benjamin. Now, he said, a government technician coaches them through their planting strategies, improving their yield.

“Sowing Life” was publicized as an ambitious reforestation program that aimed to plant a million hectares of trees producing fruit and lumber. It was also hoped that giving rural families a sustainable source of revenue and a monthly cash payment would keep more of them on their land rather than migrating north.

But the program also included a lesser-known option that Lopez Obrador now hopes to amplify. Some enrollees could choose to receive monthly payments to grow what in Mexico is known as the “milpa,” corn, beans and squash grown together as has been done for centuries.

The “Sowing Life” program counts with an investment of nearly $4 billion and some 450,000 participating growers, each of whom receives a monthly $225 payment from the government. The real number of people involved is far larger though, because to qualify each grower needs to farm 2.5 hectares – more land than many farmers have – and often entire families or even communities pool their land like the Corellas.

Despite the government’s use of the program to counter its less-than-stellar environmental record and doubts about its scientific underpinnings, few have questioned its social impact.

Housed in Mexico’s social welfare – not agriculture – ministry it generates work and food by supporting farmers with technical advice and monitoring.

The U.N. Food and Agriculture Organization sees it as a “fundamental program” helping small farmers improve their quality of life and produce in healthier ways.

Ariadna Montiel, secretary of the welfare ministry, said the goal is to expand the program and offer new support to those already enrolled so they can farm more land, add new crops or start to produce and use organic fertilizers.

That’s precisely what the Corella brothers have in mind.

Montiel said the effort’s results will be seen in four or five months when corn is harvested, but only the growers’ communities are likely to see the prices of those basic foods drop. “If we think about these families, which are the poorest, having this (food self-sufficiency) guaranteed, we remove a concern,” she said.

If they have more than they can eat themselves, they can sell it locally or to the government for a fair price to supply its food programs for the most marginalized.

Strong economies including the United States, Japan and European nations have opted for self-sufficiency as well as subsidizing certain products, even though buying from its producers is more expensive than importing.

While the FAO defends self-sufficiency efforts in food production, it emphasizes that international trade is crucial for all economies.

Some Mexicans have returned to the land without the government’s assistance for reasons either personal or ideological.

“Planting is an act of resistance,” in the face of Mexico City’s growing urban sprawl, said Ana Martinez, an accounting assistant and single mother, who during the pandemic decided to begin farming her grandfather’s land in Milpa Alta.

“It’s about generating consciousness in the community and not abandoning” the land, she said. Martinez belongs to a land defense collective and spends part of her weekends weeding in preparation for her first harvest. She said the government’s program might help some people, but she viewed it as charity. “With land we can survive.”