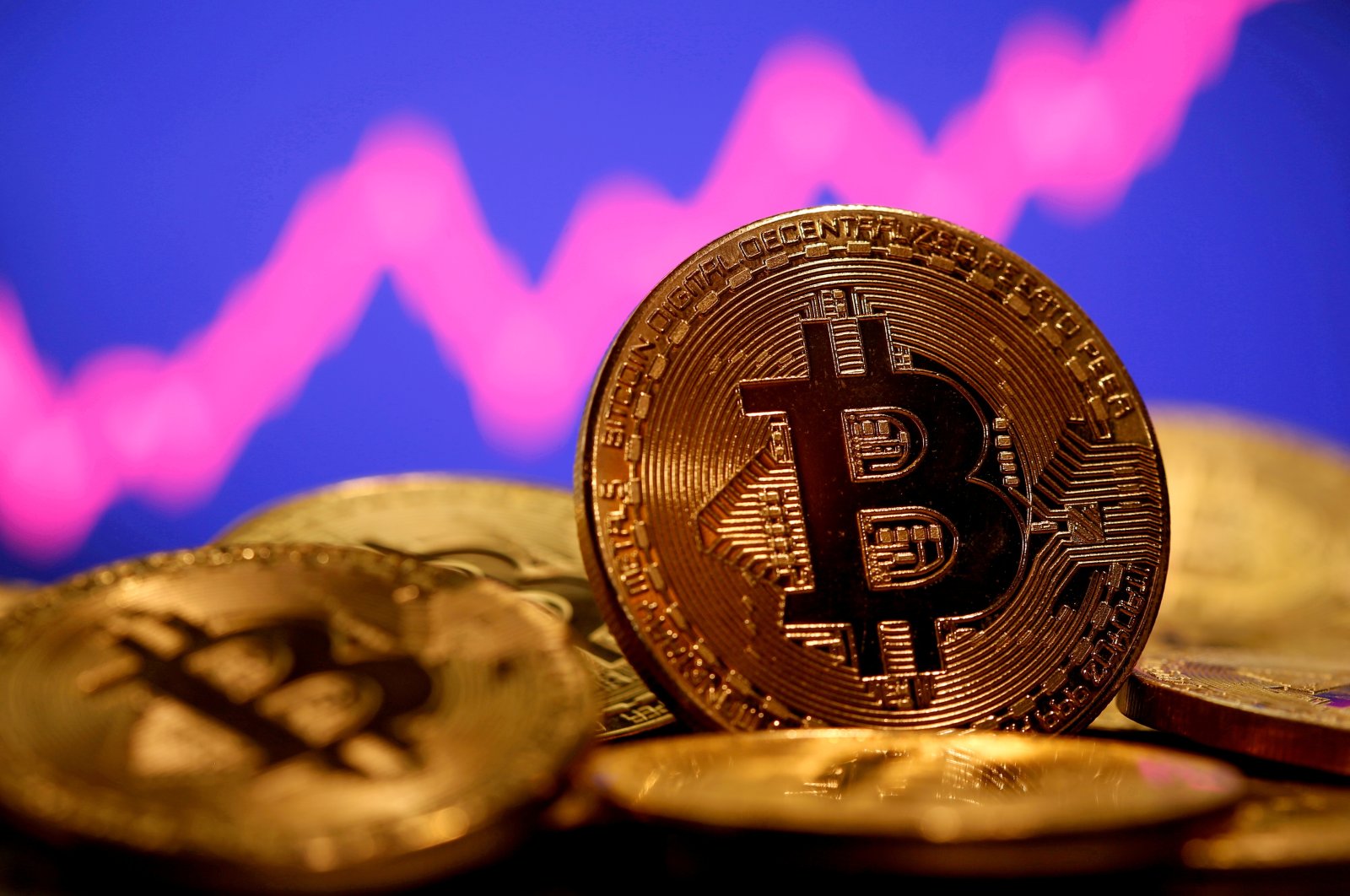 A representation of virtual currency Bitcoin is seen in front of a stock graph in this illustration taken Jan. 8, 2021. (Reuters Photo)
by REUTERS Apr 22, 2021 10:33 pm
RECOMMENDED

London’s High Court this week granted Craig Wright, an Australian computer scientist, permission to serve legal proceedings for copyright infringement against "Cobra," the pseudonymous operator and publisher of the bitcoin.org website. This move could possibly force its judges to take a view on who invented Bitcoin.

Wright, who alleges he created Bitcoin, can now try and pursue his case – titled Wright v Person(s) unknown, "Cobra" – although the defendant might be resident abroad and has not disclosed a name, identity or address, according to court filings issued on Wednesday and seen by Reuters Thursday.

The case hinges on who wrote bitcoin's white paper, which first outlined the technology behind the digital currency, under the pseudonym Satoshi Nakamoto in 2008.

The identity of Nakamoto has long been a hot topic and Wright's claim is fiercely disputed, not least by Cobra.

"Bitcoin.org isn't based in the UK and Craig's copyright claims over the whitepaper can be easily verified to be false ... ," Cobra messaged Wright's lawyers Ontier over Twitter on Jan. 20, according to court filings.

Wright, who is resident in Britain and alleges he has the evidence to support his claims, accuses Cobra of wrongfully controlling the bitcoin.org website and demanded that it remove the white paper.

"The case will turn on whether the court is satisfied that Dr Wright did indeed author – and owns the copyright in – the White Paper and, therefore, that he is Satoshi Nakamoto," said Simon Cohen, a lawyer at Ontier, representing Wright.

A statement published on bitcoin.org on Jan. 21 dismissed the claims as "without merit."

Reached by email, Cobra said: "We've been threatened to take down the Bitcoin white paper by someone who obviously isn't the inventor of Bitcoin (if he was, that would make him the 25th richest person in the world, which he obviously isn't).

"Seems like he's trying to abuse the UK courts to make them try to censor the white paper and harass small websites like us providing education content with his behavior."

It remains unclear whether Cobra will reveal its identity to defend the claim and avoid risking any default judgment in Wright's favor.