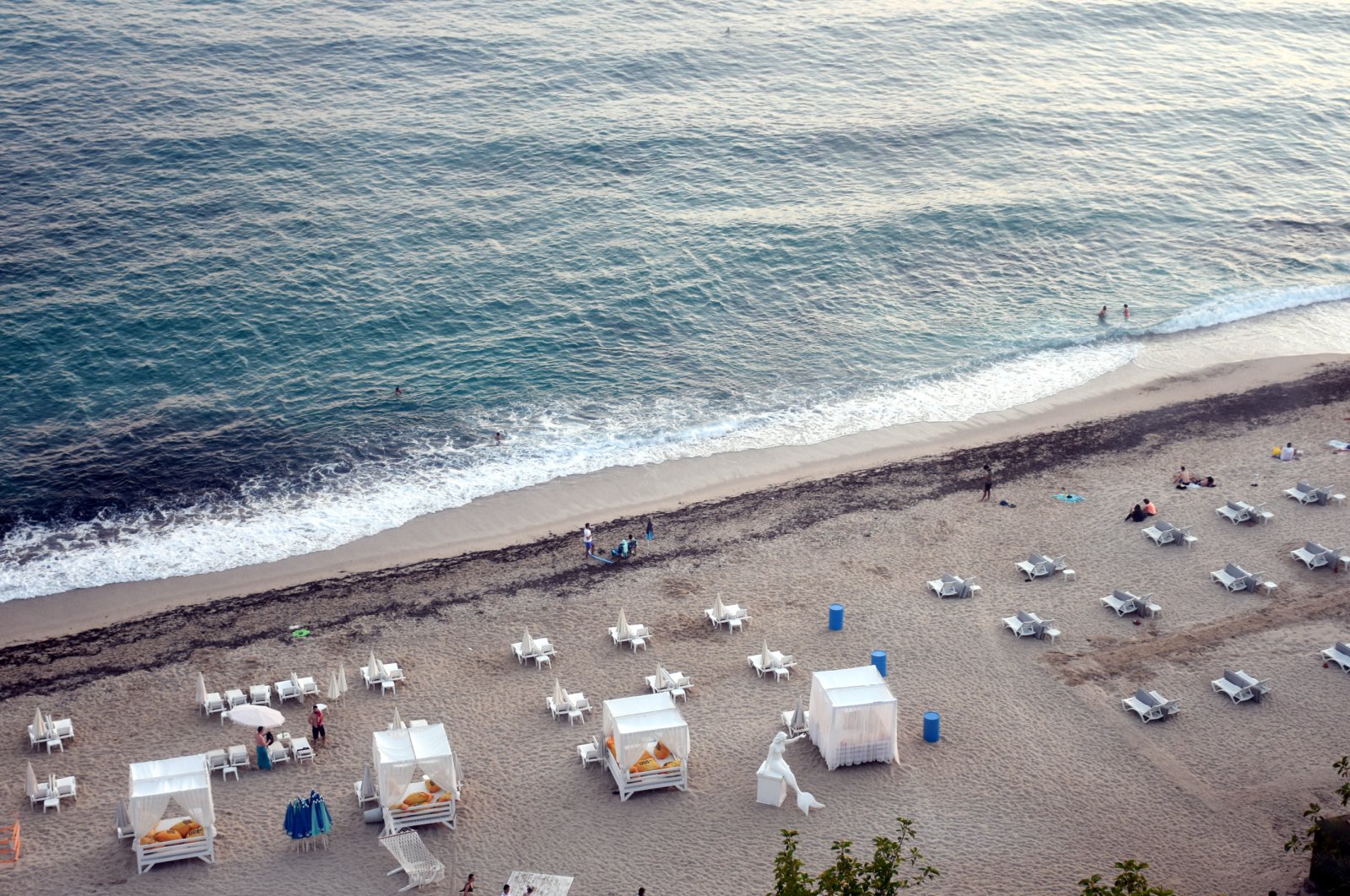 Touristic facilities and beaches in the Alanya district of Antalya reopened in line with the instructions announced to curb the spread of the coronavirus. (AA File Photo)
by Daily Sabah with AA
Jun 30, 2020 12:27 pm

Turkey is the best place to relax after the strain of quarantine, said the CEO of Turkish-German carrier SunExpress, one of the first airlines to resume flights to and from the country

Turkish tourism will recover from the pandemic fallout "without a doubt" thanks to its proven resilience in dealing with crises, according to the CEO of Turkish-German carrier SunExpress.

"There is one sentence that perfectly describes Turkey: Turkey is a rebound country," SunExpress CEO Max Kownatzki told Anadolu Agency (AA) in a report published Tuesday.

In addition to its famed hospitality and friendliness, Turkey can be proud of offering a wide range of options, a strong and diverse tourism industry and professional infrastructure, he stressed.

Kownatzki stressed that passenger numbers were higher than expected as there was a significant rise since the first flights restarted, both domestically and internationally.

"It seems our passengers missed flying as much as we did," he said.

However, he underlined that returning to usual operations on international flights will depend on countries mutually lifting their travel bans or warnings.

"As the bans get lifted, we will continue to add new destinations and increase the flight frequency," Kownatzki noted.

Touching on steps taken globally to stem the virus' spread, Kownatzki said in many countries, bureaucrats imposed decrees that could not be implemented by the industry.

"But in Turkey, politicians transparently communicated their targets and worked with industry experts to implement measures for our mutual goal to provide world-leading hygienic standards for air travel," he explained.

"And as a Turkish-German carrier, in many cases, we go beyond the standards that most airlines have implemented through the European agencies or the American institutions," he underlined.

As Europe's economic recovery will likely take some time, Kownatzki said, "Countries that offer safe and hygienic travel with excellent value for the money will come out the winners from this crisis, and Turkey, I am sure, will be one of them."

He added that there is still a strong demand in Europe to travel to Turkey thanks in part to the Turkish diaspora on the continent.

Turkey welcomed 51.9 million visitors last year, a rise of 13.7% from the previous year, made up of 86.2% foreigners and 13.8% Turkish citizens residing abroad, according to Turkish Statistical Institute (TurkStat) data.

"We saw in past years that even terrorist attacks or political tensions couldn't stop these friends of Turkey from coming and visiting the myriad cultural heritage sites, enjoying the great food and relaxing in the sun," Kownatzki said.

As SunExpress works with the largest European tour operators, he said the signs he has seen from them, especially the ones that specialize in Turkey, are very positive.

"Our European customers really enjoy Turkey's climate and riviera, and as soon as the bans and travel warnings are gone, the demand will pick up," he predicted.

SunExpress recently shuttered its German subsidiary when the pandemic forced them to reconsider plans and targets, said Kownatzki.

In light of this, the company decided to focus on Turkey, ceasing its operation between Europe and non-Turkish tourist destinations such as Egypt, Bulgaria and Italy. This has made SunExpress an even more reliable partner of Turkish tourism, he stressed.

"This means we will secure the sector, no matter how this crisis unfolds. Turkish tourism has a reliable and robust aviation partner in SunExpress," Kownatzki highlighted.

SunExpress last year saw a passenger load factor of 83% and carried an impressive total of over 10 million travelers.

Underlining that the company is "the natural air bridge" between Germany and Turkey, Kownatzki said: "We see that this market will recover soon. I'm optimistic about Turkish tourism too."

The company recently launched a campaign throughout Europe to promote Turkey, he noted.

"Most people, including me, are tired of the quarantine situation. All they want to do now is to sit back and relax on a lounge chair on a beautiful beach. And Turkey is the best place to make that dream come true," Kownatzki added.

Based in sunny Antalya on the Mediterranean shore, SunExpress was founded in 1989 as a joint venture of Turkish Airlines and Germany's Lufthansa.

Each year, Antalya hosts more than 4 million German tourists, whose travel plans carry crucial importance for the recovery of Turkey’s tourism industry due to their large population and generous holiday rules. Turkey is the third-most-popular holiday destination for Germans after Spain and Italy. In 2019, it hosted more than 5 million visitors from Germany, an 11.4% year-on-year increase, according to government data.

Turkey's tourism industry enjoyed a buoyant year in 2019 with more visitors and soaring revenues. Tourism revenues hit $34.5 billion (TL 236.40 billion) last year, a record high, according to a report issued by TurkStat earlier this year. That was a 17% increase compared to the sector's revenue of $29.5 billion in 2018, the statistical authority said.

In the wake of the pandemic that hammered global tourism due to imposed restrictions, including the suspension of flights, Turkey's Culture and Tourism Ministry launched the Safe Tourism Certification program in partnership with the Foreign Ministry. The program covers a broad range of safety measures in transport, accommodation and hygiene, both for employees and tourists, according to the Tourism Ministry.

The certificate, which is also issued by international certification institutions, validates the execution of high-level health and hygiene requirements in airline companies, airports and other transport hubs, as well as in accommodation outlets and food and beverage facilities.