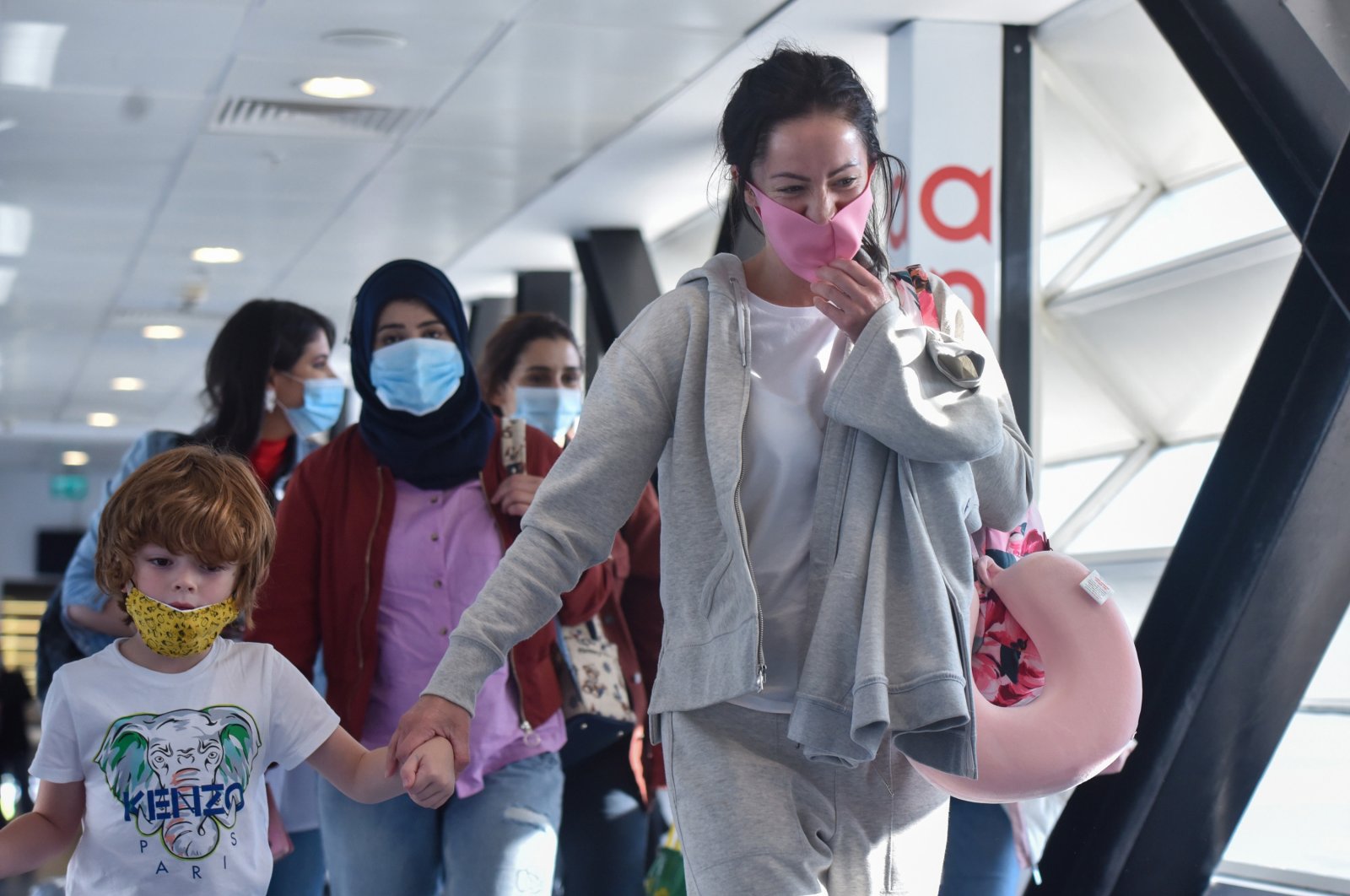 This file photo shows people arriving at an airport in the southern province of Antalya, Turkey. (DHA Photo)
by Daily Sabah with AA Apr 22, 2021 2:29 pm
RECOMMENDED

"While 94.2% of domestic tourism expenditures were individual with some TL 30.3 billion, 5.8% were package tour expenditures with nearly TL 1.9 billion," TurkStat said.

Official figures showed domestic visitors made around 469 million overnight trips, while the average number of overnights was 10.9 and average expenditures per trip totaled some TL 753.

The primary purpose of domestic trips was visiting relatives, accounting for a 69.1% share of total trips.

The second reason for trips was travel, leisure or vacations with 17.2%, and the third reason was health with 4.8%, TurkStat said.

Domestic visitors mostly stayed at the homes of a friend or relative, with 311.5 million overnight stays in 2020.

The country’s foreign tourism was also heavily affected by the pandemic. The number of foreigners visiting the country in 2020 fell 71.7% year-on-year and exceeded 12.7 million, according to the Culture and Tourism Ministry data. Also, the sector’s revenues dropped 65.1% year-on-year to $12.06 billion from $34.5 billion in 2019.